Tim Berners-Lee invented the web. Can he save it? Good practices include government and corporations ensuring access to modern infrastructure and the necessary skills to use the internet; upholding privacy regulations; and that healthy competition exists. Image: Shutterstock

Facebook, Alphabet’s Google, Microsoft, Twitter — they all endorsed the “Contract for the Web,” a document that Tim Berners-Lee, the man credited with inventing the World Wide Web, hopes will make sure the internet doesn’t spawn a dystopia of unequal access, zero privacy and manipulated information.

Those endorsements are enough to dismiss Berners-Lee’s action plan as so much idealistic blather. I’ll believe in the tech giants’ good intentions when they sign on to the web inventor’s other project, Solid, designed to give users full control over their personal data. Or if they adopt the business model proposed by another web pioneer, Brendan Eich, the creator of the JavaScript programming language.

The contract is the product of a campaign to save the web that Berners-Lee launched a year ago. Some 80 organisations worked on its nine principles, calling for action on the part of governments, corporations and ordinary users. Nations are supposed to make sure everyone has access to modern infrastructure and the necessary skills to use the internet; that content and privacy regulations uphold human rights; and that healthy competition exists. Companies are supposed to keep services affordable, respect privacy and promote open-source technology. Users have a responsibility to keep online discourse civil and fight for their rights.

In short, all the bad practices should be abandoned and all the good ones promoted. The same governments and companies that have allowed the bad practices to proliferate now will behave differently, Twitter’s howling mobs will be shamed into silence and Facebook’s fake-news-targeting machine will grind to a halt. Not going to happen.

It’s not that Berners-Lee is naive. The Solid project shows he understands that the web’s problems are caused by predatory business models based on the monetisation of people’s personal data without their informed consent (and no, hitting a button to make an annoying pop-up go away isn’t that). The idea behind Solid is that every web user should keep personal data in a secure place, and applications should merely access it for their purposes with the user’s permission instead of accumulating the data. This would make life easier both for users and for app developers, who suddenly would be free from the hassle of storing and manipulating all that data.

But three years after the first version of Solid was released and a year after Berners-Lee launched a start-up, Inrupt, to commercialise it, it’s still far from being a household name. There aren’t nearly enough apps built for the platform for anyone but a small group of enthusiasts to bother with trying to understand how it all works, and popular websites still invite users to log in using Google or Facebook rather than a Solid POD, or personal online data store.

Eich’s project tackles the data-harvesting problem from a different angle. Brave, Eich’s web browser, doesn’t transmit everyone’s internet usage data to its parent company the way Google’s Chrome does. What it does instead is to allow users to sign up for blockchain-based “basic attention tokens,” which are rewards for viewing ads. The tokens can be used to pay for eligible services. This takes care of the consent and ad-personalisation issues: I use Brave on my smartphone and see only those ads that can’t be kept out by its ad blocker, but if I chose to, I could opt into viewing more of them and get paid, sort of.

Eich’s project has made a bit more progress than Solid. The browser, according to its creators, has 8 million monthly active users and some 37 000 “content creators” who accept the tokens. The biggest of these is Wikipedia, and some major media outlets such as the Washington Post and the Guardian are on the list. But it still doesn’t make much sense for users to sign up, unless they like the adult service Xhamster, which has the second-highest traffic rank after Wikipedia among Brave partners. There’s not enough useful content that can be bought for the tokens. And, of course, a number of other browsers have far more users than Brave.

Inrupt’s and Brave’s attempts to reinvent how the web works would take off in a big way if internet giants such as Google, Facebook and Twitter embraced them, agreeing to reinvent their business models to make them less harmful. Neither Berners-Lee nor Eich expects them to do that, of course, but the limited progress they have made show how late in the game they’ve come up with their fixes for what’s wrong with today’s internet. I wouldn’t go so far as to call their efforts quixotic: These are great ideas, and they have enough followers to keep them alive if not to take over the world. But both Berners-Lee and Eich are Davids facing a number of corporate Goliaths who are good at batting away all kinds of stones.

When it comes to generically civic-spirited documents, the Goliaths are always happy to sign up. Hold on, though: Amazon wasn’t among the signatories at the time of this writing. Perhaps it simply doesn’t want to appear hypocritical.

The future is decentralised.

Everyone hates bitcoin – and that’s causes them to ignore what’s really going on.

No one understands ethereum. 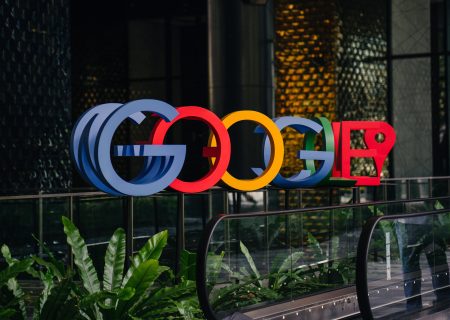