Treasury has laid down the challenge 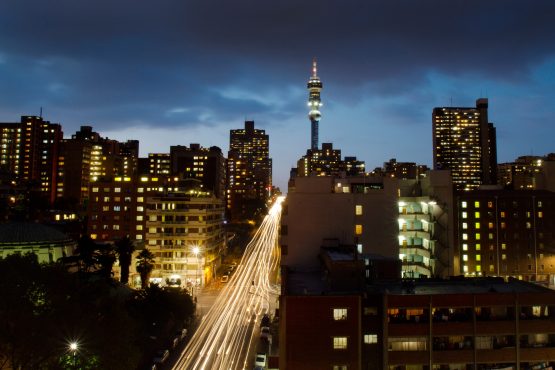 The proposed reforms are unlikely to please everyone, but the only thing that matters now is action. Photographer: Nadine Hutton/Bloomberg

The strategic economic plan released for comment by National Treasury this week opens with an unambiguous statement:

While this shouldn’t come as news to too many people, it is a telling way to begin a document like this. It is not so much a statement of fact as a challenge.

South Africa has presented many macroeconomic plans in the past. Many of them have been extremely good, as this one is. The problem, however, has always been in the execution.

Treasury’s document itself acknowledges this. It states that the major reforms it is proposing are drawn from the National Development Plan (NDP), which was released in 2012. That there has been a lack of execution on the NDP in the past seven years is explicit.

The first part of Treasury’s challenge, therefore, is to the rest of government. Will the cabinet and government departments accept that the proposals Treasury has presented are the only credible way forward?

The plan states: “The government should urgently implement a series of reforms that can boost South Africa’s growth in the short term, while also creating the conditions for higher long-term sustainable growth. The specific and detailed reforms outlined here demonstrate that the only way to raise South Africa’s potential growth is through the implementation of a series of deliberate and concerted actions across a range of fronts.”

It is also no longer any good just agreeing with Treasury in principle. The only response that matters will be the action that follows.

The second part of Treasury’s challenge is to the other two critical stakeholders in the process – business and labour. Will they get behind these reforms and play the roles that they must in order for them to succeed?

“It talks of a social compact in which government is providing an enabling environment, and in which the private sector must stand up for the social good beyond its own narrow self-interest when dealing with government policy requests,” notes Intellidex analyst Peter Attard Montalto.

This is not about summits and councils and delicately managed compromises. It is about just getting on with it.

There is no scenario under which South Africa reforms its economy by keeping everybody happy all of the time, and there is therefore no point in trying to manage it that way. What is required is for all parties to acknowledge the need for reforms and support their implementation, but to continue to argue their individual causes as the process unfolds.

The intention must not be disruption, but to hold the government to account at every step. That is how a robust democracy works, and how the best solutions ultimately prevail.

Treasury’s final challenge is to the rest of society. It is effectively asking: ‘So, who is with us?’.

As Attard Montalto argues, it is a political statement as much as anything else.

“We view this paper as drawing fault lines around evidence-based policy and leadership in getting reform done,” he notes. “The language is hard-hitting and frank, and it exudes a can-do attitude – asking simply how to get faster growth.”

This is not just a challenge to the factions within the ANC, but to every South African. The proposed reforms are not going to please everyone, but what is your vision for this country if you are not going to support them?

A plan with ‘disruptive purpose’

“This paper is going to cause political fall-out, but we think that is its disruptive purpose,” says Attard Montalto. “And if it can mobilise and solidify a more robust evidence-based debate on policy – lacking in so many forums, such as Nedlac – as well as additional pressure from business on the president for reform, then it will have been a success.”

“It is critically important that we banish hesitation in our quest to set South Africa on an inclusive and sustainable growth path.”

That neatly summarises the response it would appear Treasury is hoping for – an eagerness to get on with it.

But if anyone has better ideas, they are welcome to tell National Treasury about them. Public comment on the plan is invited until September 15.

Cosatu up in arms as expected (masters at putting together instant press conferences, should have been a PR co). Leninist SACP not a peep yet..

Keep in mind that this “plan” is way above the understanding of most South Africans. Way above.

Just listened to one of the most senior ANC top six cadres trying to defend coal. He said.

We cant just sell coal power stations and close them as renewable’s wont be able to compensate. Can you imagine? This is what is supposed to be a senior leaders understanding. He honestly believes there are people dumb enough in the world that would pay R450 billion for power stations and then close them down.

I am now certain there are people dumb enough but just not sure if they have the money.

Document from Treasury and Tito is not a plan – it’s a discussion paper; you have til 30 September to respond directly and tell them you disagree

Correction: till 15 September, not 30 Sept

Good points but my view, based on 25 years of ANC misrule is that Tito’s gabble is mere puffery to try and head off the ratings agencies, maybe written when he’d had a dram or two. Taking any positive statement from and ANC mouth as truthful and to be committed to action is a mistake. Nothing will come of this.

Agreed. No delivery coming from this. Unions appalled and that wizard Patel probably planning a laxative for Titos tea -imagine that most inept and incompetent non deliverer reading the paper…

We must get rid of the unions.

If you think anyone other than the unions dictate economic policy in SA, you are delusional.

We should consider the fact that “the plan” comes down to the cancellation, or scrapping, of resolutions taken at the Polokwane Conference of the ANC in 2007 where Jacob Zuma was elected as president. The plan includes the de facto scrapping of resolutions taken at the Nasrec Conference of 2017 where Ramaphosa was elected as president.

In short, for this plan, that is the only alternative to economic catastrophe, to be successful, all the resolutions that were taken at every ANC congress have to be scrapped. For this plan to work, the ANC has to be scrapped. Therefore, this plan is doomed to fail.

Thank you Sensei, a true understanding of our position

More evidence that Africa governments and friends are, with a few exceptions ,not capable of critical thinking nor making rational decisions and are thoroughly delusional. A lethal combination.

Arrogance and ignorance are bedfellows. This toxic duo has led to the downfall and destruction of many businesses and countries that once offered huge potential. This duo is on display in parliament, as well as in every service-delivery protest. Shebeen politics cannot deliver a winning nation.

Sensei, you uttering the lone voice of reason, when will we see a compilation of your “Nostradamus visions” in book form ??
Me thinks your following deserving of a guest at TV show!!!
Regards
TTFAN

TTfan, I appreciate your kind comment. I am quite circumspect about stating my realizations in the public domain. I may well be the type of person about whom Winston Churchill made the following remarks:

“He is a sheep in sheep’s clothing” or, “He is such a modest man, but then again, he has a good deal to be modest about.” ☺

“There is no scenario under which South Africa reforms its economy by keeping everybody happy all of the time, and there is therefore no point in trying to manage it that way”.

Yup. The objections coming from Cosatu and SACP boil down to that they haven’t been sufficiently schmoozed. The tripartite alliance is an anachronism and counterproductive.

I have a plan that I’ll meet a 25 year old blond $ billionaire (made through a line of breweries) and live happily ever after. Actually its a delusion but lets call it a plan ok?

How will SA respond? Where’s my free house, where’s my land, must fix my illegal connections, taxes only stupid people pay that, where can I find details of the next strike etc.

Comments may be sent to Rita.Coetzee@treasury.gov.za by 15 September 2019.But if you haven’t read the document, don’t comment!

That link only leads to a covering letter ?

For the paper try