The long-term damage of the riots and looting to SA is vast and as yet incalculable.
By Zwelakhe Mabece 31 Jul 2021  00:59 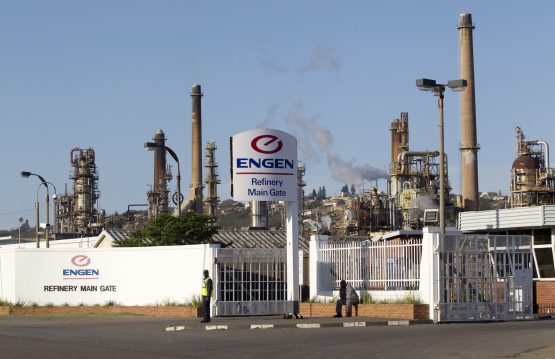 South Africans tend to take uninterrupted fuel supply as part of the natural order of things, but that was rudely challenged in the last few weeks when Sapref, which accounts for about 35% of the country’s refining capacity, declared force majeure and shut down its refining plant due to the violence that engulfed parts of the country in July. The refinery, jointly owned by Shell and BP, had only recently recommenced operations after being shut down for maintenance.

What few South Africans realise is that this means three out of SA’s five refineries are now shut down for a variety of reasons, from force majeure to maintenance and repairs. This places greater reliance on imported fuel, which is already at its highest level in a decade, according to S&P Global Platts.

On top of this, Engen’s 125 000 b/d refinery in Durban is being repurposed as an import storage facility. Years of under-investment in refining capacity has left SA increasingly reliant on imports, and that trend will only increase over the next decade. The demand for additional storage capacity will continue, creating opportunities for those willing to assume the risks of entering this space.

Neighbouring countries that are heavily reliant in SA for fuel are looking with alarm at the riots and looting that played out in Kwazulu-Natal and Gauteng recently. Discussions are already well underway to seek out alternative supplies via Mozambique, Angola and Tanzania. The Botswana Ministry of Mineral Resources advised that it has enough fuel reserves to meet expected demand despite the disruption to supply routes in SA, but that local Botswana oil companies were obtaining supplies from alternative sources. This is a trend repeated across the sub-continent.

Those who believe we can put the riots behind us and return to normal are deluding themselves. The long-term damage to SA is vast and as yet incalculable.

That’s the first trend to look out for: SA’s increasing reliance on imported fuel, and supply chains being reconfigured to reduce reliance on SA.

Here are a few more trends to watch:

2. The exit of international oil companies (IOCs) and a wave of BEE and private equity take overs. Expect to see a wave of IOC exits from SA in the coming decade due in part to the aforementioned regulatory regime as well as negative perceptions of SA sovereign and political risk. This is not much different from the exit of international investors from the SA mining sector, and for much the same reasons. This will create opportunities for local private equity and BEE players to step into the breach, as IOCs look to reduce their carbon footprints, and that means greater focus on greener energies such as natural gas.

3. Liberalisation of regulations to unlock access to upstream drilling, imports and storage. On July 1, 2021, the Upstream Petroleum Resources Development Bill was introduced to Parliament and provides investors with greater regulatory certainty than was previously the case. The latest version of the Bill requires “right holders” to set aside a minimum of 10% undivided participating interest for black people, and petroleum right holders are required to sell a percentage of their petroleum feedstock to the State Petroleum Company to assist the state in meeting its strategic fuel requirements. Minimum work and spending commitments are now a requirement for rights holders, and petroleum rights are valid for nine years in shallow waters and 14 years in deep waters. This is designed to attract big foreign investors and may seem to contradict Point 2 above, but it doesn’t, since this bill, at least at this stage, is intended to focus on exploration and the proving of reserves. The exit of IOCs from late stage investments on the one hand to the entry of IOCs into early stage projects that reduce their carbon output (as natural gas will do) will happen simultaneously.

4. The transition to clean fuels, particularly gas and hydrogen. This is a market-driven trend, and is already in evidence in mining (Busmark and Angloplats, for example, are piloting hydrogen trucks and buses). The massive gas find off the coast of northern Mozambique – though currently crippled by terrorism – will benefit SA to the extent of introducing natural gas into the electrical power grid as well as into businesses that have been forced to re-examine their over-reliance on an unreliable Eskom grid. LPG is more efficient than solar for business needs, at least for now, and cleaner than coal, so it will feature powerfully in SA’s energy mix going forward, even if it is seen as a transitory solution (given the fact that it is not carbon neutral).

Some of these trends will play out over the next decade, but others I suspect – such as the switch to cleaner burning fuels such as LPG and the decision by our neighbours to reduce their reliance on SA as a source of fuel – will happen much quicker.

With reference to the above in the article: it’s 100% correct –
the big problem for sa is that the actual looters themselves do not understand what a negative effect their action had on sa’s economy in total and will directly negatively effect themselves from now on for decades to come, i have proudly cut my own throat with an attitude towards life: ” i have nothing, so i lose nothing”. the worst is that the people who actually encouraged and flamed the looting on due to anc infights and simply just used the poorest of the poor to do their dirty work, are still walking around scott free

You describe the reason why no democratic nation can be more prosperous than the average voter. Politicians and government employees do not generate revenue. They parasitize the average voter. Now, when the average voter in a socialist country already is a parasite himself, things can only go downhil from there. The parasites will fight each other over the carcass of the host. Parasitism is called “empowermemnt” and “redistribution” and plunders people who add value, to support those who destroy value.

The inferiority of this group is proven by the fact that they need special programs and laws with special racist names to create opportunities for them by handicapping others. They use the law to steal larger slices of an ever-shrinking pie.

A nation that rewards parasitism en punished value-adding behavoiur is on the road to hyperinflation, anarchy, and enslavement. The slave mentality allways succeeds at enslaving itself.

Ten to one natural gas and hydrogen will also see retail prices regulated. In other words no competition, no benefit to us the people of SA that are the actual owners of the natural resources.

I am very glad that I have no exposure to the fuel industry. Regulated prices, ownership prescriptions at producer and downstream levels, dirty product. We have one electric car, will have more ASAP. It is hard to imagine what is attractive about the sector for anybody but the people that benefit from market distorting regulations.

Will the ANC give Mobil back its markets share after disinvesting years ago?

Key objective;
No, NOT ensuring cost effective supply of quality fuels for retail and industry… That’s just silly.
Let’s focus on the background and colour of who owns fuel stations with a Charter.

SA is fast becoming a failed state, and is doing absolutely nothing to change its course downward.
No matter if you read about fuel, food, inane lockdown rules, just pick a topic….