‘For the first time since 2014 the majority of respondents are saying sales volumes are increasing’: Justin Schmidt – manufacturing sector head, Absa Retail and Business Bank.
By Simon Brown 25 Jun 2021  10:27

SIMON BROWN: I’m chatting with Justin Smith, manufacturing sector head at Absa Retail and Business Bank. Justin, I appreciate the early morning time. The Absa Manufacturing Survey came out for Q2 2021. We are seeing rising confidence among manufacturers. I looked at that and I thought it weird – but actually a base effect. Broadly, business confidence was at its highest level since 2012. Is this the base effect or is it perhaps from the announcement from the President around the 100 megawatts, and the mining sector doing well? Is there real confidence starting to bubble up?

JUSTIN SCHMIDT: Simon, definitely there are some base effects because when we ask manufacturers about their confidence, we do look at it versus 12 months ago. So quite clearly there is that bit. What we’ve got to remember is some of the components in this that we look at, so we dive into the deep detail. For the first time since 2014 the majority of respondents are saying sales volumes are increasing. Why that’s important is if we look at their forward-looking expectations for the next 12 months, they are looking confident about the next 12 months of orders and sales. So there’s that.

I think they seeing stronger selling price increases, which is surprising, especially on the export side when the rand has improved over that time. So some of those are definite base effects, but I think there’s a lot of trend points there that are really positive.

The other side is that this is the highest confidence we’ve seen since 2012. We also have all but one of the subsectors increasing in confidence. The one that came down was textiles, which is actually at a high level and seeing a lot of good growth. So yes, base effects, but I think there’s a lot to be positive about.

SIMON BROWN: Manufacturing used to be very much – and we are going back to what, the eighties and so on – focused predominantly around mining and the like. Is it still very much driven by mining, because obviously, that’s a space that is doing well with the commodity prices?

JUSTIN SCHMIDT: I think we see the benefits of mining increase; when you look at where the main drivers of the sector are, a big subsector is metals and non-ferrous metals. So obviously there’s a link there. But also when we go into the food and beverage sector, that’s been a shining star. We’ve seen what’s happened in the agricultural industry and therefore agro-processing has kind of risen with that. So those are two very big ones.

And then we’ve worked the automotive. We all know the successes there, we know that there’s increasing output coming from that sector. We know the problems with semiconductors, but that’s not yet causing major problems for the local industry.

So those are three of the big players. And then the chemicals – the obvious one is the force.

SIMON BROWN: Automotive is always the one I forget, and it’s slack of me because we actually have a fairly large automotive [sector]. You mentioned some chip shortages. Are the there issues with supply chains, particularly if you’re importing raw materials? Certainly we’ve seen challenges in a number of industries. Is that filtering through?

JUSTIN SCHMIDT: Simon, I think we mentioned this in the past three surveys. This has been something that’s bubbling under, and it just doesn’t get out of the system, so this is definitely a hangover from the global supply chain shocks. We are also seeing a quicker than expected recovery globally. Just interestingly, global demand is at a record high and global PMIs (purchasing management indices) are at record highs. The purchasing manager index measures the output of the industry. So we are seeing a bit of a double whammy, where you still have the supply-chain issues and then good recovery globally.

So the good news is that, while steel probably led us into this shortage locally, we are seeing that issue make its way out of the system. But we’ve seen plastics, food, and beverage packaging manufacturers as an example, where there are slight shortages in those plastic inputs.

So we’ve seen it across the board. And then in this quarter, it’s moved into all subsectors essentially – this raw material shortage. But the positive is that the raw material [situation] versus forward-looking demand is at its lowest level ever. So the positive is that means there’s forward-looking demand that these manufacturers are trying to produce for.

So we just hope that there are no major shocks again and that they can continue to build up the raw materials as they have been doing over the last two quarters, rather than losing out on sales.

SIMON BROWN: Got you. Every time we talk, one of the dark spots has been Eskom – the security of power, the cost of power. The announcement by the President around the hundred megawatts hasn’t yet been gazetted. I hate the cliché, but this must be game-changing. Even if manufacturers aren’t going to produce their own power, more power in the grid means probably less load shedding. Maybe the office parks or the industrial parks are going to put their own capacity in. This will take a significant burden off their shoulders, albeit it’s going to take a couple of years to really filter through.

JUSTIN SCHMIDT: Yes, Simon. I think what we are looking for is just to get this regulatory act gazetted and see that this is finalised – and that could come relatively quickly. I think the good news is we know a few manufacturers, a few farmers, business people who have one-megawatt installations and could move those up to three megawatts immediately. A three-megawatt installation for them would take a couple of months. If you put enough of those on the grid it does make an impact. I think that’s the one side.

The other is this positive momentum in the regulation and the signal it gives – what’s going happen with the ports because we know the issues there with the capacity, the railway lines. We can start moving some of these goods. So the direction of the change is positive. And we think there’s a lot the private sector can do. Then some of these smaller IPPs, the independent power producers, will start building bigger plants and selling to those corporates. So it’s all positive, and we are happy for the businesses that now can start looking at bigger installations.

SIMON BROWN: Of course there’s the news that the ports will be sort of separated out of Transnet and made a subsidiary.

We’ll leave it there. Justin Schmidt, manufacturing sector head at Absa Retail and Business Bank, I appreciate the early morning. 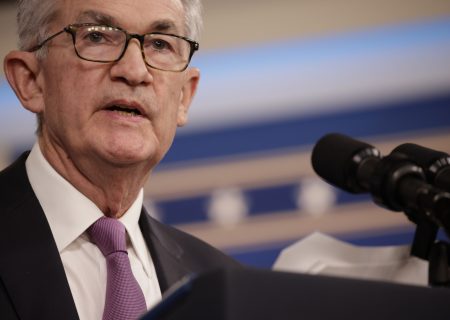