‘As a bond investor you’re more likely to get a bit more confident around your inflation-beating returns going forward’: Lyle Sankar from PSG Asset Management.
By Simon Brown 3 Dec 2021  10:57

SIMON BROWN: I’m chatting with Lyle Sankar, a fund manager at PSG Asset Management. Lyle, I appreciate your time today. A note came out just over a week or so ago about rethinking portfolios for the next decade, particularly in light of the inflation that we are seeing around the world.

I suppose let’s kick off with some of that history of inflation, starting in the US. We’ve seen, what, sub-2% inflation there for a decade-plus now, and that is probably over.

LYLE SANKAR: Yes, Simon, and thanks for having me today. I think that’s the key question right now that the market’s grappling with, and perhaps it’s important to just ground the discussion on why it’s actually important. If you’re looking at the market, inflation tends to drive returns, and if you look at the fixed-income space specifically, bond yields will track inflation. In a world where inflation is quite low – as you mentioned for the last 10 years in the US – there’s no real need to chase coupons because you don’t have inflation that can erode that over time. We think this is where the dynamic has potentially changed.

If we look back at the US, the 2% inflation target that’s been underachieved for the last 10 years is seen as the norm. But we think if you look back at the last few decades, inflation has actually been closer to 4% on average. In our minds this is actually not the norm, and there are big factors in play that can change this going forward.

SIMON BROWN: As you point out, it’s been an unnatural decade, and post the global financial crisis we understand some of the drivers behind that low inflation.

If we bring it back to the South African context, we’ve had inflation-targeting now for just over two decades. It has pretty much worked. But a really great stat that you make in the note that you wrote is that actually, if we look at individual months, almost half of them were outside of the band – and of course they were above the band, not below.

LYLE SANKAR: Yes, that’s correct. And I think core to our thesis is the Reserve Bank. It says that its actions have been world-class in recent years in ensuring inflation credibility. So the first point that I’d pick out in inflation in SA is that the market got very used to a 6% inflation target. But we think, as you’ve seen now, the market is closer to that 4.5%, which has a big impact on the type of asset classes you are investing in the income space.

The second point on that is that if you look at the volatility – as you mentioned around the 6% mark – we think that volatility has reduced quite significantly, which means as a bond investor you’re more likely to get a bit more confident around your inflation-beating returns going forward.

SIMON BROWN: And that also means – if we quickly touch on rates – we’ve seen a rate increase; it was just 0.25%. But it also suggests that probably we’re not importing any inflation because there’s very little demand in South Africa. Certainly the commodity boom – that might have some implications, some sort of second-round effects. But we can likely expect to see interest rates also staying probably low, maybe not coming back down, but lower than we’re used to if we look back a decade or two or three ago.

I think the key message that we are talking to is that in SA we don’t think necessarily that the Sarb needs to get back to 7% on the repo rate, just given the fact, as we’ve mentioned, of inflation.

The dynamics change, the expectations are lower. So if you think about typical asset classes that would do quite well – your cash, your money-market instruments and money-market funds, corporate bonds, which do well when the repo rate is quite high – we think it’s going to be a long time where the Sarb doesn’t get back to 7%, before you start earning very good yields there. In that kind of world where bonds are giving you 3% to 6% real yields on very short bonds, we think that’s probably the better area for investors to be focused on.

SIMON BROWN: That’s just it. You talk around multi-asset income funds, and they are becoming attractive. We are looking at them. For those who are looking for that sort of yield or that sort of perhaps slightly safer asset class, they really are starting to look quite attractive. I think they’ve probably been ignored a fair bit of the last couple of years.

LYLE SANKAR: This is a category of funds that received quite a bit of flow in the last year. I think the key message that we like to impart to clients is that in that space you can actually be very flexible with the way you utilise government bonds. So, when we look at the market valuations now, we’d have a lot less than we would have had in the past in those shorter-term instruments. I think if you can get a 5% to 6% yield – which isn’t enough for clients – I think you’d do well. We’d rather have a bias to these government bonds, but then you need the vehicle that can be fully flexible, which means taking on some duration risk, getting to … sensitivity, which we are overweight at this point.

In that portfolio I guess the comparison would be to a typical bond fund. I think what you can do there is create a more balanced portfolio where you don’t have to be the highest-yielding or the longest-dated bonds. There’s enough valuation attractiveness in the five- to 10-year area of the curve, and that’s where we think we can exploit it through that fund, but being overweight bonds relative to we would have been in the past.

LYLE SANKAR: Apologies for that. That is simply that when interest rates rise that’s the sensitivity of the portfolio against that. So when interest rates rise, you lose. And then conversely we think where bond deals are trading now, you are probably in a scenario where bond yields will revert lower going forward. So you want a bit more interest-rate sensitivity now so that you generate good returns.

SIMON BROWN: Got you. That makes sense.

A last question, and a point you made in the note as well, is that GDP growth this year, 2021, is surprising to the upside. We’ve still got some data to come, but what we’ve seen so far has looked better. That’s notwithstanding a tough year – the violence in July, of course the pandemic is still with us. Could you actually be saying that it might even surprise again to the upside in 2022?

LYLE SANKAR: Yes. We aren’t necessarily painting blue skies for South Africa, but I think if you look at the budget, the budget is projecting around 1.7% growth for the next two years, and that alone gets us to some sort of a consolidation. The budget is very much in line with what we think in terms of messaging. But a little bit of uplift from this changed global backdrop, like we saw this year, reflation globally tends to do well for emerging markets. We think 1.7% might be a little bit low. But again, [we’re] just emphasising we don’t need a lot of growth for a lot of asset class in essence we do quite well. You are really receiving 9-11% yields on the bond growth, which is quite high relative to where inflation is.

SIMON BROWN: Yeah, that is a good, chunky, proper return that one is getting. 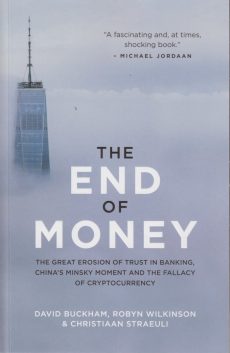