Since lockdown 59% of people prefer to engage in contactless money transactions.
By Simon Brown 12 May 2021  10:13

SIMON BROWN: I’m chatting now with Aldo Laubscher, South Africa country manager at Visa Cash Payments. It’s a cliché – 2020 changed many things. I think one of the things that advanced quite rapidly was simply how we pay for things in store.

Aldo, I appreciate your early morning. In a recent Visa survey 48% of consumers were saying they didn’t want to shop at a store that had payment methods which required contact. This isn’t just the old sort of dirty physical rand bills, this is just shared card readers and the like. Consumers are wanting proper contactless payment.

ALDO LAUBSCHER: Yes, Simon. Thanks for your time as well. Very, very interesting. I must admit that the whole advent of Covid has thrown things upside down and digitalisation is amazing, and the adoption of that was quite interesting to see during that survey. As you said, 48%. Another stat that’s interesting is 59% of people said that they would prefer to engage in contactless environments instead of contact environments following the start of the lockdown. So very interesting.

I think what we are seeing is that consumers are starting to think in a different way on how they engage in payment. Payment all of a sudden is top of mind, as opposed to just a means to an end. So yes, very interesting, indeed.

SIMON BROWN: I take your point there. In the old days you went into a store, you made your transaction and you paid – maybe it was cash. Back in the old days you signed pieces of paper; we’ve had chip-and-pin more recently. I remember when tap and pay came. It was there, but it wasn’t big and so on. We’ve now got Apple Pay in South Africa as well. We are in a space where the technology does allow us literally to just tap, that tap-and-go, with zero contact between you and anything in the store potentially. I suppose the issue now is not just around that process, which we have got; security then becomes top of mind as well.

ALDO LAUBSCHER: Correct. And what we are also seeing is that this whole concept of utilising my phone or enabling myself to transact online in a safe space is extremely important. It goes from a consumer into small business. We see many small businesses also going into that space saying, well, you know what, it’s more convenient and it’s safer than having some petty cash and quickly going to buy the necessaries for today. Rather use my card or use the mobile virtual card experience and get into the environment in a very safe way, utilising the top-notch security that our partner banks have put into play.

I must say also what’s interesting is that within the year we have more than doubled contactless payments or touchless payments.

And very, very soon it will be more than 50% of the normal experience we all go through when we go to a normal shopping experience. I think that is a tipping point, a critical tipping point. And to your point on Apple Pay, Samsung Pay, all those nice pay capabilities, they are growing at a very interesting speed.

SIMON BROWN: I know, I use it. I was chatting with some of my friends, and some of my friends had had tap-to-pay deactivated because they were worried about the security in a sense. If it’s at 50%, it’s at that tipping point. My next question was going to be, what about the merchants? What about the technology and cost, particularly for smaller merchants. But if you’re saying we’re at that 50% point now, merchants are obviously embracing it – partly because it benefits them, partly because consumers are demanding/requesting it.

ALDO LAUBSCHER: Yes. And I think in South Africa there was the starting point where we didn’t have the ability to put a pin when you tap. Today that’s available, so it’s much, much safer in a space in people’s minds.

The second piece is when you use your handset, the very strong biometric security in your device takes care of security in a very, very good way.

And I think the third one, from a small-merchant perspective, is that the technology of apps on phones has brought a very interesting dynamic to play – much lower cost. You can use your Android phone, download an app, and all of a sudden there’s a card machine that you tap and interact. And we’ve launched that very recently with three players with Nedbank, Absa and Hello Paisa. And what’s interesting is the uptake there during the pilot space was very, very good. People are comfortable. There’s a couple of little things that we are tweaking around user experience, but I see that as a massive new trend going forward – much cheaper, much more effective and easy to use.

SIMON BROWN: You make a great point that I hadn’t thought of there, that if we’re using our mobile devices, a lot of that security sits on the actual mobile device. If we are comfortable with that biometric security, whether it be iris scanners or fingerprints – or the passcodes less so – that’s actually your security point. And that’s going to be a big way in terms of keeping the consumer confident around the process.

ALDO LAUBSCHER: Yes. You protect your own data, your messaging, infrastructure, your passwords, everything on your mobile phone with that security. So it’s very, very good.

SIMON BROWN: We’ll leave that there. That’s Aldo Laubscher, country manager for Visa at South Africa. We are going digital. It is happening. And I think it’s certainly happening at a rapid speed. Aldo, I appreciate the early morning, sir.

This is such a nothing interview – did Vida do a study to determine how many clients would use such a feature – no Visa and MasterCard drove this change.
These people love to view just one side of the transaction. Once the transaction is concluded the keypad jockey asks whether you want a transaction slip – if yes then they print a receipt pull it off the machine and hand it to you. Oh horror of horrors they hand you the slip – they don’t wear gloves and you have no idea when the jockey last sanitized their hands – so a meaningless operation to conjure up a sense safety

I love that people are having this conversation. Since August of 2020 a friend and I have gone ahead and have been developing a B2B contactless payment solution which will be available from any off the shelf NFC enabled smartphone and thus far we have implemented the Visa contactless kernel. We are excited that we may be able to provide this technology to many small merchants at no cost other then transaction fees as you would find with any payment gateway.

Our timeline suggests we will have a successful beta by June 1st 2021 but our greatest worry is the safety of consumers, we have implemented pin features as well digital slips so we trust these are great measures to protect consumers.

Biggest draw back is not having the mastercard contactless kernel because mastercard is not handling their interactions with Startups as well as Visa is. 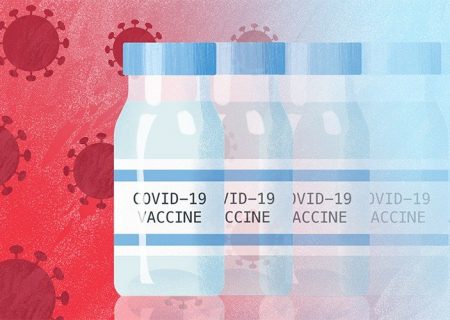