Alternatives are ‘opening up a whole new spectrum of investment to clients that weren’t there before’: Dino Zuccollo – Westbrooke Alternative Asset Management.
By Simon Brown 30 Mar 2021  09:22

SIMON BROWN:  I’m chatting now with Dino Zuccollo. You’ll find him at Westbrooke  Alternative Asset Management. Dino, good morning, I appreciate your time. Section 12J in the budget didn’t get extended. There was the sunset clause; it essentially goes away in June. You can still invest up until June. The projects that are in place continue on, but is it pretty much over? There’s no sort of appeal process; the minister has spoken.

DINO ZUCCOLLO: Morning, Simon. Thanks for having me. Yes, it’s disappointing news about Section 12J. As you mentioned, in the budget speech this year the finance minister announced that Section 12J will not be extended post the June 2021 sunset clause.

Read: End of the road for Section 12J

What does that mean? That means that an investor effectively can invest in a Section 12J company up until June 30 this year, and they will get the tax break that Section 12J gives you in the same tax year they invested. So for most individuals that would be for the February 28, 2022 tax year.

Unfortunately, after the June sunset, that’s it for Section 12J, Simon. There is the potential for an appeal process through parliament, which is through both the standing and select committees of finance in parliament. But I think it’s fair to say, Simon, that if one looks at the trends of what’s happened through those processes in South Africa over a number of decades now, it will be highly irregular should anything be changed significantly beyond what’s been announced now.

I think what is interesting, though, about Section 12J, is that the industry has gone from basically nothing a few years ago to a more than R10 billion industry. That’s shown me something interesting.

And really, even though Section 12J’s going away, it sparks for me a bigger conversation around what South African investors are looking to invest into going forward.

SIMON BROWN: And that’s exactly what I want to chat to you about what 12J’s done. Section 12J has been around for a while, but really only in the last five years. At the same time we had some sort of weird fringe stuff – investing in cows and bees and solar panels. But what’s happened out there is it’s created an awareness and, as per your stats, an appetite for alternative investments. It’s not to say we don’t like bonds or cash or equity and those sort of traditional investments, but I think there’s an awareness and perhaps an increased appetite for those alternatives.

DINO ZUCCOLLO: Yes. So I think it’s worthwhile starting – because the world of alternatives is one that’s not very well known in South Africa – so let’s start at the beginning. What is an alternative?

Alternatives also include things like private equity, venture capital, hedge funds. And then it even goes further into what I would call some of the more fringe alternatives, things like arts, luxury cars; I suppose you could even put bitcoin in if you wanted to.

But Simon, why alternatives? For me there are a couple of things. The first is that a big attraction is that they offer a potentially uncorrelated return profile from what we see in the traditional markets. Traditional markets are driven by sentiment, interest rates, all sorts of things which may or may not impact the actual underlying value of what it is that you’re investing into. An alternative tends to be far more driven by the investment thesis of that particular asset.

Also, what they can do is they can provide you with broader diversification in the portfolio because of that uncorrelated nature, therefore reducing risk and volatility. Volatility for me is an important thing. If we look at what happened in Covid in the traditional markets, things went down aggressively and recovered quite aggressively. Sometimes that can be good, but sometimes it can be bad. And certainly what a lot of people like to do is sell at the bottom and buy at the top. For me an alternative helps that, because often one of the trade-offs with buying an alternative is that they’re illiquid, which means that they’re locked up for a period of time.

Now, being illiquid might be seen as a negative, but for me it can actually be one of the biggest positives because, let’s say you were locked up through some of the panic that happens with Covid-19, that may not necessarily be driving the worst of behaviours, because what we see now is things have recovered.

SIMON BROWN: I like your point. Two things struck me. The one is it could be a sort of traditional asset, but it’s in that different structure, a different way of doing it. And I agree with you around the liquidity. In some of your assets you want liquidity; in  some of your assets I quite frankly like the fact that I don’t get updating price by the minute, because it means I can’t do anything silly. And I think a lot of folks will think alternative, they will think higher risk. That is not it at all. And in fact, as you say, used within a portfolio it can actually reduce some of the risk.

DINO ZUCCOLLO: Look, there are risks. And it’s things that larger asset managers such as ourselves in Westbrooke try very hard to assist clients with. What are the risks? First of all, alternatives are extremely hard to access. Normally what you had in the past is the ultra-high net worth and super-rich family office accessing alternatives, because their minimum investment sizes are tens of millions of rands, even dollars.

But the other thing is that it does come with risks, Simon. And liquidity is not the only risk. Some of the issues with alternatives as well is that they are more opaque. They’re less transparent, potentially, than the listed markets. They are subject to less legislation and restriction. And as a consequence it’s really important as an investor to ensure that, when getting into the world of alternatives, you’re not just investing because it sounds sexy. You’re investing with someone who’s reputable and who has been around the block for a while.

I think just as well, on this concept of alternatives being difficult to access, that is an area where we’ve seen the advent of technology and crowdfunding platforms and online portals and sites and access points really changing the game. Where normally a client would need to have a minimum investment of tens of millions of dollars in in order to access this world of alternatives, what we are seeing through these platforms is that alternative asset managers are now increasingly able to bring in more clients at lower minimums, which is opening up a whole new spectrum of investment to clients that wasn’t there before.

As with all investments I like Buffett’s philosophy…
If I can’t understand it, then I won’t invest.

So whatever these “alternative investments” happen to be, if they’re transparent in what your actually buying and in easy structures to understand then I’m happy to consider. 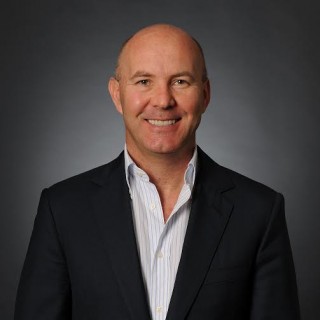