Are we seeing rand weakness or dollar strength? 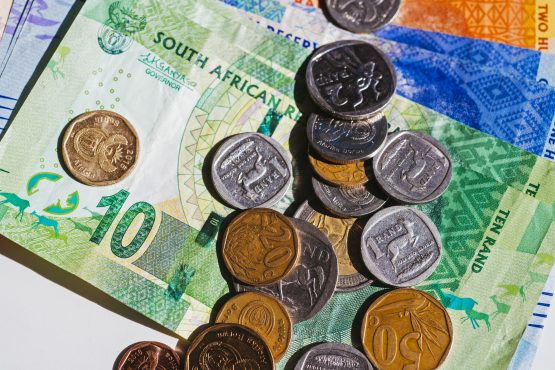 SIMON BROWN: I’m chatting now with Andre Cilliers, a director at TreasuryONE. Andre, I appreciate the early morning time. The rand had been on a fair bit of a tear; back in June it was at R13.50/dollar, looking significantly stronger. Subsequent to that, it’s almost been one-way traffic to weakness, R14.75 this morning. From your expert view, how much is this about Zar weakness or perhaps US dollar strength that we’ve seen over the last two months?

ANDRE CILLIERS: Good morning, and good morning to all the listeners. Yes, when one looks at the rand weakness, I want to immediately turn that around and say that 80% of that has nothing to do with weakness of the rand. It is actually dollar strength. Now, if you go back to the R13.50/R13.60 levels, that’s exactly the point in time that the Federal Reserve came out and inflation started picking up quite aggressively in America.

With the inflation figures picking up quite aggressively, it also came out in one of the minutes that was published that they had discussed that they would increase interest rates and change their monetary policy maybe a little bit sooner. Now that ‘little bit sooner’ is going to be brought forward from 2024 to 2023, and in terms of the market that makes a significant difference.

Since then we have seen the euro – which was closer to the $1.20/euro level – come back down to $1.17/euro, at one stage threatening to break $1.17, and then go into the one $1.16 level. That’s when the rand started weakening again in anticipation of higher interest rates in America, as well as the increased infections throughout the world in terms of Covid-19, albeit that there are vaccinations. We have seen that in some countries there were lockdowns again to higher levels, and that causes a little bit of havoc in terms of what’s expected out of economic growth throughout the world.

We have also seen some of the economic figures out of China coming down a little bit, so their growth has not been not as robust as everybody expected. That started declining obviously with an impact on emerging markets, and South Africa as a big trading partner of China being heavily influenced by that.

SIMON BROWN: I take the point. I’m looking at the DXY (US Dollar Index) chart. It’s exactly that mid June when it starts moving higher. I was on holiday that week, and there was the whole sort of temper tantrum from the markets after the Federal Reserve said we were going to do rates maybe a year earlier – and since then the currency has weakened.

If we sort of try and look into the crystal ball over the rest of the year, is this trend then more likely than not going to continue? The factors that you’re talking about on the ground there – certainly the Fed bringing it a bit earlier, and certainly we are seeing lockdowns, with Australia moving into harder and longer lockdowns again this weekend. We can probably expect more weakness through to the end of the year in the Zar [rand].

ANDRE CILLIERS: I don’t really think so. If you once again go back to what the Federal Reserve said, they had confirmed that they were happy seeing inflation at higher levels. What they do want to see, and they’ve said that more than once, is that they want to see employment figures actually picking up, driving the growth in the US economy, and that they will continue with their expansionary monetary policy until such time as they see full employment in America.

Now that is a slight bit of a problem because, when you go to the Americas and you speak to a few people and you listen to what they say, then there is a problem that there are a lot of people who even, in spite of higher wages, do not apply for the vacant positions that there are. I read last week that they are now even looking at various countries, including South Africa, to have people apply for positions as truckers because people simply do not apply for positions in the vacancies that exist in America.

So, unless we see full employment and we see robust growth in the country, they will not change that. So I do not think that we’re in for any quick change in interest rates. As we gradually go through to the end of the year, I think we will see the rand coming back to levels of between R14.30 and R14.70/dollar.