Global dividends are back

‘I feel quite confident that from where we are now, we are going to reach those pre-pandemic highs within the next 12 to 18 months’: Jane Shoemake from Janus Henderson.
By Simon Brown 25 Aug 2021  09:43

Jane, I appreciate the time. Evidence is strong, the evidence is there – global dividends are back. We’ve seen an over 26% bounce year on year. We’re only 6.8% below the second quarter of 2019 levels. It’s been a strong bounce and you’re expecting dividends to be back to pre-pandemic levels by next year.

JANE SHOEMAKE: Yes, absolutely. I think we’ve been surprised and pleased by the strength of the bounce-back. If you look at the recent corporate earnings numbers we’ve seen out of both the US and Europe, where we’ve had so many surprises generally, over 84% of companies in the US exceeded expectations with earnings. You can see that that is feeding through to confidence and management feeling like they can see their way through some of the Covid issues. They’re dealing with them, and that’s given them the confidence to start paying their dividends again.

SIMON BROWN: There’s a difference this time compared to ’08/09, the financial crisis, then. Banks have capital this time. Central bankers are continuing to provide that support, and that underpins that bounce and, I suppose, adds to the earnings and the confidence from management.

JANE SHOEMAKE: Yes. During Covid and the pandemic we [have seen] an incredibly severe locking down of the global economy, but then huge and unprecedented levels of fiscal and monetary support. That has underpinned the confidence a little bit. I think also the corporates have navigated their way through the pandemic better than we anticipated a year ago, and the cashflow generally has been better in terms of what they’ve managed to generate.

So this is what is now allowing them to say, well, we can see how we’re going to continue to manage our businesses, despite some of the uncertainty we face. They feel strong enough, as I said, and confident enough to return some of that cash back to their shareholders.

Companies generally don’t want to start repaying dividends unless they think they can sustain them and continue to pay them – and even grow them.

So I feel quite confident that from where we are now we are going to reach those pre-pandemic highs within the next 12 to 18 months.

SIMON BROWN: I take your point on that. You don’t want to stop-start dividends. It’s fine if you stop them because of the pandemic, but don’t then start and have to take the foot off the pedal.

Emerging markets (EMs) – how’s that bounce coming back in terms of the EM world?

JANE SHOEMAKE: It’s interesting, actually. In emerging markets we didn’t see the same level of cuts. Last year at the height of the pandemic we saw Europe and the UK in particular – and Australia actually – [have] very sharp cuts to their dividend payments. And we saw a lot of regulatory interference in the banks and some of the insurers, which was something we didn’t see in the global financial crisis so much.

But what has been interesting is that emerging markets didn’t cut pre-emptively.

In the UK and in Europe we had some people just going, look, we don’t know what’s going to happen here. We’re just going to stop our payments till we have some clarity. Emerging markets generally have waited for their profits to be announced at the beginning of this year, and then said, yes, profits were impacted last year so now we’re going to pare back our dividends. So, if you like, there’s a slight lag effect in emerging markets from the pre-emptive cuts we saw in the UK and Europe.

SIMON BROWN: Have there been standout sectors? Obviously leisure is still under pressure, even as parts of the world open and get vaccinated. Have there been sectors that have really stood out and bounced stronger, perhaps already ahead of 2019?

JANE SHOEMAKE: Mining. Our report shows that in the second quarter, mining stocks have been absolutely phenomenal. In South Africa you clearly have a strong affinity with some of the mining companies within your stock market.

So there really has been a very strong movement of some of the money they generated coming back to shareholders. But that’s not surprising. We have been seeing some extraordinary commodity prices over the past sort of 12 months, and some very high prices. We’ve seen some of those come off a bit.

I would just warn that they’re in a bit of a sweet spot at the moment, but we can’t always guarantee that’s going to continue forever with the mining companies.

SIMON BROWN: Some of our second-tier miners at interim stage paid essentially 10% dividend yields as they put out 100% of earnings.

JANE SHOEMAKE: Absolutely. In the US, with the recent stress tests they had there, the banks all came flying through those stress tests. It was felt that they very much had enough capital for quite some severe scenarios. So we’ve seen there that there are no restrictions and they can make share buybacks.

Still, in the UK it was lifted about a month ago, much earlier than we anticipated. We weren’t expecting that for a couple more months…. We still expect that some of the banks, though, might not go back to paying dividends at their pre-pandemic level. But what we are seeing is they’re going to just possibly yield about 3% to 4% next year – that is the expectation – but also do some share buybacks. That isn’t silly, given that they’re trading below their price-to-book at the moment, a lot of these banks. They’re trading very cheaply. So buying back your shares is actually quite a decent thing to do because your shares are cheap.

And then in Australia they’ve largely lifted any restriction. The only one we’re still waiting to hear from is the European regulator, which is expected in the next few weeks.

SIMON BROWN: We’ll leave that there. Jane Shoemake at Yanus Henderson, I appreciate the time today. 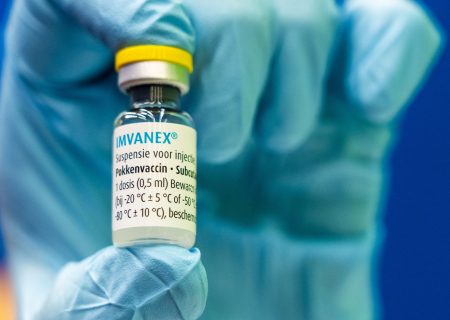