‘Renergen…is one of the stocks which I think are going to capture the zeitgeist in the coming years’: Kea Nonyama from Think Markets.
By Simon Brown 13 Jan 2022  10:40 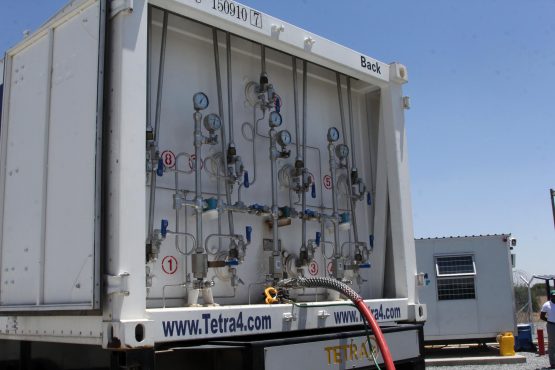 SIMON BROWN: I’m chatting now with Kea Nonyana. He is of course from ThinkMarkets. Kea, I appreciate the early morning. We are still kicking off only the second week into the year. [Let’s look at] some JSE-listed stocks that you’re particularly looking at for 2022.

KEA NONYANA: Good morning, Simon, and good morning to your listeners. I think this year has been one of the most difficult years for me to start off, because the market just remains at such elevated levels. A lot of things on the market do not look attractive at the moment and I think it’s the market just anticipating interest-rate hikes and inflation going on into Q2, Q3 and Q4.

So to position your portfolio I think one needs to look for businesses which are inflation-proof; inflation-proof businesses have a cost-plus business model, meaning they can push on that inflationary increase to their consumers.

One thing which became very prevalent in 2021 was energy shortages around the world, and I think our last chat was around Exxaro.

But now I have an interesting stock that I’ve been looking at since 2021, and I’ve been quite hesitant in covering it; it’s Renergen. For me, it is one of the stocks which I think are going to capture the zeitgeist in the coming years. The Virginia phase one project has come on almost to budget cost, as well as to time. Last year they did include in the world……1:57 VP1 phase of the project. They reported that they actually have more reserves of methane and helium. Apart from the fact that there were some issues with some equipment which was delayed, they did anticipate becoming commercial from March, but it has just been pushed out by a month, from April. And what has de-risked some of the first-phase project are some of the offtake agreements that they have signed, which will bring revenue on to the profit and loss statements.

SIMON BROWN: Renergen – when you mentioned that my ears picked up, because this is a stock that I actually hold. So it means you are reliant on that. Typically these sort of junior exploration/miners come with a lot of risk; but to your point they’re de-risking with that phase one. If you don’t mind their risk component, they can be massively rewarding. Every giant mining company out there was once a junior exploration.

KEA NONYANA: For me, the problem of ……3:01, especially in our local market, is you don’t have many energy stocks. So apart from going into Sasol, where else could you put your money? For me these small miners, these small energy stocks actually have a component like Tesla. The founders of the company are so energetic, and they’re so heavily invested with even their own capital into this business. If you have a management that puts money into a business, they do believe in it and the research they have done into the LNG market is really, really, impressive.

SIMON BROWN: It is. And the helium story in of itself is a giant story as well. There’s not more of it coming. There is global demand for it. There are other minors out there, but there’re coming on levels of concentration that are 10, 20, 30, 50 times other miners.

We’ll leave there. Kea Nonyama is from ThinkMarkets. Renergen an energy stock – a slightly risky play, but certainly one that, if it pays off – they are de-risking – is looking good.