SIMON BROWN: I’m chatting now with Carmen Nel, an economist and macro strategist at Matrix Fund Managers. Carmen, I appreciate the early morning time. You put out a note talking around the violence of a little over two weeks ago, mostly in KZN, a little bit in Gauteng as well.

Read:Yet another good crisis not to waste (Note by Carmen Nel)

We are talking around the different impacts on GDP, inflation, credit ratings, and the like. On GDP you make the point, [that it will] probably [be] about 0.5% to maybe 1% lower in the medium term. We might actually get a bit of a pick-up thanks to some of those repairs, but this is something which is going to be with us for a while.

In terms of investor confidence, foreign investor sentiment towards South Africa, this could have a potential longer-term impact on GDP, which as a country we can ill afford.

CARMEN NEL: Hi, Simon. Yes, I think we obviously are very focused on the short-term impacts. So you saw yesterday the Treasury announce various support measures totalling R40 billion, and a lot of analysts have cited the upside of the unrest would be the rebuilding.

I do think there is still a risk that we are overemphasising the short-term impact and under-appreciating the long-term cost. That is because private businesses will now be a lot more circumspect and careful in terms of investment unless there is clear action on the part of government to start accelerating reform.

What we view as the silver lining is this is a potential catalyst, very much as we saw in June when the president announced increasing the threshold for embedded generation to 100 megawatts. This could be something that I don’t think completely turns the ship around –  that takes many years – but starts moving us in the right direction in terms of helping small- and medium-sized businesses, because ultimately they are the job creators.

SIMON BROWN: Yes, almost that shock to the system, and suddenly everyone’s eyes are wide open and we start doing some of that reform.

Inflation is the other sort of significant point. You comment that again short term you’re going to see some supply-chain disruptions, and that could certainly have an impact. But, moving further out, probably not a major impact into our inflation numbers which have been a bit high; but we’re in that mid-zone of what the governor and the Reserve Bank are looking for.

CARMEN NEL: Yes. I think there are lots of various competing factors impacting on our inflation rate. I think until recently the rand was quite resilient and sort of dampened the inflation pressure – a big question there. And what global dynamics are, is the US Fed going to unwind its quantitative easing; could that impact on the currency? It didn’t really react too negatively at the time of the social unrest.

Supply-chain disruptions, as in your previous interview, have globally had an impact on some of our prices –  for example on the producer price index, but not so much on the CPI. I think a key dynamic will be what consumption demand will be and what wage settlements will be. So again, the government sector and the fact that it finalises the wage settlements for the coming year or the current year helps give some certainty. It’s a bit higher than we initially thought, but overall the fact that the economy is not doing well, and hasn’t been doing well even pre-Covid, has had a dampening impact on inflation, which means then the South African Reserve Bank doesn’t necessarily have to be in an extreme hurry to start raising interest rates.

SIMON BROWN: That does help us. The big point perhaps is the rating agencies and our sovereign credit rating. We are in non-investment grade, which is fancy talk for essentially junk status. This has to have some impact on that – or will the rating agencies take a wait-and-see (stance) depending on how we respond. To your earlier point, do we seize this opportunity?

CARMEN NEL: I think in the very short term, so basically in the second half of this year, the rating agencies will again review the credit rating. As you know, we are in what they call the DD category. I think they would want to wait to see how things pan out. The constraint we have now is that we are basically using our bumper tax revenues because of very high global commodity prices to support the economy in the short term, but we are not doing anything really to meaningfully address the long term. We have to implement those reforms now to get growth up in year three to five, basically.

So I do think that the pressure unfortunately is still on the downside in terms of the credit rating unless we see action now. I think there is still time to at least stabilise the rating.

And we can only talk about rating upgrades if you start seeing, for example, your growth rate reach something like 2.5% to 3% on a sustained basis, and we actually start seeing the government’s debt ratio stabilise and start to decline – which is still somewhere off, given all the demands on the government purse.

SIMON BROWN: And move our economy. We are fortunate that the commodity prices are benefiting us. That really came at the right time. We need to become independent of that comment.

This is the problem of the ANC mindset… 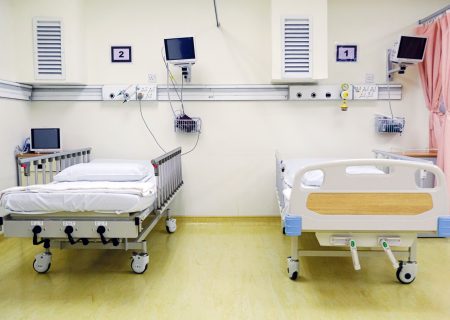