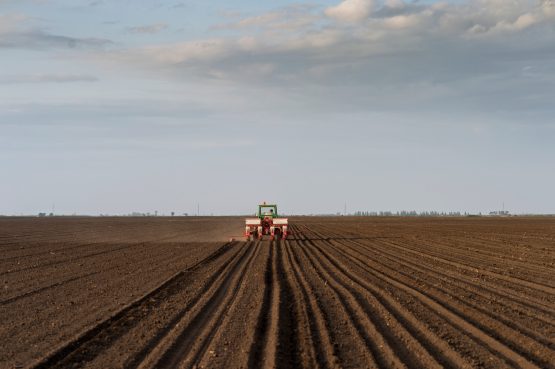 SIMON BROWN: I’m chatting now with Anthony Clark of Small Talk Daily, on Twitter Anthony, I appreciate the early morning time. Agri in South Africa – there was a piece that you wrote in the Financial Mail [in March], making the point that the increases that we’ve seen actually predate the war in Europe, but certainly have been rising since the pandemic started, I suppose.

ANTHONY CLARK: Yeah. Good morning, Simon. You are spot-on there. Basically what’s been going on in global commodities – it’s very simple, but a complex answer. It’s called drawdown. We as a society globally actually consume more than we produce. So while there is abundant scope for agricultural growth globally, population growth and the changing dynamics – particularly of a Chinese market – mean that diets are changing and the farmers are producing ever-record amounts of underlying field crops like corn and wheat and so on. But we, as a society globally, are consuming more.

The only way to cope with that is to draw down long-standing stocks held in silos, which means that if a black swan event comes along, like a drought in South America, frost in Canada, pestilence in Europe, and so on, or latterly a war in the Black Sea, prices elevate purely because there simply isn’t the available demand internationally to meet any constrained supply.

So, as you know in simple economics, [when] there’s too much demand and not enough supply, prices rise. That actually started about 18 months ago. It was August, roughly, in 2020 when things started to pick up – and it hasn’t stopped since.

But now suddenly in 2022 we’ve got input costs rising for fertiliser, diesel and the like. Are farmers and agri producers still doing well in terms of prices, or are those increases offsetting their windfall?

ANTHONY CLARK: It’s a combination of both. At the end of a day – I’m looking right now at the underlying prices – we’ve got maize circa R4 000 to R4 100 a ton. I think people are used to these sort of levels now in their annual projections. It wasn’t that long ago when maize was trading at R1 850/ton when Astral Foods, for example, was making money hand over first by buying [with] cheap input costs from farmers, whereas now the tide has turned. The farmers are making all the money.

So while you are completely correct –year on year the cost of underlying inputs per hectare field crop in terms of diesel, seed, fertiliser, chemicals and herbicides has risen on average as a basket around 40%; fertiliser, for example, is up by 100%, diesel over 100% – the underlying return per hectare field crop remains quite good for a farmer. It’s certainly not as good as last year, but it is remaining a meaningful place to be. As I tease my larger commercial farming friends, a couple of years ago we were buying their wives two fur coats for Christmas. This year they just got one.

SIMON BROWN: Okay. Still winning. I take your point on Astral. I think their sweet spot was around R2 200, rather than almost double that at the moment, which then makes me think that the producers – the Astrals and the like – [are] not so exciting. But it comes back to those Kaap Agris and the fertiliser producers who perhaps are in that sweet spot and worth a good look for investors.

ANTHONY CLARK: Yeah, absolutely. The four that I keep a very close eye on in this market, which I’ve written consistently on, are the ones you’ve mentioned – JSE-listed Kaap Agri; Senwes … grain giant, it’s OTC; TWK Agri, which is also a very large co-op listed on the Cape Town Stock Exchange; and of course Omnia. They all benefit from underlying spend in agriculture.

Let’s not forget that, given the elevated prices we’ve seen in soft commodities in the last 18 months, just this year alone, I was told last week by a large producer [that] the average field crop revenue from farmers has risen from over the mid-R30 billion to the early R50 billion.

So there’s an extra pool of money sloshing around the economy which is being reinvested back into the agricultural sector.

You’ve seen capital equipment sales doing quite well, you’ve seen investment in new property and new upgrades actually occurring. [There] is the old saying ‘Make hay while the sun shines’. At some point Mother Nature will change and the three good years of excellent crops we’ve had in this country, which have been significantly above the long-term trend, will revert back to normality. That’s when it starts to look very interesting from a pricing dynamic, possibly in 2023/2024. As it stands right now those stocks I’ve mentioned, Kaap, Senwes, TWK and Omnia, are running purely because the market remains very buoyant for the constituent products they supply to the markets.

SIMON BROWN: And of course, Kaap Agri doing that unbundling. We’ve seen some weakness in, in that Kaap Agri share price, probably because the Zeder shares are coming to market.

We’ll leave that there. I always appreciate the time. Anthony Clark, Small Talk Daily on Twitter.

The Oudtshoorn Mercedes dealership is back in business! 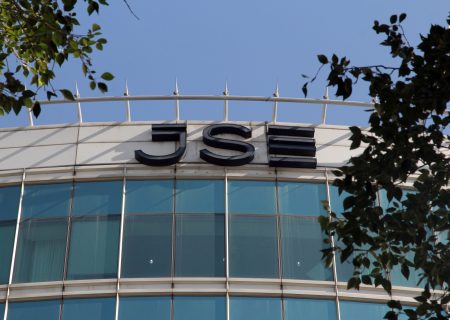