TUMISANG NDLOVU: Moneyweb and Standard Bank held an energy round table on the opportunities provided by the renewable energy sector. We speak to industry thought leader and executive chairman at NRG Energy, Grant Pattison.

Grant what are your views on the current energy crisis in South Africa?

GRANT PATTISON: There’s a lot of debate about the causes of this crisis. And I think it’s most useful just to understand that it’s a … of investments. So Eskom is building the right capacity, the Department of Energy is investing in renewable energy, but the reality is we started too late and we just have a shortfall of generating base load and peaking capacity to what we need. This is going to take somewhere between five to ten years to fix and we really need to plan to live through that period.

TUMISANG NDLOVU: In your view, are plans around alternative energy a little too late?

GRANT PATTISON: No I think the government – on renewable energy I think the government moved at the right time on renewable energy and so that program I think is, if not on schedule perhaps ahead of schedule. The delay was in the decision to build the base load coal power stations. Those were perhaps 10 years too late so that put pressure on the build and every time the build goes backwards by a year it creates further pressure. But the delay in building these power plants and the escalating costs are not uncommon in large capital projects. And so really we should have just started 10 years earlier.

TUMISANG NDLOVU: Take us through the benefits of renewable energy specifically for South Africa.

GRANT PATTISON: Well I think there are two benefits that we need to focus on. The first of course is the environmental aspect. Any responsible person, company or country needs to invest in renewable energy and reduce carbon emissions. And so South Africa has a great resource, both in wind and sun for renewable energy and I think the Department of Energy has done a great job in positioning that to be built up as fast as possible, building a great partnership between Eskom and the private sector. So I think that’s all in good shape.

TUMISANG NDLOVU: Now there are concerns over procurement processes in this regard. Is it warranted?

TUMISANG NDLOVU: Lastly Grant, what do you make of Eskom’s request for a further tariff hike and now subsequently dropping down from their initial figure?

GRANT PATTISON: Well you know it’s a structure we’ve chosen as a nation that we’ll have a central utility, a monopoly utility that has to apply for increases from the Regulator. So I think we shouldn’t judge the process so much while it’s on, but we should rather judge the results of the process. So I think there has been some really good points raised in the public hearing process, that perhaps Eskom has learned something from and listened to, and to their credit, where they’ve made technical errors, I think they’re now responding.

TUMISANG NDLOVU: That was Grant Pattison, the executive chairman at NRG Energy talking about the opportunities provided by the renewable energy sector amid South Africa’s electricity challenges.

This article is part of a series sponsored by Standard Bank Business Banking. Should you require further information about raising funding for a business in the energy sector please e-mail Moneyweb MD Marc Ashton (marc@moneyweb.co.za) with details of your project and he will connect you with an appropriate banking resource.

Yes Grant, you bailed quickly out of Massmart when you saw that the Walmart deal wasn’t going to deliver. But I guess you boys did handsomely from your share options and all the hype? 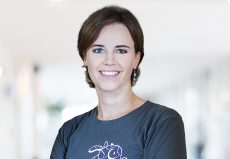