SIKI MGABADELI:  After increasing from ‑10 in the fourth quarter of 2016 to ‑5 in the first quarter [this year], the FNB BER Consumer Confidence Index fell back to ‑9 in the second quarter. A reading of ‑9 indicates that consumer confidence remained relatively low, given that it has averaged +4 since 1994. However, it has remained above the most recent low of ‑15 registered in the second quarter of 2015.

Let’s chat to Jason Muscat, who is a senior economic analyst at FNB. Jason, thanks so much for your time today. It’s not good news at all, because it is headed in the wrong direction.

JASON MUSCAT:  Siki, it’s been headed in the wrong direction for quite some time now. And what the indicator suggests is that it’s getting tougher and tougher out there for South African consumers. The four-point decline in the second quarter wasn’t really significant, but what it reflects is what we see in the broader economy, and the slow, gradual grind lower in terms of growth.

SIKI MGABADELI:  Let’s talk about the survey itself. You ask three standard questions. Just talk us through what they are.

JASON MUSCAT:  The first question we ask consumers is what they feel the outlook is for their own personal economic situation in the next 12 months. We also ask them what they feel the economic outlook is for the economy as a whole for the next 12 months. And then the third question we ask is do they feel it’s a good time to buy durable goods. In almost all of those cases the index has deteriorated.

The biggest fall that we’ve seen – and this is in the second quarter, which declined from ‑1 to – 22 – is the outlook for the South African economy. That came in the wake in the cabinet reshuffle and subsequent credit rating downgrades.

SIKI MGABADELI:  Goodness. And when was the survey conducted, in what period?

JASON MUSCAT:  The survey was conducted in June for the second quarter, in April and May for the [first] quarter. So there is definitely a direct bearing. There is a lot of uncertainty among consumers. They are holding back on their purchases and if you just looked at what’s happened over the past 12 quarters, the composite index has been in negative or zero territory for the past 12 consecutive quarters. And that’s quite something.

And if we look at the time to buy durable goods, that has actually been in negative territory for the past nine years. That’s a good indicator of what’s happening, both in the furniture market as well as in the vehicle markets.

JASON MUSCAT:  Siki, absolutely correct. Inflation has moderated but we have seen commensurate decreases in the interest rate. That’s a function of the US Fed’s continuing on the hiking cycle as well as the EU starting to look at policy normalisation.

The big thing here, however, is that inflation is still outstripping our disposable income growth, and that’s wage increases. Real disposable income growth is actually negative. So what that suggests is that South African consumers are getting poorer. And, even though food inflation has been coming off, it still remains elevated in the wake of the drought that we recently got through. And that’s taking its toll on the poorest-income households.

SIKI MGABADELI:  And we’ve seen of course the increase in personal income tax as well. I just want to get a sense of the different categories of income groups. Are the lower-income groups feeling the pinch more that others?

SIKI MGABADELI:  We’ll leave it there. Thanks for your time today, Jason.

DAVID SHAPIRO:  I’m surprised that people are that negative. Obviously it’s their ability to repay after buying a motor car or furniture – they stretching it out. I didn’t think it would be that negative. I didn’t think that householders were under that pressure, and it’s quite a surprise that people are quite willing to admit it and say, no, we are not going to buy a motor car, etc. It’s coming through in the stats and it’s going to come through in the results. We haven’t seen it in the results yet.

SIKI MGABADELI:  Not yet, and that’s the worry. We are going to see it in those numbers of the companies that people are investing in. 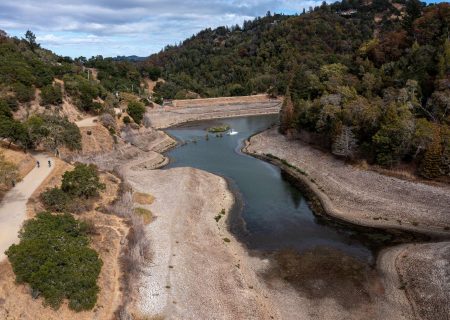