‘We are trying to dispose of the assets by way of an offer basis, because it’s a big concern of the banks that they don’t want to shed more jobs within the Durban area’: Keith Green – manager at Park Village Auctions.
By Fifi Peters 8 Feb 2022  21:22

FIFI PETERS: Towards the end of 2019, before we knew something about Covid, the Mara smartphone factory was launched outside Durban. I remember a whole lot of pomp and ceremony around this launch. It was seen as a great step in the right direction for South Africa – just having the ability to manufacture smartphones in this country, for this country. In fact, President Cyril Ramaphosa was at the launch himself, describing it as a great moment in our drive to be a producer of advanced goods.

Well that hasn’t quite gone according to plan because the plant is now standing idle, and there’s an auction going on after Mara spent quite a number of millions of rands trying to set it up.

For more on the story we have Keith Green, who is the manager of Park Village Auctions. Keith, thanks so much for your time. How did we get here?

KEITH GREEN: Good evening, firstly. Look, we were approached by the financial institutions concerned in order to do a disposal application of the assets, which were held on a notarial bond in the favour of the institutions. We proceeded to give a quote on doing it and wrote up the assets and so on. We are actually trying to dispose of the assets by way of an offer basis, because it’s a big concern of the banks that they don’t want to shed more jobs within the Durban area and they’d like to try as much as possible to sell this off as a going concern. That’s where we are sitting at the moment.

Obviously with the times that we are in, where there’s a shortage of chips, and we’ve had Covid, I think Mara initially ran into problems because of the Covid lockdown and just couldn’t come back from it.

FIFI PETERS: Any approaches so far?

KEITH GREEN: Yes, we have had a couple of companies looking at the assets concerned. Obviously there’s a lot of high-end electronic equipment involved that is unique to the cellphone industry, but there is also a large number of plant machinery which we refer to as ‘pick-and-place’, which actually builds up the circuit boards, solders them and so forth, which can be utilised in any other circuit-manufacturing type of industry.

FIFI PETERS: Just looking at some of the reports around the story, the financiers that you are refer referring to I assume are Standard Bank and the IDC, who together lent R1.5 billion to the Mara group for this particular factory. The Mara group has been cited as saying that around half of that had been used to set it up. So how much do you think you’re likely to get for it, just given the environment that we’re in right now?

KEITH GREEN: Look, firstly I’m not too sure [about] the rand values that the financial institutions advanced to the entities or the entity concerned. I do know that they have other operations in Rwanda. Mara as the entity, as far I know, may carry on running in the country in terms of disposing of cellphones that may be manufactured in other countries and then sold here because Mara is represented elsewhere.

It’s a tough question to answer what the market is going to be and the value because, when you’re trying to dispose of these assets in a very, very suppressed market, especially now that you’ve got chip shortages through the whole world at this point in time, it’s affecting manufacturers from motor vehicles to computers, to anything else. It is a chronic chip shortage. I don’t really know when that’s going to come right and we’ve just got to wait and see.

FIFI PETERS: Are you aware of how the operations in Rwanda are doing and if there are any comparisons or similarities with the South African situation?

KEITH GREEN: No. No, not at all. I haven’t been involved in that at all. It hasn’t been questioned. I don’t know if that’s even how it’s been financed or anything. I just picked that up on the Net myself. and like in discussions with the members of the company.

FIFI PETERS: What are your timelines for this auction to have things wrapped up?

KEITH GREEN: Well, basically we have a couple of days of viewing when guys can come in, do their due diligence, obviously, cause of the rand value of this type of equipment. We recommend that the guys come in, do their homework properly. From there the banks will take any offers that we do get, they will sit around the table and take what offers they’ve got into consideration; and it’s subject to confirmation in 14 days. So I think sort of mid-March this will be all done and dusted.

FIFI PETERS: What we have seen in this period is the lenders understanding the situation, understanding Covid-19 happened, and that it caused a whole lot of supply disruptions – and perhaps businesses would not have been on their knees had the pandemic not happened. What we also saw through their understanding is the relief that they provided a lot of businesses which they thought would eventually be able to get back on their feet once things normalised, as it were.

So my question to you is that when the financiers approached you to put up this factory for auction, what did they say to you about the viability of it going forward and why they didn’t think it could be a going concern under the current management?

KEITH GREEN: I think they would’ve taken current market conditions – what’s happening in the marketplace in terms of the chip shortages, the actual market that they’re trying to sell in, and whether it be a viable proposition to do so. It’s a difficult question to answer because we weren’t asked to get involved in that process; we are disposal experts and we’ll try any way to dispose of this.

Well, yes, we could put this under a normal auction condition and not sell them off, but we feel that the correct way to approach this is on an offer basis – to try and procure the correct buyer in order to minimise the damage to the bank to stop the bleed – then hopefully still get [to a position] where the entity can carry on running so we can save jobs for Durban. Durban has shed a lot of jobs with all the unrest that it had. There’s not much more I can really say.

FIFI PETERS: You mentioned that this intervention in part was to try and stop the bleed. I imagine that you were talking about the profits or the bottom line, and I’m just trying to understand the severity of the losses that you’re trying to stop.

KEITH GREEN: Look, I wouldn’t know what exposures the entities have, or the banks have. They don’t disclose that type of thing. In terms of the Popi Act as well, even if I did know I wouldn’t be allowed to comment on that. I think that’s a question better answered by the entities, the banks themselves.

FIFI PETERS: Finally, perhaps you can answer this. How many jobs are you trying to save here, or how many jobs could be on the line?

KEITH GREEN: Firstly, Mara I think only managed to do two months of real manufacturing, and obviously they had a period of training. As far as I can recall, I think they mentioned that at that time they had 60 people on the staff payroll because they were trying to grow the company as it went, and they were running one shift at the time, hopefully moving it over to two shifts and maybe even three shifts to increase the production levels.

But things just didn’t pan out. I think they had the odds stacked against them in terms of Covid and obviously now, even if they did have the financial backing, we’ve got the chip shortages which would affect them also in a negative manner, as they affect other people as well.

FIFI PETERS: As you said, everything from getting a new cellphone. I was trying to get a new cellphone the other day; it didn’t happen, [much like] what is happening in the car market.

Are you engaging with the management at Mara at this stage? And if so, what’s been discussed?

FIFI PETERS: Okay, Keith, thanks so much for sharing what you could with us about the process. Keith Green is the manager of Park Village Auctions, just talking about Mara’s Durban smartphone factory being empty and headed for auction.

Ramaphorias vaccine plant is going to go the same way 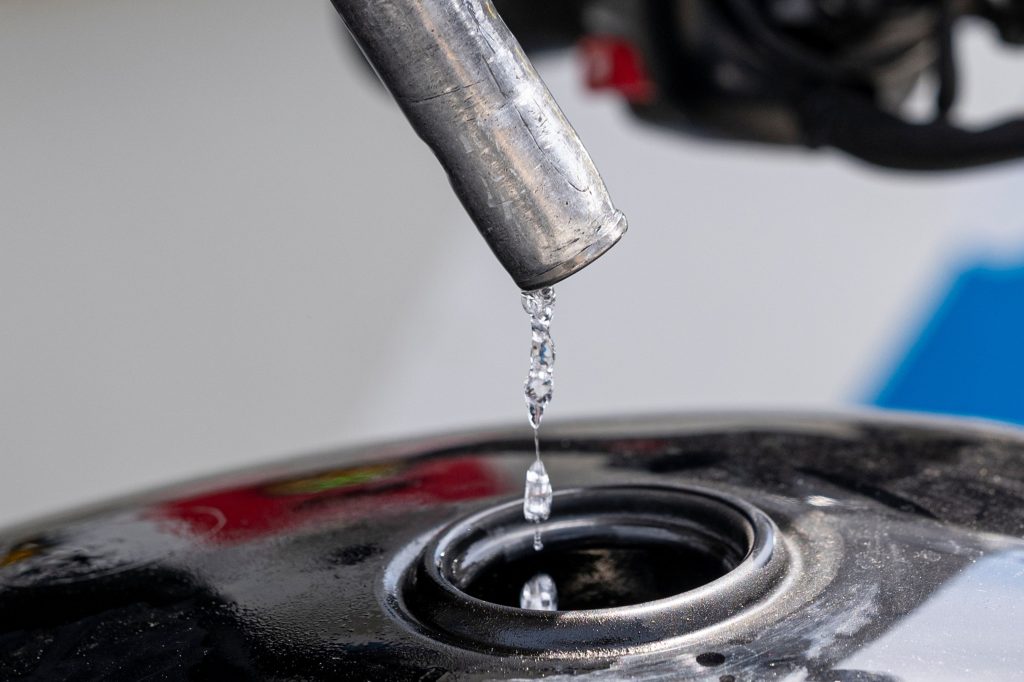