Not the end of the road for print media just yet, says Lebashe

WARREN WHEATLEY: Hi Ryk, thanks for giving us an opportunity. The Lebashe Investment Group is a 100% black-owned investment vehicle, it’s made up of a number of various shareholders, so we are about ten different families across the country. It started off, basically, as a family office investment vehicle that’s just been growing from strength to strength. The three directors are myself, in an executive capacity as CEO or CIO, and then I’ve got two non-executive directors, Jabu Moleketi and Tshepo Mahloele.

RYK VAN NIEKERK: Who are the main shareholders, the families you refer to, who are those families?

WARREN WHEATLEY: Well, my family trust owns a few shares, Tshepo’s family, Jabu’s family, some staff have shares. It’s basically an investment club … the three of us jointly control most of it and then there’s a few other shareholders who would prefer to remain confidential.

RYK VAN NIEKERK: The Lebashe Group has made several divergent investments, including into Capitec, the IT Group, EOH, the alternative exchange, 4AX and RainFin. Where does this acquisition or this investment fit in?

WARREN WHEATLEY: I’ll talk you through our investments, we’ve got a large shareholding in Capitec that’s by far our largest investment, it’s about 8.4 million Capitec shares and I would guess that’s valued at close to R10 billion at this point. Our investment into EOH is at around R750 million at this point and then this would be R1 billion. The financial services assets that you referred to are still fledgling at this stage and they’re brand new business ideas that we’re trying to develop, mostly fintech-type solutions. So, this is a big investment relative to our balance sheet but not our biggest.

RYK VAN NIEKERK: How will you finance this transaction?

WARREN WHEATLEY: We are financing it using our own balance sheet, so we’d be leveraging some assets and then through retained earnings as well.

‘We’re not under any illusion that print media is dying’

RYK VAN NIEKERK: Well, I am in the media business and I can tell you that there are easier ways in the world to make money than owning a media company, why did you buy these assets?

WARREN WHEATLEY: The way we looked at it and it’s less about media but more about delivering quality content to the end user. It’s about quality news and the consumption of that news and the way people consume the news but also how people consume entertainment. So, within the group there are various film production companies, companies that collect and distribute content, music, film, television, radio. So, it’s much more than a, I would say, a traditional media play. I saw one of the questions you asked was why we would buy print assets, and we’re not under any illusion that print media is dying, we don’t think it’s dying as quickly as everyone else thinks. I don’t think it’s going to fall off a cliff and I think we’ve got a few years to properly sit down and think of other methods of aggregating and distributing content and that’s really the space we are excited about. So, what attracted us to this particular asset was the strength of the brands, they’re all South African brands with a rich heritage, they are assets that belong to South Africa and people trust the brand. We want to maintain that trust and we want to take those brands and find different ways to get people to engage with them, using our technology expertise, our technology platforms and those sorts of things to get content, aggregate content and deliver quality independent content to people in a quick, cheap and efficient manner.

RYK VAN NIEKERK: The media, of course, plays a significant role in South Africa, we’ve seen the media being one of the few institutions that “survived” state capture and it’s actually one of the fundamental building blocks of a constitutional democracy. Within that context, we have a media industry that at best is actually struggling and it needs some investment, and especially investment in editorial resources, how would you approach that?

WARREN WHEATLEY: Firstly, I agree with you completely, we think that free speech and a free media is fundamental to any democracy, particularly a young democracy, and it’s one of the pillars of freedom, I would suggest. With regard to investment into editors, we believe the same and we’re going to make funds available to achieve that but also invest in technology to make the work easier and the dissemination of the work easier. So that’s our view on that aspect.

WARREN WHEATLEY: I would guess through our business networks, we had been exploring some acquisitions in the media space and paths crossed and we were introduced to people, made connections and ultimately started talking, I would guess, three or four months ago and, yes, [we] just started exploring the idea.

RYK VAN NIEKERK: Do you ever foresee a listing for Lebashe?

WARREN WHEATLEY: I mentioned that it’s a family office-type environment and at some point we would need to provide an exit mechanism for shareholders who want to cash out. I’m not sure if listing is the way to go, being Moneyweb you would know that these types of structures are not loved by investors, they typically trade at massive discounts to NAV. So, there’s no immediate rush but an exit strategy is something that we’d have to look at, at some point in time in the future or some way of monetising the equity. Whether that’s a listing or what mechanism that follows, time and the economy will tell. I can certainly not foresee a listing any time in the next three years, just given where South African markets are.

RYK VAN NIEKERK: You did not buy all the Tiso Blackstar assets, they still have Hirt & Carter and Gallo, were those assets ever on the table?

WARREN WHEATLEY: We saw no strategic fit with those, and they don’t fit into our strategy of what we were trying to do, so we didn’t expressly make an offer for those.

WARREN WHEATLEY: We will insist on maintaining independence and the quality of the brands and insist on quality reporting, otherwise we are hands off. [Our role] won’t be operational, except in using technology and our other businesses to integrate and aggregate the content and distribute this and building platforms for the aggregation and dissemination of the content. But other than that, no interference from us, we like the management team, we like what they’re doing and there are great journalists and investigative journalism that happens, so we are going to encourage that and encourage that to grow and develop. But no political or any other influence from our side.

RYK VAN NIEKERK: How do you foresee approaching it, how would you go about selecting the editorial leadership of the publications?

WARREN WHEATLEY: Look, from our perspective we aren’t media experts, we need to sit down and learn. Like I said before, we [will] leave it to the current management, we believe they understand the business, they know what to do and how to do it, and we’ll support them in their views on the subject. We don’t plan on getting involved to that degree. Like I said, our involvement is to integrate our various investments and to manage that component. How editors are appointed, incentivised and remunerated, we’ll leave that to the experts in the field.

RYK VAN NIEKERK: We’re currently seeing some layoffs being planned at Business Day and Financial Mail, are you looking to change the staff numbers in the short term?

WARREN WHEATLEY: Look, from our perspective, those are completely outside of our control and, in fact, we are prohibited from getting involved at this point because of Competition Commission matters and regulation. So, it’s really hands off from our perspective. We hate seeing retrenchments, we hate seeing staff layoffs. We’ve chatted to management about it and the response that we received was that it is required in terms of getting the business efficient and lean. It’s unfortunately not anything that we can get involved in or influence in any way.

Sounds good so far. No indication that if the cash runs a bit dry one can always sue a competitor for a million – or was it a billion – as in the Iqbal Surve case!

Judgment reserved. Let us see if the Sunday Times continues to blast ANC corruption or Magashule and his henchmen. Or, will it be like Busiswe Mkwhebane who, upon taking office, immediately switched all the PP’s TV sets to the Gupta channel – and thereby defined her ongoing allegiance.

I am more interested to see who buys Hirt and Carter, Novus in the past would of, would Caxton want to take it off the table?

Good luck to Lebashe on this totally dud purchase. Most of the publications are reduced to trashy journalism and scarcely worth reading. Make a diary note to check in two years time to see whether the tide has been turned. I am not holding my breath.

Whether the current owner of Sunday Times is Tiso Blackstar or Lebashe, today’s sport pages are pathetic! Last night the Proteas beat Australia emphatically in their last ICC ODI at Old Trafford, and what a pleasure for us local cricket fans to celebrate this historic bitter-sweet victory via Rapport’s (Naspers) terrific coverage this morning! Poor Sunday Times – what HAPPENED??

Sewer tariffs: Is the City of Joburg allowed to backdate the change?

Sewer tariffs: Is the City of Joburg allowed to backdate the change? 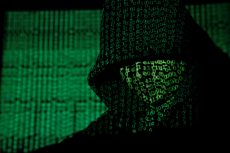