‘A lot more can be done if the right frameworks are in place in the public-private partnership model,’ declares Old Mutual’s Ian Williamson.
Nompu Siziba  /  21 January 2020 20:00
1

RYK VAN NIEKERK: The 50th annual general meeting of the World Economic Forum kicked off in the beautiful and exclusive ski resort of Davos in Switzerland today, January 21, 2020. The event attracts more than 3 000 political and business leaders from all over the world to talks about the global challenges. And this year’s event focuses on climate change and sustainability debates.

South Africa sent a team to Davos under the leadership of Finance Minister Tito Mboweni to market South Africa as an investment destination. One member of the team is Iain Williamson, the interim chief executive of Old Mutual. Iain, welcome to the show and thanks for joining us. Is this your first visit to Davos?

RYK VAN NIEKERK: How do you find it?

IAIN WILLIAMSON: It’s quite a unique opportunity in the sense that it’s one of the few events I’ve ever been to where you have such a concentration of global decision-making in one place at the same time. So it creates a unique opportunity to meet with a lot of people who either the impact on the value chain of your particular business, or who might have an interest, for example, in investing in South Africa, and having that conversation.

RYK VAN NIEKERK: South Africa has a pretty significant team there, under the leadership of the finance minister. What is team South Africa’s main agenda at the event, and yours as well? Why are you there, and what do you aim to achieve?

IAIN WILLIAMSON: I guess the two are slightly different. At the South African level, the main objective that the team has is to reassure international investors about South Africa, and about South Africa as an investment destination. The finance minister is leading the charge on conveying the message that we are open for business, we are aware of our challenges, we do understand what they are, and we are grasping the mettle of solving those problems.

For me and for Old Mutual, the agenda is slightly different. It is to say that we have a large business and involvement in bringing energy investment in particular, which would be relevant to the Davos agenda. One of the main agenda items is around climate change and sustainable energy. In South Africa and in the African context Old Mutual is a big player in that value chain, so we have a voice that needs to be heard around that.

RYK VAN NIEKERK: Absolutely. You’ve been one of the big firms supporting green energy in South Africa and providing finance for it. But Donald Trump, the US president, spoke at the event – and he was not as supportive. He said, and I quote: “The world should reject the perennial profits of doom and their predictions of the apocalypse.” That is after Greta Thunberg, the Swedish activist, also spoke at the event and said governments around the world have done basically nothing to address climate change. How were those diverging views accepted?

IAIN WILLIAMSON: Well, as you know, those two camps are unlikely to find each other quickly. I think though that Thunberg would be pointing to the evidence that global carbon emissions have not actually come down, and therefore the global warning and the targets around the two-degree [C] increase in global temperature or limit in global temperature increases to two degrees are under threat. And I guess the Trump camp feels that this apocalypse hasn’t arrived yet, so what are we all worrying about? Speaking for myself personally, I’m very much in the camp that we should all be extremely concerned for the sake of our children and future generations, rather than something that’s for this generation.

RYK VAN NIEKERK: I believe the interaction of world leaders, especially regarding this topic, is critical, but the Davos event has been labelled as a talk shop. Do you think anything concrete will flow from this event in future?

IAIN WILLIAMSON: In the president of the economic forum’s address this morning, he made the point that this needs to be a call to action and not a talk shop. And many of the sessions are structured as workshops, rather than just discussions, as it were. So, for example, I was at session earlier today talking about providing clean energy in the fragile environments. You can think of the many African economies that have such environments, and what he had there was role-players from various parts of the system that needs to be the solution. So, for example, where the United Nations bears arms with the United Nations, there we had financing companies, their non-profit organisations. And it’s only by those different players in the system getting together to resolve any of the sticking points in implementation that we can solve the problem, because there are some systemic issues.

So it’s quite easy to start to say it’s a talk shop, but sometimes these discussions are necessary, and then the action can flow thereafter.

I was quite encouraged by the commitment to action coming out of the workshop that I was in this morning. So I would sum it up by saying that there are certainly parts of the agenda that I think are more of a talk shop, but there are others that are inclined towards action, and there are a lot of working groups that get formed out the main event that take some of the actions forward throughout the year afterwards.

RYK VAN NIEKERK: Old Mutual – you have committed a significant amount of money already, n excess of $80 billion for, call it, green projects. Obviously that is in partnership with other institutions. This move towards a more environmentally friendly economy, or world economy, how dependent is it on government as opposed to the political will from business leaders around the world? Is that a symbiotic relationship, or can business leaders make a difference on their own?

IAIN WILLIAMSON: It’s more difficult without the regulatory umbrella providing support. So, for example, in the South African situation the regulation to allow independent power producers to sell energy back into the national power grid is not in place. In other countries around the world – the UK is a good example – that is in place, and that then incentivises people to play a bigger role in providing those kind of alternative solutions.

So there is a certain amount that business can do on its own. But there is a lot more than can be done if the right frameworks are in place in the public-private partnership model.

RYK VAN NIEKERK: Our thanks to Iain Williamson.

Grabbing the last few bucks before the country burns down completely. 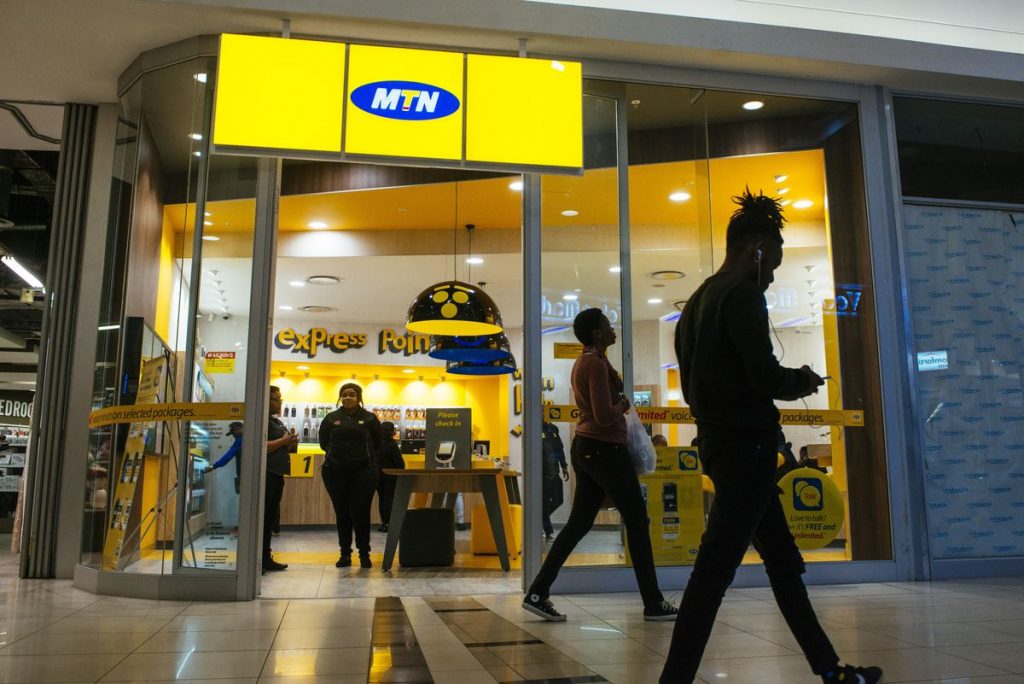