Deputy finance minister Sifiso Buthelezi on the road ahead for National Treasury.
26 Jun 2017  19:04 SIKI MGABADELI:  Today we are focusing on ratings and the recession – a conversation with the Treasury on the road ahead. We are speaking to the Deputy Minister of Finance, Sifiso Buthelezi. As you know, the most recent GDP data shows that our economy is in a technical recession. That’s two consecutive quarters of negative growth. And we’ve also been downgraded by ratings agencies and could face further downgrades. So what does Treasury think of the current situation and what is the plan?

Deputy Minister, thank you so much for making the time to talk to us today.

SIKI MGABADELI:  I’d like to get a sense from you right now when you look overall at the current economic trajectory – where are we?

SIFISO BUTHELEZI:  I think we are in a very, very bad situation. The recession numbers, as you have indicated, the downgrades by all the rating agencies, high levels of unemployment, 27.7%, and low business confidence – all those things definitely are gravitating against us. I think we appreciate the gravity of the economic situation that we are faced with.

SIKI MGABADELI:  How did we get here?

SIFISO BUTHELEZI:  I think that’s what should concern all of us. Right? I think there’s a point that we make that the situation that has been coming for a long time, even before the 2008 global economic crisis, we hadn’t dealt with the question of unemployment. Although economic growth which was very healthy, but it was a growth which was not creating jobs. Right?

Then comes the global economic crisis that exacerbated that situation as we see where we are now as far as unemployment is concerned. We’ve never been able to deal with the question of inequality. With economic growth over the years, again it was not getting down into the lives of all the people of South Africa, especially the people who were on the receiving end of apartheid, the black people, the majority of this country.

But come global economic crisis 2008, everything went even more pear-shaped, right, because even that very economic growth that we are talking about started being compromised, and we had some reserves as far as the fiscus is concerned, but as government we were forced to embark on countercyclical investment. We continued to invest but we were eating on our reserves.

But … It wasn’t for some fiscal numbers, in that the debt you can see that our initial debt stands at about R2.2 trillion and that includes the cost of servicing the debt, making less and less available resources to relieve the socioeconomic challenges of our country.

So it has been coming. And the downgrade that we are having, we have been downgraded before since I think it’s around 2012, right, so all of them downgraded us. I think if South Africa only woke up now because we are about to get into sub-investment grade…

SIKI MGABADELI:  Which has significant issues. I think you outlined very well a lot of the things that have taken place over the past few years, but I just wonder if you can achieve anything, if you can achieve the inclusive growth, if you can remove inequality without the social partners. Now we are hearing the term “trust deficit” come back into the conversation, where just not too long ago it seemed like the social partners were working together. Now we hear that Cosatu has been meeting with Business Leadership South Africa, without including you in that. Can you achieve anything if you don’t all work together?

The point that we are making this morning is that we can decide to sleep and fold our arms and continue the blame game, but the ship is sinking and sinking with all of us. The sooner the we realise that we need each other to get out of this economic situation, the better for of us. We are saying I’m old enough … I make for example that in Codesa there was an incident when during the negotiation FW de Klerk went to Codesa and asked to be the last speaker, and when he got in there he went for Nelson Mandela and the ANC. And do you know what Mandela did? He said, I would like to respond to what FW de Klerk said – and he went for him, he went for the jugular. But, guess what, after that they came out and they realised again then said we need to create a democratic South Africa. They came out and called all of us and said, we must make this thing work.

So I’m then saying that we are not even at that level with business. The president has had a meeting with BLSA, where they raised a number of issues and the president committed to say we are going to meet again so that we deal with these issues.

SIKI MGABADELI:  It sounds to me, deputy minister, like we need to have a war room right now with everybody, because we are sitting in a crisis. We cannot countenance nine million unemployed people in this country right now.

SIFISO BUTHELEZI:  Agreed. That’s why you take every opportunity. Because you know what, there are a lot of things again, there is a lot of uncertainty which was created with the cabinet reshuffle. If you look at what happened in the first quarter of this year and the last quarter of last year, leading to the technical recession that we are talking about, there was uncertainty about the very same cabinet reshuffle. So I was making a point. That one is out now.

We know that Minister Malusi Gigaba is responsible for Treasury. You can deal with him because business likes to have certainty. They want to know what type of an animal they are dealing with, and I think they’ve seen that it doesn’t have horns. We have been out there saying to them there’s continuity with policy, there’s continuity with the budget that was approved at the beginning of the year, presented by Comrade Pravin, and trying to make the point that the policies that are there are not individual’s policies. They are the organisation’s policies and government policies of the day.

SIFISO BUTHELEZI:  In our interactions with because and labour these are the types of messages that we deal with.

SIKI MGABADELI:  Do you get the sense that they believe you?

SIFISO BUTHELEZI:  If the public pronouncements are anything to go by, you’ve had heard Busa for instance, when they talk ahead … talking about certain things that we are undertaking that we’ll do. Amongst others, we said we want to make sure there is stability at National Treasury, and when the former DG was resigning, [Dondo Mogajane] was appointed director-general. But it just didn’t end there. The new director-general was somebody who has been here about 20 years. So we didn’t have any other persons that were coming into National Treasury. That’s one.

We spoke about the signing of the Fica Bill because there were all types of conspiracy theories about that. The president has signed the Fica Bill, and the minister has also signed. So we are moving.

One of the things which keeps being raised by a number of other investors or our bondholders and the rating agencies is the question of what is happening in our state-owned companies. One of the things that we did, which was not happening before, when we were meeting with the rating agencies, we said look, let’s get our colleagues who are responsible for these departments and these companies, so that they become party. We ask them, they respond, they tell you what exactly they are going to do, and we had that interaction with them. The questions were asked, they answered and that says we ourselves – it’s not about only National Treasury. We as government are a team and we are committed to making things happen.

SIKI MGABADELI:  And the Mining Charter? Moody’s warned last week that if the latest iteration of the Mining Charter is implemented, that the already low credit ratings the South African mining companies already have might suffer. How much influence have you got on other ministries and their regulatory decisions?

SIFISO BUTHELEZI:  With the Mining Charter I think before it was published it was a black box to many people. people who are there, who are in the industry. There is one point I would like to make – it’s there, it’s out there, and I think it gives South Africans an opportunity to deal with it. If it’s not implemented, well I think even those of us who are not in the mining sector are able to make our own inputs. So I think the mere release of it, I don’t think it should be much of a concern. I think the concern should be what happens going forward. It’s what would worry me.

But coming on the very same thing of the Mining Charter, they talk about 26%, 30% – what difference does it make? For me where I am, I would like to know with the targets that we’ve put – we talk about 26% – if we achieve that, and from where I’m sitting I don’t think we achieved, and many other things you know have been spoken about. The question would be for the role-players to say what is it that we didn’t do which we were supposed to do and what can we do differently to make sure that there is transformation in the mining sector. Let’s not bog down to the depths of 4%, 26% or 30% and then the country comes to a standstill, because even if it was 10%, we haven’t reached 10% ownership of the mining sector.

SIKI MGABADELI:  We’ll leave it there. Thanks for your time, Deputy Minister of Finance, Sifiso Buthelezi. Over the revenue losses suffered due to the near 3-month coronavirus ban on alcohol sales. 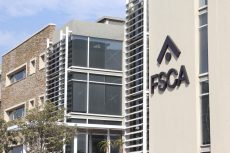 Should I file a complaint against my wealth manager with the FSCA?

Amanda Visser / 3 Aug 2020
More than 3 million taxpayers will have their tax returns filed by Sars on their behalf this year.
33