HANNA BARRY: Good evening and welcome to the SAfm Market Update with Moneyweb. My name is Siki Mgabadeli.
We are broadcasting live from the Investing in African Mining Indaba in Cape Town. Minister of Mineral Resources Ngoako Ramathlodi delivered the official welcome at the Indaba this morning, and it seemed his main message is that South African mining is open for business. He says he wants to provide both current and prospective investors with regulatory certainty. We caught up with him at the Indaba today.
Peter Major, who is mining analyst at Cadiz, moderated a panel discussion today, looking at how private equity will impact on the mining sector. He speaks to us.
And Kumba Iron Ore dropped its total dividend by 41% after its net profit decreased by 29% in the year to end-December as a result, of course, of the price of the depressed commodity. So my colleague Hanna Barry spoke to chief executive officer Norman Mbazima. [See website]
David Shapiro of Sasfin is watching the markets for us today. But first, Tumisang Ndlovu has your business news headlines.

TUMISANG NDLOVU: Thanks, Siki. Good evening.
South Africa’s unemployment rate now stands at 24.3%, following a 1.1% drop in 2014, according to Statistics South Africa’s quarterly labour force survey 242 000 found work in the fourth quarter of last year. A total of 44.1m [?] people remain unemployed.
Still on labour, parliament’s portfolio committee on labour has concluded public hearings on a national minimum wage and will report back to the National Assembly by mid-2015. These took place in KwaZulu-Natal, the North West, Free State and Gauteng, where figures between R4 500 and R20 000 were suggested. But labour analyst Andrew Levy says South Africa is not ready economically to entertain the implementation of a national minimum wage.

ANDREW LEVY: Obviously there is a concern with people earning very low wages, but at this point I would like to suggest that our national priority is to get people working, then to worry about issues like minimum standards in a more meaningful way.

TUMISANG NDLOVU: Mineral Resources Minister Ngoako Ramathlodi is seeking legal advice on testing some provisions of the Mineral & Petroleum Resources Development Amendment bill. This emerged at the Mining indaba under way in Cape Town, where the minister also assured delegates that South Africa has a stable mining environment for investment. Earlier this year President Jacob Zuma sent the bill back to parliament for reconsideration because it failed to meet constitutional muster.
And Stage 1 load-shedding kicks in from this hour as announced by Eskom earlier. This is the latest in the series of nationwide blackouts by the parastatal, which continues to battle power-supply challenges as well as financial woes.
Financial indicators this hour: the rand is trading at R11.71/dollar, R17.78/pound and R13.23/euro. Gold is trading at $1 235.77/oz, platinum at $1 212.63/oz and Brent crude oil at $57.91/barrel. 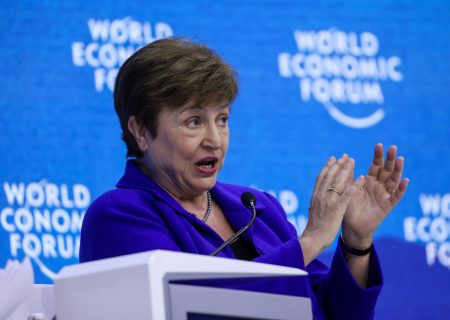