SIKI MGABADELI: Our guest market watcher in the studio with me this evening is Maudi Lentsoane. Good evening, Maudi.

HANNA BARRY: We saw the all-share index edge up slightly, ending 0.21% higher, as Tumi said, at 52 105 points. The Top 40 also up slightly to end at 45 815 points. What for you was an exciting or not so exciting part of the market today?

MAUDI LENTSOANE: Look, most certainly I think we fared quite well considering the negative news that we saw coming into today. There were a couple of numbers that were worrisome – the bad number that we saw out of China. The trade numbers that came out were obviously significant. The way we were going to go, possibly we could have gone much, much lower considering how negative those numbers were.
We’ve also got the situation out in Europe with Greece – the tension there is mounting very, very high with the Greek prime minister yesterday issuing almost very defiant, if you like, utterances and rhetoric that are quite worrying for any investor, particularly in the eurozone.
But also we’ve got the whole tension out in Russia, with the US saying hang on, we are perhaps going to send some troops there and try and fight Russian rebels over the whole situation out in Ukraine. So there were a couple of negative news items coming in , and I must say we’ve done phenomenally well, considering the circumstances.

HANNA BARRY: As you say, Chinese demand came out yesterday, Chinese imports falling 20% in January year on year – and of course China is a major importer of South African commodities. Not good news for us.
And you mentioned the Greek situation. I see reporters are referring to it as Grexsit, sort of predicting a Greek exit from the eurozone. We will have to see but, as you say, leftist Greek Minister Aleksis Tsipras was really calling for all kinds of ends to what he calls Greece’s cruel austerity programme – such as reinstating pension bonuses and raising the minimum wage back to pre-crisis levels. It’s going to be interesting to see how that plays out.
The rand is also looking a little bit weaker than it did on Friday. It sort of opened on Friday I think around R11.28 and now we are back down to below R11.50/dollar. What’s behind that?

MAUDI LENTSOANE: Most certainly. I think the recent weakness that we saw from Friday continued again. We are sitting around R11.58, R11.59, thereabouts. The weakness that we saw came on the back of very strong numbers out of the US. You can understand, those numbers that came out of the US effectively mean that we could potentially see the US increase interest rates much sooner than had been expected. So that wasn’t so much the rand weakness but it was more dollar strength. If you look at the rand, it’s actually trading fairly well against the euro, so it’s more on the dollar strength than the rand weakness. I think the rand has actually fared quite well, I must say, considering we’ve got lots of negatives currently with Eskom, the load-shedding. It could have been worse. But I think it’s really trading fairly well at these current levels. We cold actually still see some further weakness to highs around R10.70, R10.75 [R11.70, R11.75] there is a possibility that we could actually make a move there. But I think from there we should be OK.

HANNA BARRY: Looking closer to home now, Harmony Gold issued results for the quarter ending December 31. On a six-month basis, year-on-year gold production was down, headline loss widening from R71m in the previous six months of 2013 to R763m to the end of December 2014. I spoke to Graham Briggs, the CEO of Harmony Gold, earlier and asked him whether there was any good news.

GRAHAM BRIGGS: Ja, no, there is a lot of good news. Let me just try and tell you two of the good news stories, maybe three in fact.
One is that we have the results of the Golpu pre-feasibility study – that of course crystallised a bit more value from what people are seeing and we saw our share price increase since mid-December to the end of January much more than other companies. So that was good news and people are seeing that project really as a good project.
The second bit of good news is that our safety on our mines is vastly improved. We had here in South Africa a fatality-free quarter, something that we haven’t had before in Harmony.
And then the third bit of good news is we are actually making some real progress with restructuring the company and this restructuring does take a long time. Our ability to tackle all the multiple areas has been very difficult, so we’ve been stepping through it one by one. We’ve completed the restructuring at Target 3. At our hospital we’ve done some management restructuring and now we have commenced on Kusasalethu. So by June we are hoping that we can get all our operations cash-flow positive.

HANNA BARRY: Also a trading update out today from Tiger Brands. I’ve just had a look – the share price is down more than 5%. They issued an update for the quarter ending December. Slightly disappointing, I think, as that share price tells us. Sales were up only 7% to R8.2bn. Maudi?

MAUDI LENTSOANE: Most certainly. I think when you look at Tiger Brands, you are talking here big pressure obviously coming from Nigeria, and also the slowdown in South Africa. It was to be expected, the kind of pressure that we saw. We know that with the recent drop in the oil price, particularly from a Nigerian point of view, the Nigerian economy is under pressure because of the falling oil. And as a result of course the Nigerian naira has been under pressure, which is where obviously the operation that they acquired back in 2013 I think, Dangote Flour Mills…

MAUDI LENTSOANE: It hasn’t really delivered today the results that they kind of expected, and they are seeing a lot of pressure from there. And it’s just made worse by the fact that the Nigerian economy has experienced this unfortunate circumstance with the oil price coming under pressure. But from a South African point of view there is also pressure there as well. And hopefully it can actually pick up from a South African point of view because the negative that the oil impact is having on the Nigerian economy is having a positive impact on the local economy.

HANNA BARRY: Well, we’ll have to watch that one. 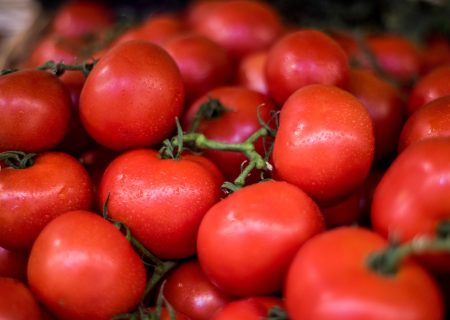