Is the airline industry ready for the festive season?

NOMPU SIZIBA: Comair’s Kulula flights are set to take off from December 1, 2020, tomorrow, and its British Airways flights from around the December 9. This follows the group being salvaged out of business rescue by a consortium of business individuals, which includes some of its board members and an investment vehicle called Luthier Capital. Its airliners will now join other domestic airline carriers who’ve resumed flight operations, and added to the mix will be Gidon Novick’s new airline, Lift, which suggests that domestic competition is likely be rife. This is in a landscape where South African Airways is currently no longer operating. What does this all mean for the local aviation industry, and how is tourism demand looking for the festive season?

Well, to discuss these issues further I’m joined on the line by Chris Zweigenthal, CEO of the Airlines Association of Southern Africa [AASA]. Thank you so much, Chris, for joining us. Now, the local aviation space has certainly changed quite a bit since lockdown in March, with a significant player out of the running and others coming back on board. How do you see the local aviation industry right now?

CHRIS ZWEIGENTHAL: Thank you, Nompu, for the opportunity to join you. Yes, certainly a very exciting time for us as we start to ramp up this week. We started in June, when it was reopened after the lockdown, and from a quite a slow start we’ve now got to the point, at the end of October, where we’ve got to back to 36% of the passengers we carried in October 2019. The numbers from November are also looking very good. And obviously, with the added capacity coming in from Comair and Kulula, as well as the new airline Lift, as well as the added capacity from our existing airlines, like FlySafair, Airlink, Cemair and Mango airlines, we are in for a lot of capacity on the market. And, as you say, the competition is going to be pretty rife. So I think it’s going to be a good time to fly and we’re really looking forward to welcoming passengers back on board our aircraft.

NOMPU SIZIBA: Now, there are quite a number of airlines serving the same routes or markets, so this should mean more competitive prices, as you’ve just said. But, as things stand right now, do you see demand matching the supply as we’re being warned that a second wave of the virus could be upon us? Of course, that will worry potential travellers.

CHRIS ZWEIGENTHAL: Yes, but I don’t think we need to be too concerned about that. As for a second wave, I’m very firmly of the view that just should not deter travel. From a perspective of a second wave, the important thing is to ensure that we all behave and comply with the protocols and the norms that are in place, particularly from the airports, on the airlines, as well as all the tourist destinations, hotels, restaurants, and so forth. If we can comply with that and behave,  by wearing marks and social distancing, then I think that shouldn’t be a deterrent.

So I would really like to see people moving around and getting on board the aircraft. And obviously hopefully fear is not a deterrent. It’s imperative that we don’t go a step backwards and go back into any form of lockdown, because we’re now starting to see a revival of the aviation and the tourism industry and we don’t want to go backwards.

NOMPU SIZIBA: Of course. What about the international market? To what extent are you seeing a recovery in international visitors, transiting and going all around the country, either for business or leisure-tourism purposes?

CHRIS ZWEIGENTHAL: Well, international travel is very, very important as well to the local market. We’ve just seen one month of international travel, where the airlines only started at the beginning of October, in addition to some of the repatriation flights that have taken place before then. So we’ve actually seen a very small scheduled operation from the international side – only about 8.7% of the same number of passengers as in October 2019. And the load factors are very low. They’re around the 30% level. So there’s lots of capacity on board these aircraft.

And also we know that the airlines are looking carefully at their flight loads, and obviously changing schedules and looking at cancelling some flights.

But it’s essential that we can get this back on track.

From an international perspective, the feed from international travellers onto domestic feed is around about 20 to 40%, depending on the airlines involved. So international passengers coming back is essential as well. That is obviously being determined a lot by the policies of international states, foreign states, where they have either lockdown situations and obviously are not really allowing people to either travel, or they are insisting on quarantine, which we don’t support, as we believe that that’s a deterrent to travel, and we’re not sure that that’s very effective.

NOMPU SIZIBA: We know that in the real world it’s only the fit who survive, and your industry is very, very competitive indeed. When you look at the industry, just in percentage terms, what proportion of air airliners have those fuel-efficient aircraft that make it cheaper for them to fly? And of course on top of that, in the current context it’s so unfortunate for you guys that at the festive season we’re beginning to see an uptick in oil prices, which would also mean an uptick in jet fuel prices. So how do you manage all of these factors  against the backdrop of the situation where you need to have competitive pricing? How do you remain sustainable in that situation?

CHRIS ZWEIGENTHAL: Well, prior to Covid coming, and at lockdown, we’ve had the situation where a lot of the airlines are actually repleting and bringing new aircraft on board. A lot of the airlines in South Africa have got fuel-efficient aircraft. So obviously they’re getting that benefit from a lower fuel burn, relatively speaking. In terms of the fuel cost going up, absolutely. We would obviously prefer not to see that happen, but have had some situations where the fuel price is impacting.

But I think the lower fuel burn is another advantage. And that is that we are very responsible in terms of environmental impact. So obviously lower fuel-burn aircraft will feed very, very much into the goals of ensuring that we get reduced greenhouse gas emissions and the carbon footprint is reduced. That’s something that’s very important as well, not only from a domestic perspective, but internationally as well.

NOMPU SIZIBA: Obviously you’re the head of the Airlines Association of Southern Africa, and you would only wish everybody the best, but do you think that some people won’t be able or some airliners won’t be able to survive the current environment because the price point is going to be so important?

CHRIS ZWEIGENTHAL: Yes. Look, it’s going to be very tough. And I think we haven’t seen significant collapses of airlines around Africa, or around the world at the moment during 2020.

The problem is probably going to be in the first quarter, second quarter of 2021, when those that have actually taken loans are having to repay those loans and starting to have to pay the loans back and finance charges back.

That’s where their challenge is going to be, and that’s why it’s absolutely essential that we keep going and ramping up the activity levels, encouraging passengers to come back, knowing that we’re really there to ensure that they are safe and they operate in a healthy environment, and that it’s as safe to fly as it always has been.

NOMPU SIZIBA: Perhaps I’ve missed something, but is there one last comment you’d like to make before I let you go?

CHRIS ZWEIGENTHAL: No, I just think we’re looking forward to continuing the operation, working very closely with government. I think that’s something that’s been very important in the time of all the protocols and measures in place. And we would value the interaction with government, particularly from our side, as well as the Department of Transport, the Department of Tourism, Home Affairs and of course the Department of Health. We’d really like to see that interaction and that relationship improve even more, so that we can work together and even have better success as we go into 2021, which is going to be an absolutely critical year. We’re still going to see problems with cash availability and liquidity and we need to go forward and get into 2022/23, when hopefully we will be back to the pre-Covid situation,

NOMPU SIZIBA: All the very best, Chris. Thank you so much for your time, sir. That was at Chris Zweigenthal, the CEO at the Airlines Association of Southern Africa. 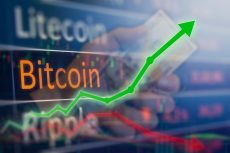