We are chatting to Wayne McCurrie who is with Momentum Wealth. It’s been topsy-turvy.

WAYNE McCURRIE:  It’s been a big week with SA Breweries, certainly. But the market has been okay. Obviously the news has been dominated by SAB. Today the market was relatively lacklustre. Even the volumes were reasonable.

SIKI MGABADELI:  Where were we today?

WAYNE McCURRIE:  R17bn. I actually thought the volumes were low, because not much seemed to happen. Then when the US opened, the market went back a little bit. But not terribly exciting. There obviously were a few things.

Murray & Roberts’s share price was down again on the bridge story.

SIKI MGABADELI:  It didn’t survive much because it went down to a record low on the day, and then it went straight back up, and then today down again.

WAYNE McCURRIE:  And of course the new listing that was coming to the market, Waco, has been postponed now because they are the scaffolding company that’s involved in this. Whether they just rented the scaffold to Murray & Roberts or whether they erected it we’ll only find out later. Of course, Waco used to be listed as part of W&A many, many years ago, so I still actually remember it reasonably well.

And then today as well Net 1 UEPS – they pay social grants. There was a lot of to-ing and fro-ing and court cases about the granting of this contract to them to issue the grants. And then today the Supreme Court or one of the courts said you are going to have to carry on doing it because no one else wants to do it. So their share price was up 8%. No one tendered for the new business, no one tendered – including themselves. So they just said you’ve got to carry on. You can’t not pay grants,

WAYNE McCURRIE:  That was up I think 11% at one stage and it ended the day up about 8%. But hopefully next week will not be as exciting as this last week with SAB, because that was quite something.

SIKI MGABADELI:  We’ll come back to SAB, because this is probably going to take something like a year, right?

WAYNE McCURRIE:  I would think so, yes.

SIKI MGABADELI:  There are so many things to happen. Let’s park that for a bit.

Just back to Murray & Roberts, because you’ve got Waco obviously pulling out of their IPO. Again, I wonder if there is not going to be some sort of fallout for the construction industry as a whole, because the government has not forgiven them for the collusion. So there is already all that lack of trust.

WAYNE McCURRIE:  Look, this is just not good news. And unfortunately it takes a very long time, because there is going to have to be a commission or some investigation. I’m personally amazed that the roads opened so soon because normally when there are fatalities there are inspectors crawling over that site for weeks. I think it’s very good news that they managed to get the road open.

SIKI MGABADELI:  Well, you don’t shut down the biggest economy on the continent.

WAYNE McCURRIE:  It’s actually amazing – one bridge shuts down and traffic is affected 30 or 40 kilometres away.

WAYNE McCURRIE:  I beat you. It took me almost four hours to get from Centurion to Rosebank.

SIKI MGABADELI:  And I was going a longer distance than you.

WAYNE McCURRIE:  Look, it was quite something.

But the US inflation number today was quite important because everyone was worried about deflation, everyone was concerned – what’s happening on deflation? And of course the lower inflation is almost totally due to lower commodity prices. Oil is the best one. When the oil price falls from $115 to $50 over a year, inflation falls strongly as well. So I don’t think deflation is a major worry. In other words, deflation or falling prices are not caused by a lack of demand. It’s actually the price of oil that’s fallen, the price of coal that’s gone down, the price of iron ore that’s gone down.

SIKI MGABADELI:  What does it mean for rates?

WAYNE McCURRIE:  It definitely means rates aren’t going up this year in the US. I doubt that. They will go up next year. And of course that’s good news and that’s maybe why we are seeing the little mini-rally in the rand from R14 down to R13/dollar.

SIKI MGABADELI:  We are happy because yesterday I had a chat with Mike Schüssler, who says we need to go to R16.20.

WAYNE McCURRIE:  Look, there are pros and cons and I must admit I’m not totally convinced what’s the best. Should you have a weak rand that boosts our exports or should you have strong rand that makes us feel richer? I actually don’t know the answer.

I do know two things, though. I think we are very lucky this time around that inflation is not 10% because of rand weakness. And the only reason why it’s not 10% is there is no domestic demand and people can’t push prices.

The second thing I do know is that ultimately the share price of your country is its currency. Whether you are doing well or badly, and whether things are going well or not so well, is ultimately reflected in your currency. It’s not the government or the economy. It’s how diversified your economy is, how you can cope with problems, how much debt everyone has got. The reality is your currency, which is your share price.

SIKI MGABADELI:  And that actually speaks into our next conversation – about how markets work, what moves them, what doesn’t, how cycles work and all of that. 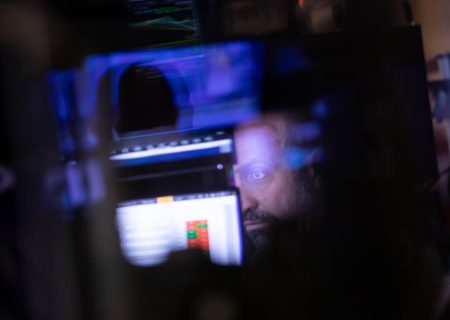