SIKI MGABADELI: Some trading updates out today. We are headed of course to our own corporate reporting season, so these will be coming out thick and fast over the next few weeks.
First, the Lewis Group guided that revenue for the period grew by 4% and merchandise sales by 3%. Sibanye Gold also advised via an operational update that gold production for the year was in line with guidance despite the underground fire they had at Driefontein earlier in the year and of course Eskom’s load-shedding in the latter part of the December quarter.
Let’s unpack some of these details with David Shapiro of Sasfin.
Let’s start with Lewis, because we were talking about retailers. And maybe this is an indication that December sales weren’t so bad after all.

DAVID SHAPIRO: Don’t get too carried away. The market liked them, because it pushed the share price up. I think what was significant was that they had a very good December quarter, sales were up. Remember, they took on Beares as well. So they’ve expanded their business… but I think the trend was up and that’s why the market responded. If you look at the nine-month period, each quarter, or each three months of those nine months, has been an improvement and I think the trend is improving. But if you look at the absolute numbers they show very little real growth. They didn’t give us an inflation number – that will come through later, or I didn’t pick it up. But one has to look at where the volumes are increasing and how they are operating against those – in other words, that’s the real growth. So not a bad result. I think not as great as we’ve seen. This is furniture…

SIKI MGABADELI: And it’s a credit retailer as well…

DAVID SHAPIRO: So one doesn’t expect very good results. I think we’ve seen far better from the apparel and the food companies. But at least the trend is up. I think it’s far too early to see a significant improvement. And I think the other thing which impressed me as well – why they did well – is, remember, there were some huge sales taking place from Ellerines, etc, which must have attracted customers away from them – and yet they still seemed to do OK. But they did have Beares in there.

SIKI MGABADELI: And they did a lot of promotional type things in the December quarter, so that would have put them in some good stead as well.

DAVID SHAPIRO: You would need a proper furniture or retail analyst to give you an interpretation. But I think superficially it’s in the right direction.

DAVID SHAPIRO: I really enjoy Neal Froneman. I think he’s done an incredible job with Sibanye, taking these underperforming mines and producing some super results coming out of there as well. I think what the market looks forward to now and next year is that production will increase in all these mines. Remember, these are old mines, these are mines with very limited…

SIKI MGABADELI: … they are sweating them.

DAVID SHAPIRO: Absolutely, he is sweating them. He has promised dividends, and that’s what the whole attraction of Sibanye is. Listen, these are old mines, limited life, we are going to take them as far as we can but we are going to give you big paybacks from this and we are going to mine them properly – which was a bit of an issue with the previous owners, AngloGold. But what happens is they will increase production next year, they are going to produce a lot more ounces and they are doing it at a profit. Their cash costs and all-in costs still give them a very reasonable margin, even with gold at these kind of levels. That’s why the market celebrated these [figures].
Again, you are seeing improving results as you mentioned in your introduction. It wasn’t exactly the greatest year for gold mines because of strike action and various other things, and they are doing it despite load-shedding as well. 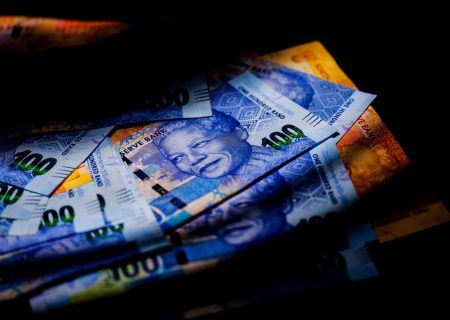