While several economic indicators have noticeably improved in the first quarter, recovery has not been across sectors: Iaan Venter, Reserve Bank.
By Fifi Peters 28 Jun 2022  23:38

FIFI PETERS: Now to take a birds-eye view of the economy. The South African Reserve Bank released its Quarterly Bulletin today. It is a 127-page document, essentially a window of how the South African Reserve Bank views the economy, how growth is holding up, how the financial positions of look, the investments that are being made by the private and the public sectors, as well as the inflows that are coming into our financial markets.

We have Iaan Venter, the senior manager of the Economic Statistics Department at the Reserve Bank. Iaan, thanks so much for your time. We don’t often talk about the Quarterly Bulletin on our show. I just want to know from you what you think the important points are for the listeners who are members of households, as well as listeners who are running businesses right now. What is important that they need to know about this Quarterly Bulletin that you guys put together?

IAAN VENTER: Good evening, Fifi, yes. As you said, the Bulletin is quite a lengthy document. It basically provides a report on the domestic economic developments in the first quarter of this year. This bulletin specifically and actually – although a lot of economic indicators are still well below their pre-Covid levels – shows that the first quarter outcome was generally quite positive and strong.

FIFI PETERS: And mostly positive highlights. As you said, a number of the indicators are reflecting that things are on the up and perhaps the worst of the Covid-19 storm is behind us. But where are the areas of weakness presently in the economy – as you guys see them?

IAAN VENTER: I think there are certain sectors. I think one must also add that the recovery has not been even among all the sectors, so there are certain sectors like the construction sector, for instance, where output is still way below the pre-Covid level. Employment, as I mentioned, is lagging. And then obviously price pressures are mounting, especially input prices which have increased very sharply [and] energy prices, fuel and crude oil, as well as food prices, especially grains. This has been made worse by the war in Ukraine. A lot of it is also global developments. But the price pressures are among the headwinds that we are facing.

FIFI PETERS: Yes. We are all feeling those price pressures. They are certainly squeezing our pockets and our money is doing a whole lot less and having to get fewer goods. We know that the South African Reserve Bank is also pretty worried about inflation; it’s one of your main concerns. Just based on the data, when do you see the inflation risk passing? I know it’s very difficult to call when we will have our peak and all that but, just based on what the numbers are saying, is it getting better or are we still in for some tough times?

IAAN VENTER: I think the statistics are not yet showing that it has turned around. I think we’ll still see some inflation accelerating. If you look at inflation [in] producer prices, which have been in double-digits for a while now, and [are] still increasing, those are your input costs. Those usually feed through to the Consumer Price Index with a bit of a lag. Then I think the full impact of the food-price increases internationally we haven’t seen yet. So there could still be a bit of price pressure coming through before things turn around.

But I think a lot will also depend on global developments – for instance how long the war lasts in Ukraine, if they are able to get food supplies out, the next harvest there, and obviously the impact of that on crude oil prices and fuel prices. So a lot of that is quite uncertain still at this point.

FIFI PETERS: I think what’s also pretty interesting to see is that, despite the fact that things are tough for most people out there, consumers are still spending. I wonder [about] the state of consumers. When we talk about them being under pressure, are we exaggerating, given the fact that spending is still on the up according to the Bulletin?

IAAN VENTER: Yes. what we did see is that spending is up, as you said, but the growth rate has actually halved. In the fourth quarter of last year expenditure increased by 3%. In the first quarter it was 1.4%. So it is slowing down, but it is still quite a strong increase and it was especially strong in durable goods.

There it was specifically vehicle sales, so for the fourth quarter of last year and the first quarter of this year vehicle sales were quite strong. Before that they were a bit weaker and there were also a lot of supply shortages. So one suspects that the increase we’ve seen in the last two quarters was because of the availability of stock. But if you look at the more timely monthly indicators, one can see a bit of a slowdown happening; vehicle sales came down in the last few months [as did] retail trade sales.

So one is not sure that those strong increases will last. What I must also mention is that after Covid lockdowns, the initial lockdowns, savings rates have increased a lot – household savings and corporate savings. So some of that expenditure is probably financed from those savings that were built up during the lockdowns,

FIFI PETERS: Which is a good thing. I think it has improved financial behaviour. What’s not so great, though, is the fact that the level of investments right now into the economy is not as strong as it could be, and certainly not at the levels where we were before entering the pandemic. I’d like you to speak to that, and just when you think we could see a change in the investment picture that is being made into the economy, by both the public sector or government and the private sector.

IAAN VENTER: That’s an important point. I think at least what we’ve seen in the last quarter or so is a bit of an increase, actually quite strong increases in two quarters now in investment. But if you look at the bigger picture, it is still way below pre-Covid levels; even before Covid investment growth was quite weak.

Investment of course follows economic growth and it follows confidence. So if the economy grows well the investment will come. And if business confidence increases, that also usually leads to investment. So on both those fronts, especially on the confidence side, it’s quite weak. I think all these global headwinds and inflationary pressures create a lot of uncertainty, and uncertainty is not good for investment.

FIFI PETERS: Yes, not to mention the local headwinds – Stage 6 load shedding, which of course is not reflected in your report. We’ll probably read about it next time.

Iaan, thanks so much for joining this show. Iaan Venter is senior manager for the Economic Statistics Department at the South African Reserve Bank. 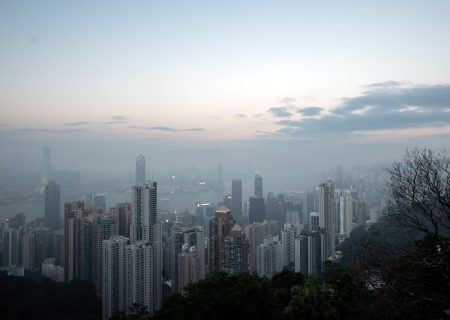