The Fourth Industrial Revolution is upon our children

WARREN THOMPSON:  Now time for our next segment – unpacking the Fourth Industrial Revolution. I spoke to Onyi Nwaneri, the director of partnership at Afrika Tikkun, regarding how we ensure that Africa and her children join the Fourth Industrial Revolution and are not left behind in the yawning gap of inequality that it has left in its wake. This is what she told me a little earlier.

ONYI NWANERI:  Afrika Tikkun is an organisation that focuses on developing young people from cradle to career. What this means is that we invest in every stage of the development of the child into a young person capable of employment, of self-employment or ultimately in our own words accessing the economy. We are a group of people who are passionate about developing young people, together with like-minded partners, using innovative and enterprising ways with a view to getting those young people to impact the economy through becoming productive citizens.

WARREN THOMPSON:  Whereabouts are you based, and how do you reach young people?

ONYI NWANERI:  We are based in township communities. We build infrastructure in township communities such as Diepsloot, Orange Farm, Alexandra, inner-city Johannesburg in Gauteng, and in the Western Cape. We are what you would call a grassroots organisation. We are based in townships. The people that benefit from our programme concede they are able to walk in from the community into our facilities and benefit from our programme. Basically that is the mix of communities where we are based.

WARREN THOMPSON:  Okay, great. Really the idea now is, as you state in this press release, children in Grade R this year will matriculate in 2030 and will be thrust into a world so different from the one in which we are living today that we need to prepare them for the future unseen and the current rapid development in technology which will cause economies to slip behind and inequality to widen. So just give us an idea of how important it is for our children to be able to work with and benefit from a knowledge-based economy that’s going to be driven by these changes in technology.

ONYI NWANERI:  I think because of our cradle to career model, … children from early childhood development, preschool, all the way to primary and high school, supporting them through that, helping those who can access tertiary to access tertiary and for those who cannot giving them employability skills and supporting them, advocating for them to access employment, participating in different opportunities.

One of our realisations, having worked at this for the last 24 years, is that the world is changing rapidly, the Grade Rs who are going to matriculate in 2030, are going to basically see a very different world. And our concern is preparing our children for the future, in particular the rapid development in technology. If you look at our current generation, there is a rise of universal … There is a special intelligence and robustness. And the truth is everything that is happing right now we are probably taking for granted will fundamentally alter the way we live, work play with one another. And the global concern, our Afrika Tikkun concern, is whether the African child is ready for this.

We as Afrika Tikkun have gone out and done our own research. We interviewed a number of people in the industry, particularly in the tech industry. One of them was Tumelo Mojapelo of the blockstream [?] and … to ask which are a bit concerning was that the world is changing. And South Africa being a middle-income economy means that we are not in the same category as most of the wealthy nations of the world. But this also means there is tremendous scope for growth and for innovation for us. What we need to be looking, come 2030, whether our young people have consummate problem-solving skills, have critical thinking skills, have … skills, people management, coordination, emotional intelligence, consummate flexibility, negotiation and reasoning skills and a more … as well as can show that they have … IT skills.

And the reason why she points this out is that, come 2030, … jobs will be 3D printing, jobs that relate to … jobs that will speak to virtual reality, augmented reality, the internet of things and robotics. And the truth is, if robots are going to do most of the work in 2030, what’s the role that human beings in South Africa, particularly our Grade Rs who are going to be around in 2030, are going to do?

So the jobs that we feel will be relevant, from our research, in 2030 are jobs where humans and robots work together, jobs that help humans will define … in this new society. For example, jobs for example possibility managers, climate changes …

Those kind of jobs that … call creation, cooperation between technology and human beings. But what’s even more valuable, we know that technology, no matter how advanced it is, cannot replace humans because all humans have emotion. So the jobs that we also feel that will become relevant in 2030 are jobs that speak to empathy. The more empathetic kind of person will be rewarded in the society where the population is ageing, for example, or where robots cannot perform the role of a nurturer in society.

So it’s just to say that I must have travelled a lot as a person in general. I went to Europe last year in October and I have to honest, I was shocked. I came back in 2018 as we speak. The majority of the jobs where currently in … in South Africa people are manning the stations, are not being manned by human beings, they are being manned by machines. I checked in myself. I went through customs myself and there were no human beings there. I went through immigration myself, and there were no human beings there. But if you come to South Africa, that’s where the majority of the jobs are – you see people take your bag, weigh your bags. Those are people’s jobs.

Unfortunately in 2030 for South Africa we are in big trouble if we are not investing in making sure that jobs have become redundant, that immediately people are being trained and to be able to engage in relation to where technology …

From an Afrika Tikkun perspective we have worked hard from our Grade Rs … starting … computer literacy from our preschool. We started coding with our young people from Grade R all the way to Grade 12. We have introduced programming and web design because we recognise that if young people do not understand the challenges of the future, if we think we have a problem with youth unemployment right now, they are going to have an even bigger problem in 2030.

So as Afrika Tikkun we have made a lot of … foundation to look into … as a programme in all our centres because young people from primary schools are beginning to understand the concepts of emotional intelligence with concepts of empathy. One of the programmes we run in our child and youth development programme is the concept of innovation, and really looking at innovation as a particular subject is because young people need to start problem-solving, they need to start critically and … in front of them and they need to start coming up with solutions whereas robots cannot. So we cannot as Afrika Tikkun underemphasise that South Africa needs to again a hold a collaboration between public, private and civil society, together with our young people come 2030 ready to face the world.

ONYI NWANERI:  One hundred percent. It’s already happening. If you go to Europe it’s happening already. It’s a matter of time. It’s going to come to South Africa and the truth is, whether we like it or not, we need to get the African child ready for it.

WARREN THOMPSON:  Okay, it was very interesting talking to you. We’ll definitely bear that in mind and we look forward to engaging with you in the future. The company said in a filing Tuesday that it plans to sell almost 27 million shares for $21 to $24 apiece. 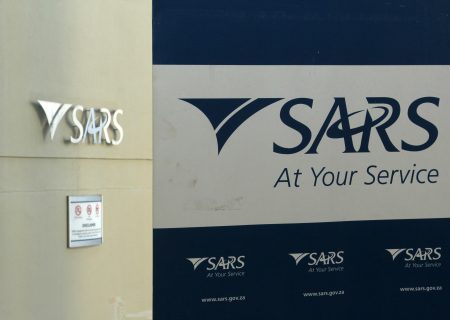 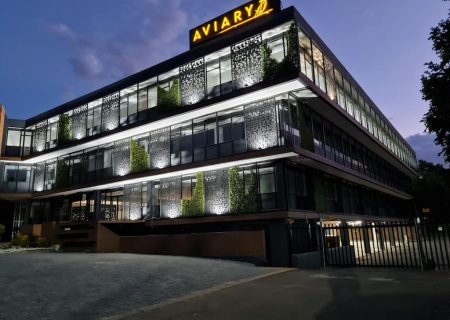