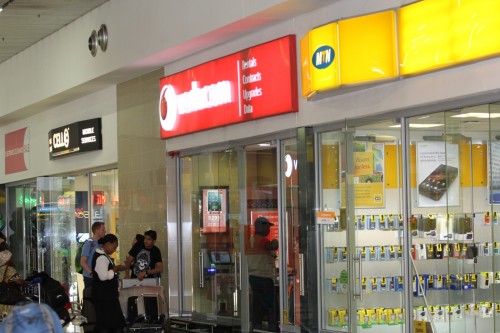 NASTASSIA ARENDSE:  I had a conversation with Kevin Fitchard, who is an analyst at OpenSignal. He is based in Chicago. We discussed the recent report he co-authored which looks at the mobile broadband market in South Africa. What came out of it is that it’s still evolving but, according to their latest round of results, half of the country’s operators are already providing good accessibility when it comes to LTE services, as well as decent speeds.

Kevin joins me now. Kevin, thank you so much for your time.

KEVIN FITCHARD:  Good evening Nastassia. In South Africa we took a look at all the major operators and primarily their 4G metrics – and some of their 3G metrics as well. The big conclusion, I guess, is that you’ve got two operators, Vodacom and MTN, who are kind of ahead of the other two operators, Telkom and Cell C, in almost all performance metrics.

What’s more is that in many cases both Vodacom and MTN are really in a tight race for dominance in each of the categories. In a nutshell you’ve got this kind of two tiers of operators in South Africa, based on the actual experience they offer consumers.

NASTASSIA ARENDSE:  When you look at Vodacom and MTN, you mention that they are in close race for 4G dominance. Take me though why the other providers, Cell C and Telkom are behind.

KEVIN FITCHARD:  Well, why they are behind – the actual issue, as far as investment network, we are actually seeing in the data itself.

NASTASSIA ARENDSE:  In terms of the data itself and also investment?

I think what we are seeing here basically is different categories of network. MTN and Vodacom have invested more in building out LTE advanced technologies and in capacity have deployed spectrum in more spectrum bands. That’s what we are seeing in our metrics. Their networks have the ability to basically carry more subscribers with faster speeds.

NASTASSIA ARENDSE:  I see that your measurements were collected between May 1 and July 31 of this year. What prompted you guys to do a study like this?

KEVIN FITCHARD:  I could say that South Africa is special. We try and cover as many countries as possible, but there are a lot of countries that have 4G and 3G multiple data services out there. So we have to pick and choose the ones that we focus on, given the resources that we have. South Africa I believe is the largest economy in Africa, and it’s one of the most important telecom markets there. So there is a kind of natural carrier to a larger African coverage.

NASTASSIA ARENDSE:  In terms of how we fare with other countries when it comes to LTE speed or 4G, are there countries that we surpass, and are there those that pass us, and in what aspects?

But in general if you need some direct comparisons, I have some here. The LTE availability – just how often the 4G subscriber in South Africa has access to a 4G signal – South Africa is on par with countries like Argentina, Indonesia and Israel.

But South Africa does beat out some of the major Western European powers. It actually has more access to LTE signals than countries like France, Germany and Italy, which is interesting, because those are bigger economic powers and they have very well-developed networks. But I think in those cases –  in Western Europe – you have less investment in 4G just because of the huge investment those countries made in 3G many, many years ago, and the fact that they all are have very powerful 3G networks which they can rely on while building out their LTE networks.

NASTASSIA ARENDSE:  Because this interview is for our consumer feature, where we break down certain things that people may not understand, when we talk 3G and 4G, for somebody who uses their phone all the time, who is connected to one of these networks, but doesn’t really quite get the whole 3G, 4G and LTE thing, could you just break that down for us?

We took the jump from 3G to 4G about seven, eight years ago, near the turn of 2010 or so, and these networks basically were designed solely with one thing in mind – to provide near mobile broadband speeds. So these networks have been rolling out across the world and 4G isn’t this monolithic thing. There are definitely some 4G networks that are more powerful than others, and there are all kinds of technologies that go into them.

But in general, though, if you want a powerful mobile data experience, you are pretty much going to have to have that on a 4G network. So 3G was good for what is was at the time but pretty much the mobile data revolution worldwide has been driven more by 4G than 3G.

NASTASSIA ARENDSE:  Where do you see the state of mobile networks going, say, for the next year or two should you want to do an update on the study?

KEVIN FITCHARD:  Well, in every country in the world we are going to see gradual improvements in things like LTE, how often customers have access to these networks. And likely we’ll see some increases in speed too. But it all depends upon the operators themselves.

In the report itself we included a quote from the CTO of the Vodacom Group in South Africa, how they basically are limited in the amount of spectrum they have. They are trying to get regulators to give them access to a new spectrum band. Spectrum basically is the lifeblood of the networks. It does two things. If you add more spectrum, you can add more capacity. It’s like adding more lanes to a highway or to a motorway. And different types of spectrum can be more powerful. The type of spectrum that South African operators seem to be looking at is low-band spectrum, which is a low-frequency spectrum which allows them to build further-reaching networks.

To explain that, the lower the frequency, the further a signal can travel. So is you have a whole bunch of low frequencies in your network you can build really expansive rural networks and you can build networks that can punch their way into buildings much, much more easily than you can with higher band spectrum.

NASTASSIA ARENDSE:  Kevin, thank you so much for your time.