SIKI MGABADELI:  The Transaction Capital Group grew core headline earnings by 21% to R254m. Their core headline earnings per share grew by 17%, 43.3c/share, diluted slightly by the 28.4m shares issued as part of the R418.9m accelerated book-build that they concluded on February 2 this year. You’ll know that their divisions are SA Taxi and Transaction Capital Risk Services, and they are positioned distinctly in relation to South African’s demographic and socioeconomic realities.

Let’s chat to CEO David Hurwitz. David, thanks so much for making the time to talk to us today. As I mentioned, your divisions are literally at the coalface of our demographic and socioeconomic realities, and we’ve had a very tough economic environment. How has your segment of the market reacted to that?

DAVID HURWITZ:  Thanks, Siki, for having me on the show. Our businesses have done particularly well in this environment. The reason for that is that they are really defensive businesses that are able to do well in both a positive and a negative economic environment. We are at the coalface, as you correctly state.

On the one hand, part of our business is a vertically integrated taxi business, where we sell vehicles to taxi operators. We finance taxi operators, we insure them, and we sell the telematic systems and the data to them for them to operate their taxis.

Our main line is minibus taxis, which is the greatest component of the public transport infrastructure in South Africa. Minibus taxis move about 15 million people around every day, and 60% of all South African households use minibus taxis. So we are at the coalface. We say that the business is defensive because, a I said, the minibus taxi is so integrated into the public transport system that whether commuters and consumers have money or not they have to commute into work and back. So as part of the environment we find that our clients are still doing very well.

SIKI MGABADELI:  And how much of that taxi market are you financing directly?

SIKI MGABADELI:  Obviously there is an opportunity there.

DAVID HURWITZ:  Yes. The opportunity is that, as I said, there are 200 000 taxis in South Africa, but only 70-80 000 are financed. The South African minibus taxi fleet is on average nine years old, so the opportunity is to take those old cars off the road, 120-130 000 of them, and replace them with new. We want to participate in that component of refreshing and refinancing the minibus taxi fleet. The country needs [that] desperately. Taxi vehicles are too old, as we see from some of these terrible accidents that have happened in the past. We are participants in taking older, unsafe vehicles off the road and replacing them with new vehicles.

SIKI MGABADELI:  Talking about accidents, you’ve got the short-term insurance business, and that continues to be a key driver for you on the non-interest revenue side.

DAVID HURWITZ:  From an interest revenue perspective we make money on the short-term insurance. We provide the service of actually selling the vehicles; so we procure these cars and sell them. We have a dealership. And then we also sell the data and telematic systems to the taxi operators to allow them to operate. So we are not just the finance company. We really are vertically integrated into the vertical. And when we repossess a vehicle or if a vehicle has an accident we have our own refurbishment capabilities. We are the biggest buyer of spare parts from Toyota on the continent, and we fix these taxis for the taxi operator and get them back on the road in the safest way possible.

SIKI MGABADELI:  Let’s talk about the Capital Risk Services division. How did that perform?

DAVID HURWITZ:  That division also performed particularly well. We grew earnings organically by 17%, but also concluded some acquisitions during this first half, which took our earnings growth in total in that division up 33%. So a mixture of organic and acquisitive growth.

SIKI MGABADELI:  What trends are you seeing there? You’ve got an overview of what’s happening in our consumer segment.

DAVID HURWITZ:  Yes, we get to see it from every angle – from the banking angle, from the credit retail angle. We collect for insurers, municipalities. So we get a really wholesome view of the consumer from every angle as far as his credit performance is concerned. As I said, we’ve got this huge database, and our business is really driven by data and analytics and technology. By October last year we were hoping for a bit of a recovery, and we felt that the best chance the consumer had was a slow recovery; he had to deleverage nice and slowly. We were hoping in October that that was going to happen a little quicker than expected – and when I say quick, that’s still over an extended period, 18 months to 24 months.

But I think now with the downgrade and with a potential for interest rates to increase, and again with lower economic growth, any recovery that the consumer will have will take a long period of time. So we really are working in a difficult environment, trying to rehabilitate non-perfuming consumers from a credit perspective.

What we do see, however, and what has boosted the organic growth of this division is that our clients, being the banks and the credit retailers and specialist lenders, etc, are not comfortable to own non-performing loans in this environment. It’s just too risky. What they do is they sell their portfolios to us at large discounts. That’s very good for them because they are able to create and have an immediate recovery on their non-performing loans and de-risk that position. From our perspective it’s really good because we can price for that risk and make a nice return. So our book-buying activities have yielded very good results over the last six months.

SIKI MGABADELI: We’ll leave it there. Thanks for your time today. David Hurwitz is CEO of Transaction Capital. 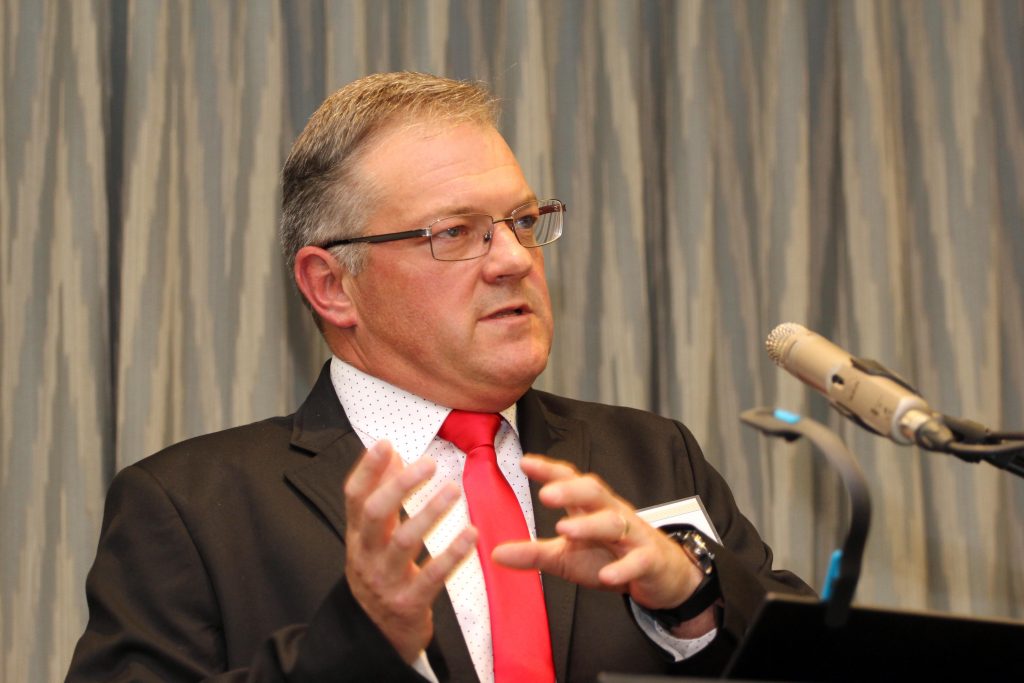