How to set your small business apart CHICAGO – If we learnt anything from Tiger Woods’s multiple affairs, it’s that secrets are bound to go viral. Author and entrepreneur, Mike Michalowicz believes that sharing a secret with your customers could have the same effect on your business.

At the recent Sage Summit in Chicago, which brought together thousands of entrepreneurs and small business owners from across the globe, Michalowicz shared tips on how to make your business stand out from the crowd.

“Our minds filter out the familiar. Something different gets our attention until it’s determined what it’s all about,” Michalowicz says.

Along the same lines, he encourages businesses to identify a distinct label.

“Generic labels, such as accountant and lawyer, set consumers up to think about the incumbent in a particular way and then compare it to others. Identify a new and distinct label that distinguishes you in the market. Don’t use cheesy marketing terms,” he explains.

Michalowicz uses the example of Cirque du Soleil, which he says is largely similar to cheaper American outfits, the Ringling Brothers and Big Apple Circus. However, because of its distinct name and perception of distinction, Cirque du Soleil successfully charges much higher prices for its shows.

Use names to attract customers

Studies show that people are magnetically drawn to the sound and sight of their own names. This is why one chimney cleaning association, which was struggling to attract customers, asked 50 of its previous customers to share memorable experiences they had had around their fireplace. It posted these stories on its website, attributing each writer. People shared their stories, driving major traffic to the site.

Under promise, over deliver

Don’t meet expectations, beat them. “It literally is a billion dollar strategy,” Michalowicz maintains. E-retailer Zappos’s strategy is to tell buyers that delivery will be done within four to five days, but then send the goods overnight. That way, even if delivery is delayed by a day, customers believe they are getting even more than they were promised.

“Limit what you have available. When something is limited, we’re compelled to consume it,” says Michalowicz. One of his early firms, which provided data forensic services to law firms, had something called the “buyer’s club”, to which clients that had spent $250 000 or more in a given year were granted membership. The membership included free access to the company’s forensic technology conference.

Michalowicz found that customers who were 10% to 20% shy of this amount would ask how they could spend more with the company in order to be a part of the club.

Have a buyer’s defence strategy

“After a purchase is made, highlight all the benefits the customer is deriving in a letter or document. We have a responsibility to enable customers to protect themselves from the assault that happens after they purchase,” Michalowicz notes.

In other words, particularly with large purchases, friends and family may be critical of the purchaser. A buyer’s defence helps them defend their purchase and may even encourage someone else to buy.

“Our minds are designed to judge safety in a transaction only if others have tested it first. When other people do it, we are likely to replicate it or at least see there is opportunity or reliability in doing what they are doing,” Michalowicz explains.

It follows that your testimonials should be placed at the “point of danger”, such as next to your ‘contact us’ form or around where payment for a good or service is made.

Stories of the respective love affairs of golfer, Tiger Woods and television talk show host David Letterman hit the news in the same week. According to Michalowicz, very few people remember Letterman’s affair, while they can hardly forget the scandal that embroiled Woods.

The reason, he submits, is because Letterman immediately came clean and shared all the details of the affair, while Woods tried to deny and obfuscate the truth, keeping it in secret.

In an example from business, a jewellery store sold half-carat diamond rings to prospective fiancés, who found out after having the ring valued that it was in fact a full carat. The store would tell each individual that the diamond had been upgraded, effectively in a gesture of goodwill and celebration, but that they should “please keep this a secret”. Naturally they told others and the shop’s sales soared.

This journalist was a guest of Sage at the Summit.

Covid-19 crisis funding: Where to apply

Covid-19 risk mitigation in your business

Covid-19 crisis funding: Where to apply

Covid-19 risk mitigation in your business 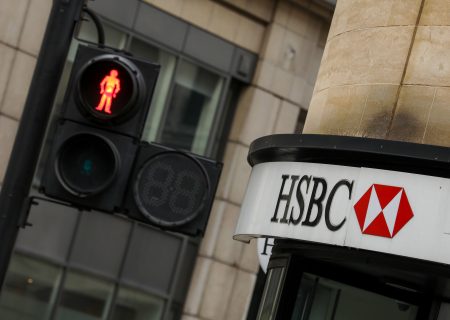