How AI could change the way you insure your car ‘In many cases the machine is better [than the human], but when you combine the two you have more accurate output.’ Picture: Shutterstock

Claiming from your insurance for a dent or scratch on your car is rarely a pleasant experience. It requires you to take the vehicle to an inspector for the damage to be assessed and there may be uncertainty about whether your claim will be considered valid or not.

Since inspection centres generally operate during office hours, this may necessitate taking time off work, and you may need to travel some distance to get to one. If, after all of this, the insurer decides that the claim is not new or declines it for some other reason, you would have wasted time going through the process.

It is clearly an inefficient operation, and not optimal for either the insurer or the client. For the former, there is considerable risk of fraud either on behalf of the client or the inspector, and for the latter valid claims may be dismissed for reasons that will be difficult to disprove.

If your insurer insists that the damage is not new, for instance, how can you show otherwise? You are dependent on the expertise of the inspector.

The machines are here

Automating this process would however have benefits for both parties. It is already possible, and it seems likely that things will move quickly in this direction.

Speaking at the Actuarial Society of South Africa Convention in Cape Town on Wednesday, artificial intelligence (AI) solutions provider NumberBoost showed how this would work.

When a car is insured, the owner or an inspector would use an app to take pictures of the car from different angles, which would be used to create a condition profile. This would then be stored as a basis for future claims.

When the client needs to lodge a claim at some point, all they need do is take a picture of the damage and submit it via the app. This is where AI steps in.

The images would not be assessed by human inspectors, but by computer tools that have developed the ability to identify different types of damage. This could be done immediately, meaning that claims could be approved within seconds.

This saves the client a great deal of time and effort. It also reduces the cost to the insurer since there is no longer a need to engage teams of human inspectors.

“Computers do the bulk of the work,” says NumberBoost’s Adriaan Rowan. “But you have customer satisfaction, where results can be shown instantaneously, so you have faster claim settlements, more accurate appraisals and less fraud. You have the before and after pictures, fewer humans in the process that can commit fraud, and geolocation of images that can track where they were taken and if it makes sense in the context of the claim.”

The human element would not, however, be taken out of the picture entirely. As NumberBoost’s Alex Conway explains, the algorithms used will always come up with a probability of what it believes it has identified.

Most of the time, this probability will be high enough for the model to be sufficiently confident that it is right. However, there will be cases where a human is needed to confirm it, potentially due to the angle of the picture or shadows on the car.

This also creates an active learning loop for the algorithm, because the feedback from the human decision is passed back to guide future decisions.

“You want to have a system where man and machine work together,” says Rowan. “In many cases the machine is better, but when you combine the two you have more accurate output. We are not looking to replace humans, but augment humans.”

It is also possible to apply something similar to home insurance. Instead of clients compiling a list of their household contents and guessing at its value, they can take a video walking through their homes capturing everything that they own.

Algorithms could identify the general items and assign them a value. In the case of special items, like art or wine collections however, these could be referred to human inspectors.

In the claims process, fire, water or geyser damage can also easily be captured in a picture that is submitted to the insurer and assessed by computer models. This once again makes things far more efficient.

“The technology that is needed for augmented reality in insurance is already available,” says Rowan. “You just need to take the leap of faith to apply this to the real world.”

For Anton Gerber, MD of Point of Care Technologies, this use of computers to do mundane tasks is a natural progression.

“We are the creators of these machines,” he says. “Let machines continue to serve us. We want the convenience, and we want to make our jobs easier by having computers do the mundane so that we can focus on the exceptional.” 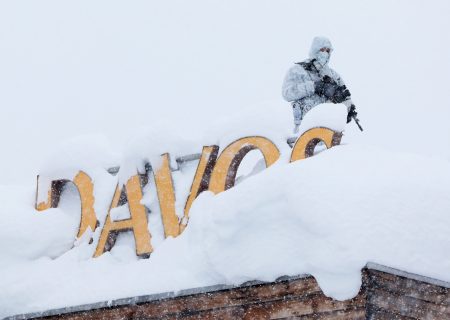