Are you protecting your most valuable asset? Rihanna’s legs are reportedly insured for $1 million. Madonna supposedly insured her bosom for double that.

It may seem eccentric for celebrities to insure their body parts, but this is about more than vanity. Rihanna’s elegant limbs and Madonna’s cleavage represent genuine future earnings potential. Without them, these artists would lose a lot of their image, and therefore their ability to continue to earn the money that they do.

It would also be wrong to think that this is a new phenomenon. Bette Davis reportedly insured her waist for $28 000 back in the 1940s.

It’s unlikely that in any of these cases, these women were approached by a broker trying to flog them an insurance product. The far more plausible scenario is that they proactively took the decision that insurance was something that they wanted.

What they realised is that any individual’s most valuable asset is their own ability to earn an income. If that is taken away by a shock event, the impact is inevitably going to be severe.

This is such a large number that it is almost impossible to appreciate. It is roughly seven times South Africa’s annual GDP.

To try to make this more meaningful, True South Actuaries and Consultants, which conducted the analysis, broke down South Africa’s population of income earners into five segments – from the lowest 20% of earners to the highest. It then looked at the average gap in cover in each of these groups.

The highest 20% of earners in South Africa are those earning more than R213 087 per annum. The average individual in this group is currently 42 years old and earns R619 859 a year.

According to the Insurance Gap study, this individual should have R4.6 million in life cover to ensure that their household will be able to maintain its standard of living if they were to pass away. On average, however, they have only half of that.

When it comes to disability insurance, the average member of this group has only 48% of the R6.3 million worth of cover that they need.

These figures highlight two important realities. The first is that South Africans should not make the mistake of thinking that if they have group insurance through their employer that this will be sufficient.

This is not just true for this higher earning group, but across all segments. Group cover provided by employers does not account for more than 25% of the disability insurance required at any level, and it is much less than that for death cover.

The second factor is that South Africans are not thinking like Rihanna and Madonna. The insurance industry itself must take some of the blame here, as it has plainly failed to get people to appreciate the importance of life and disability insurance.

Largely, this is due to the business model. Life insurance products, as the cliché puts it, are sold, not bought. Insurers have largely relied on a broker force that takes this approach.

This has, however, devalued them.

Everybody should want life and disability insurance. Particularly if they have dependants or are living in a household that is in some way reliant on their income to sustain its standard of living, it should be more obvious than ensuring their car. Their own earning potential is obviously more valuable than a vehicle, yet is often more neglected.

What is particularly concerning is that this neglect is most pronounced amongst South Africans under the age of 40. On average, individuals in this group are under-insured by R2.9 million across both life and disability products.

“These are the family units that are most vulnerable to those shock events,” says Rosemary Lightbody, senior policy advisor at ASISA. “They are the ones most likely to have dependent children who are going to rely on them and their income for a long time. But it’s not only dependent children and spouses, its also elderly parents and other relatives in many cases who are unfortunately leaning on them for supplementary income, or perhaps altogether.”

Nobody can expect the “population” to understand and appreciate insurance when the brightest minds have to study actuarial science for 8 to 10 years before even they understand it.

AH true and devil is in the detail. Only one I vaguely trust; PPS. I have tried others; one claim in 25 years, turned down on a technicality.

Everyone needs more and more and more insurance. We have life, disability, income protector, dreaded disease, medical insurance, funeral cover,pet insurance hospital cover (ask Desmond Dube,) car insurance now pet insurance. Ever wonder where your money is going??????????? Here’s a GREAT idea DIVORCE INSURANCE 🙂 🙂 The premiums would be rather high in the first years. So if you get any problems you are covered. If you have no problems you are broke.

International wills – family dynamics are part of the process

Owning assets in a foreign country

International wills – family dynamics are part of the process

Owning assets in a foreign country 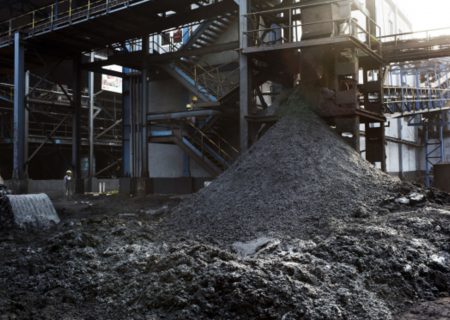