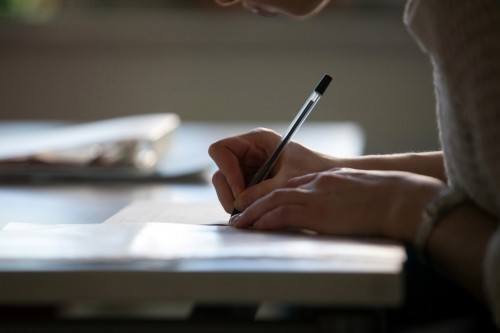 JOHANNESBURG – If your bank statements are still being posted to an address that is no longer your residence, your bank account could be frozen, according to the South African Banking Risk Information Centre (SABRIC), which has urged South Africans to update their personal details with their bank.

In terms of the Financial Intelligence Centre Act (FICA), banks must have the correct customer information to ensure FICA compliance. ‘Know Your Customer’ (KYC) documents include, among others, identity documents and proof of address.

“Banks are compelled, under law, to enforce strict measures when they do not have accurate and up-to-date information about their customers. Such measures could include the freezing of a customer’s account,” said SABRIC CEO, Kalyani Pillay in a statement.

“The freezing of bank accounts is the last resort banks wish to undertake, and therefore customers are urged to provide the necessary legally required KYC documentation, not older than three months, to their respective banks without delay,” she stressed.

However, Marelise van der Westhuizen, a director at Norton Rose Fulbright South Africa, warns that there have been several court judgements against banks that froze their customers’ accounts, where they did not in fact have legislative grounds to do so.

“Unless a bank is entitled to freeze a customer’s bank account in terms of its contract with that customer, the bank has to be given an intervention order by the Financial Intelligence Centre (FIC) in order for it to have legal grounds on which to do this,” Van der Westhuizen explained.

Van der Westhuizen said banks are caught between a rock and a hard place in an attempt to carry out the Sarb’s undertaking and avoid being fined, while also facing increasingly litigious customers where they do exercise the Sarb undertaking.

“The banks are not only doing this for compliance purposes, but also to minimise customers’ exposure to bank crimes such as fraud, identity theft and cybercrime,” Pillay insisted.

In a Tweet sent out on Wednesday, SABRIC noted, “If a bank customer is not sure of their FICA status, they should contact their account or relationship manager to find out”.

Government introduced FICA in 2001 to combat financial crimes such as money laundering, tax evasion and terrorist financing activities. It is also intended to protect bank customers from fraud and related activities.

More recently, Deutsche Bank and Capitec were fined under FICA for lax controls.

Unfortunately, often banks themselves discover a certain breach of the Act within their operations, which they then duly report to the Sarb only to be fined for being transparent. Whether or not this encourages transparency, rather than simply hiding and fixing these errors before the Sarb finds out, remains to be seen.

Meanwhile, executive director of the Free Market Foundation, Leon Louw describes FICA as a “monumental failure that should be scrapped”.

“We fund an entirely new profession: “compliance officers”. Virtually no one knows why Fica became part of their lives. Policy makers do not know what compliance and its enforcement costs, who ultimately pays, or whether whatever benefits there might be justify those costs,” Louw comments.

Pillay insisted that FICA and KYC promote a safer and more secure financial sector. Van der Westhuizen agreed that countries need effective anti-money laundering laws, but said they could be made more effective.

Marcel Klaassen, head of growth at FNB Business, on Wednesday Tweeted: “Don’t ignore #FICAcompliant communications from your bank. You will never be asked for sensitive banking information. Heed the call to action.”

Don’t you love how Moneyweb can’t feature the Belvedere story because it comes from Alec Hogg? Moneyweb someone’s ego got in the way of journalism, tarnished my view of yourselves…….

And yet the criminals thrive in South Africa. Bloody joke

Can any moneyweb reader out there remember even one instance where FICA rules caught a money launderer or other criminal? I cannot for the life of me remember seeing even one.

I recently received an SMS “Your account is in lockup due to non-compliance with FICA. Please bring your bardcoded ID and proof of residence to the nearest branch of XXXXX”. No prior warning, no requests for info, no indication which account as I have multiple ones with the bank. When I pitched with my ID and proof of residence it transpired it was a business account and I need additional docs! What a waste of my time. And to agree with andrewa, I have personal experience of money being sotlen from an overseas account and transferred to a local account. With FICA the police knows whose account it is and can go to his/her home address to do an arrest – don’t believe that – after two years I was informed by SAPS they cannot resolve the case as the account holder had passed away in the interim.

I moved to a small town recently and forwarded an electronic copy of my ID and proof of new residential address to the financial institution because there is no branch here. I asked them to update my details on their system. In return I received a form to complete, sign and send back in order for them to update my details. I do not have scan facilities readily available. I tried to be a good citizen but unfortunately they do not make it easy to be one. I would have thought that times have changed and that such a prestigious institution would have reviewed some of their outdated bureaucratic processes. Unnecessary to say that I am currently an “bad” citizend with outdated personal details on the esteemed institution’s system. Unfortunately this situation will remain unchanged until such time as I can get over my irritation and go and find an Internet Cafe or something so that I can get the form scanned. At my age you tend to get somewhat grumpy over such little irritating things.