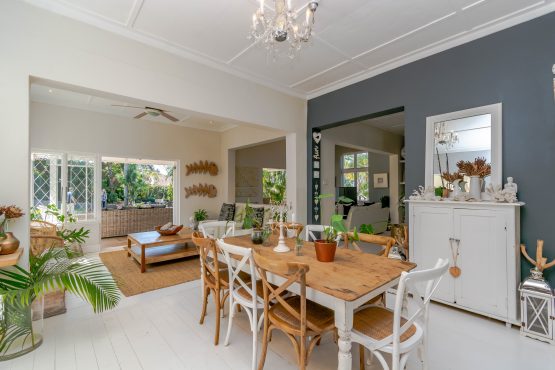 From a legal view point, different scenarios apply in line with whatever marriage contract was entered into. Image: Supplied

It’s not an exaggeration to say that most of us unexpectedly lost a friend, family member or colleague during the Covid-19 pandemic, with the social unrest in 2021 and the recent floods in KwaZulu-Natal adding to the toll.

It is a depressing subject that we would rather not think about, but an unexpected death can be even worse for the loved ones left behind if personal planning does not factor in the possibility of such a death.

Natasha Fletcher, senior associate in real estate at law firm Cliffe Dekker Hofmeyr, says the death of a spouse is not only very sad, but also very confusing and stressful.

It is made worse when there are worries about what will happen to your home.

At worst, things can get tricky if the person died intestate, meaning without a valid last will and testament. Fletcher outlines the different scenarios from a legal view point:

Where a deceased spouse dies testate

In community of property

Should your deceased spouse have bequeathed their share of the estate to you, you will then be entitled to take transfer of the deceased’s half of the property.

The choice of method to transfer the share to you is decided by the conveyancer.

A formal transfer involves a separate title deed for the other half share of the property. You will then hold the property under two title deeds.

The transfer of the half share by either of the two methods will be subject to any conditions in your deceased spouse’s will. For example, the will might say that the share just received will not form part of a new estate if the surviving spouse decides to remarry.

The usual municipal clearing certificates, levy certificate and transfer duty exemption certificate would be required, and any bonds on the property will have to be renewed.

Out of community of property

The transfer of the 50% share can only be done by way of a formal transfer, and a Section 45(1) endorsement is only available if the property is an asset in a joint estate.

Once again, the transfer of the 50% share will be subject to any conditions in your deceased spouse’s will for example.

The same certificates and administrative requirements are required.

Where a deceased spouse dies intestate

If your spouse has died without making a valid will, the property will be transferred in terms of the provisions of the Intestate Succession Act 81 of 1987 (Act), which states that:

The same process to transfer the property applies.

With effect from September 20, 2010, the act has been amended by the Reform of Customary Law of Succession and Regulation of Related Matters Act 11 of 2009. The amendments provide that (from September 20, 2010) the estate of any person who died intestate will devolve in accordance with the act, but subject to customary law.

The property of the deceased person subject to customary law will be transferred as follows:

Read:
Planning to get married? A comparative analysis of marital regimes
Seven things to consider when choosing a marriage contract
Does a divorced spouse benefit from the sale of a deceased ex’s property?

However, she mentions that the Constitutional Court decided in Daniels v Campbell NO and Others [2004] (5) SA 331 (CC) and Fatima Gabie Hassam v Johan Hermanus Jacobs NO and Others [2009] ZACC 19 that where persons are married according Muslim rites, they are to be considered as spouses for the purposes of inheriting in terms of intestate succession.

Until recently, if you were a partner in an opposite-sex long-term relationship, you could not inherit in terms of the act.

On December 31, 2021, the Constitutional Court held in Bwanya v Master of the High Court, Cape Town and Others [2021] ZACC 51 that Section 1(1) of the act is unconstitutional and invalid insofar as it excludes the partner in an opposite-sex long-term relationship.

The Constitutional Court has referred the act to parliament to amend the definition of “spouse” to include a “partner in a permanent life partnership in which the partners had undertaken reciprocal duties of support”. The act has not been amended yet.

Regardless of the form of marriage or cohabitation, Fletcher concludes that the best way to avoid confusion is to draw up a will that stipulates who inherits the property and other assets.

Read:
Different types of wills and why you may need them
The roles of people mentioned in your will
Preparing to draft your will: Some important considerations