Investors should worry more about the things that they can control.
By Patrick Cairns 8 Aug 2017  00:13 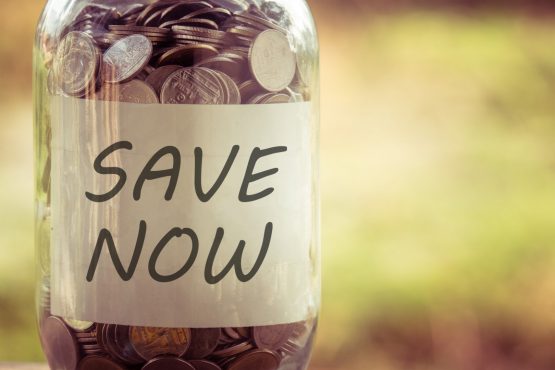 When saving for retirement, there are three big factors that have an impact on the final outcome: how much you save, what return you get on your investments, and how long that growth has to compound.

Many investors tend to focus mainly on the second of those. They spend a lot of time worrying about how their portfolio and its underlying funds are performing.

This can become such an obsession for some that it may even cause them to make the mistake of chasing performance and trying to pick the best funds year after year. They move their money between funds regularly trying to capture the best returns.

The major problem with this thinking is that performance is the one factor that an investor actually cannot control. Of course you can make sound decisions about which funds you use and therefore give yourself the best chance of seeing good returns, but nobody can predict the markets.

No investor, or financial advisor or fund manager for that matter, can make any decision that they will be certain will guarantee them an extra 1% return over the next year (unless it is switching from one bank deposit to another). There is simply no way of knowing what markets will do.

That is why investors should rather spend more time considering the factors that they really can control.

The first of those is how soon you start. There are thousands of articles all over the internet explaining why it is so important to begin investing for your retirement as early as possible, because the more time you have the greater the power of compounding becomes.

This is despite only actually contributing 28.6% more. The major difference is time.

The other factor within an investors control is how much they save. And what most people don’t realise is that this actually has a bigger impact than the return they are able to achieve.

Simply put, every extra 1% you are able to save is worth more than an extra 1% return.

To illustrate this, consider an investor saving R2 000 per month. A 10% return over the year would mean they would have R2 200 at the end of it.

That difference may seem very small, but as the table below shows, it does have an effect over time.

Earlier this year National Treasury announced that the annual contribution limit on tax-free savings accounts would be increased from R30 000 to R33 000. That is 10% more. If every investor made that additional contribution (which is only R250 per month), they would be making a very big difference to their final outcome.

The significant thing for investors to appreciate is that the factors that lie within their control have a major impact on their wealth. Instead of spending time worrying about finding a fund that could give an extra 1% a year performance, they would achieve more simply by saving a few extra rand every month.

Focusing on the things you can control also means you will be less likely to make emotional decisions about switching investments and chasing performance. Rather understand where you can really make a difference, and do those things instead.

Hello? but have you noticed what prices are in todays times and in comparison the salaries that are paid.

The people who want to save does not earn the salary to save and the people who have the money to save, spend it lavishly.

Electricity almost doubled, did I receive any extra income… Hell no… it comes straight out of my food budget.

Everybody earns different salaries, but weirdly everybody is equally broke…

Put another way: Are there people earning less than you that are still somehow able to make it through the month?

Fix: Your budget is the wrong way up. Your “savings” seems to be at the bottom and everything else higher up. Swap your budget around so savings is at the top. If the money runs out it should be restaurants and holidays that should be cut, not savings.

Yes, that is so true. We accept deductions from our monthly income i.e. tax etc. Sign a debit order to some investment/savings account and eventually it feels the same as paying tax. Remember to increase the amount by inflation every year. This is basic finance 101. If disaster happens you can temporarily stop the debit order. Nobody budgets their day to day living on gross income.

The problem is the focus on the “ME”. This is exacerbated by social media.

Only 1% will do the right thing whatever their income. Then in 30 years they will be blamed and insulted by socialists for their commonsense and frugality.

All good on paper, but the reality is the vast majority of South Africans cannot save R1000 a month.

I can’t share in the congratulations, in fact I recommend you withdraw this article because it is just wrong.

Saving 1% more pa will increase the savings outcome by 1% – the impact will always be proportional. Your table bears this out. Save 15% of your salary instead of 10%, and you will have 50% more money at the end.

But if you increase the return by 1% pa, the effect compounds.

So if anyone is still asking, “why index?”…that’s why!

FiFit & CV_10, the author never said that higher return will not make you investment bigger at the end of the day. If you read the first 3-4 paragraphs, he is stating that a singular focus on return, the one part you cannot control, is shortsighted.

The article illustrates the impact that the first 2 items you control can have. Thus, not neglecting these 2 can pay dividends in the long run.

Ask yourself, how many older people will fall for pyramid schemes if they saved enough, for long enough?

And I did not suggest that he made that claim (that higher returns don’t result in better outcomes). And I fully agree that saving more and saving longer will improve the outcome. The problem lies with this part:

“The other factor within an investors control is how much they save. And what most people don’t realise is that this actually has a bigger impact than the return they are able to achieve. Simply put, every extra 1% you are able to save is worth more than an extra 1% return.”

That’s simply not true. Over the long-term, even saving 10% or 20% more won’t beat earning a 1 ppt higher return. That’s why keeping costs low is so critical. And why save 30% more, just to offset paying 1% more in fees?

“When saving for retirement, there are three big factors that have an impact on the final outcome: how much you save, what return you get on your investments, and how long that growth has to compound.” – Incorrect, you forgot the number one factor- FEES. The difference between paying 0.50% p.a. (reasonable) & 3% p.a (daylight robbery) will have a monstrous impact on your returns at retirement. My napkin calculation says around a 45% difference in capital over 30 years (give-or-take).

Saving is pointless if the currency you are saving in becomes worthless. Just ask Zimbabwe’s Billionaire.