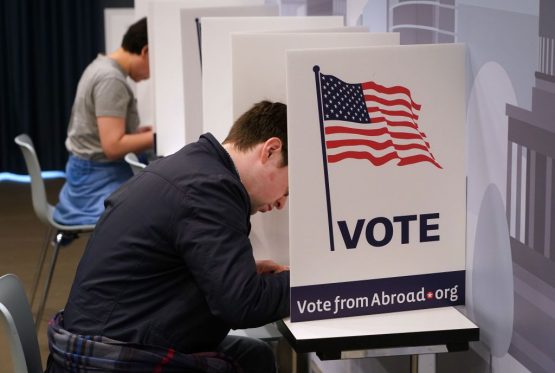 It never helps to second-guess the market in times of uncertainty. Image: Sean Gallup, Getty Images

If you believe the polls, Joe Biden is headed for the White House early next year, and with that will come higher taxes, better trade relations with China, and a pivot away from fossil fuels.

But the polls got it wrong in the last presidential election in 2016 when Hillary Clinton was expected to beat the Republican front-runner, Donald Trump.

Trump turned out to be the great disruptor, promising to face down China and bring jobs back to the US, and to cut taxes for businesses. Almost as soon as taking office he withdrew from the Trans-Pacific Partnership, a trade deal with 11 other countries in the Pacific Rim. He threatened to withdraw from the World Trade Organisation and then renegotiated several trade agreements with US neighbours. His 2016 campaign was partly built on the premise that previous US administrations had signed out to agreements that shifted millions of jobs abroad and impoverished workers at home.

Much of this might be undone by a Joe Biden presidency.

“If things pan out as the polls suggest, I think that the changes [under a Biden presidency] will be material,” says Adriaan Pask, chief investment officer at PSG Wealth.

“One of the first things Trump did in his first term was to adjust the corporate taxes, which was significant. I think some of that will most likely be unwound under a Biden presidency, but maybe not to the level taxes were at when Trump assumed the presidency. Perhaps we’ll see taxes rising to somewhere around 28%.”

A rise in taxes would hurt earnings, which should then be reflected in stock prices. Trump has pointed to surging stock market prices as an endorsement of his economic plans.

Also up for revision under a Biden presidency would be Trump’s exit from the Paris Accord, which was signed by most nations of the world in 2015 to address climate change and its negative impacts. Biden has indicated his support for strong, climate-friendly policies.

What is also a clear possibility is a hung election, with no clear winner. In that case, both Democrats and Republicans have threatened to lawyer up and contest it through the courts.

This could delay the election outcome by a month or two, in which case prepare yourself for several weeks of potential volatility.

“Regardless of how this plays out, our particular advice is to diversify your portfolio, both locally and abroad, and across asset classes,” says Pask.

“We wouldn’t build a portfolio based on any particular expected outcome. I think the best investment advice is to trust your money managers and to stick with the managers that you trust. They’re probably way better equipped to navigate the current situation. And just make sure that you are diversified.”

Given the sluggish performance of the JSE when measured in US dollars against offshore indices such as the S&P 500 over 10 years, some are suggesting an aggressive shift of funds offshore.

Pask disagrees. “There will always be cyclical factors in the markets, and you can never read these cycles perfectly. So, it is better to maintain a diversified portfolio of assets, because different markets have many different opportunities in them. There are opportunities in SA as well.

“If you look at our domestic bonds, for example, they offer some of the best value around,” says Pask.

“So, we don’t look purely offshore or purely local for opportunities. We try to build a core portfolio of assets consisting of securities across a range of asset classes, giving exposure to different regions. This prevents you from being overexposed to markets or sectors that are potentially overpriced and that have balance sheets that are under pressure.”

“It never helps to second-guess the market in times of uncertainty. The only proven option in times like these is to remain diversified across regions and asset classes,” says Pask.

Brought to you by PSG Wealth.

Not very insightful – the nub of the advice is to diversify. Wow, does one really need doubt about a USA election result to come to that conclusion?

Besides, anyone who thinks another 4 years under Trump will be better for the USA and global economy should re-evaluate what it is that they are smoking. In case you haven’t heard, the big boys on Wall Street have taken a serious duck away from supporting Trump’s election fund raising efforts. Ask yourself what it is that they know, or are afraid of.

How to approach festive season spending

How do the numbers work with living annuities?

How to approach festive season spending

How do the numbers work with living annuities?