Insurers always look for mitigating factors that may affect the level of liability their policyholder faces.
By Jonathan Faurie 7 Jul 2021  00:03 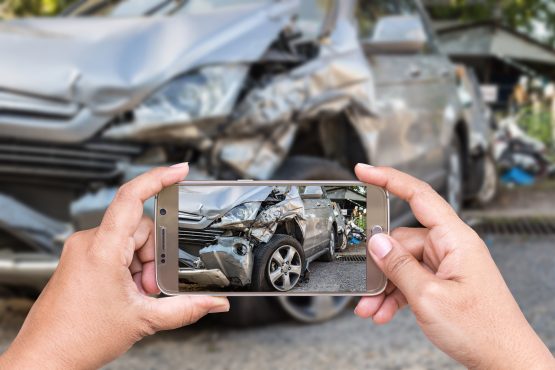 Being involved in a motor vehicle accident is understandably stressful. Your adrenaline is pumping, and once that settles, emotions are high, especially when you realise the extent of the damage that has been caused to your vehicle and other property.

However, this is only the first stress in these situations. The insurance claims process can also prove stressful. Shocking statistics show that 70% of the vehicles on South Africa’s roads are uninsured. This means that if you are involved in an accident, the likelihood is that you will be dealing with an uninsured party.

Read: Why everyone else pays for uninsured drivers

What if you are that uninsured third party and you are forced to recuperate damages through the other party’s insurer? What can you expect?

One moment in time

You are driving home from work one night in a thunderstorm. You slow down for a red light and are hit from behind at a relatively high speed. You exchange information with the other driver but point out that you are uninsured. Both parties agree to handle the accident through the offending party’s insurance.

The quote that you get back detailing the damage to your car comes to R15 000. You contact the other party’s insurer.

“When a policyholder purchases comprehensive insurance cover or standalone third-party insurance, the policyholder hands over all legal rights of negotiation with the third party involved in an accident to the insurer,” says Ernest North, co-founder of Naked Insurance. “During a third-party claim the other party involved in the accident should only engage with the policyholder’s insurer regarding the damage caused in the accident.”

Don’t be surprised if you are directed back to the insurer if you do try to contact the offending party at this stage.

Read: Don’t have your car insurance claim rejected over the silly season

You present the quote that outlines the damages to your vehicle to the insurer. However, you may not receive the full amount quoted as a payout from the insurer.

When an accident is reported to an insurer, the insurer will assess the details and make a ruling on the level of liability its policyholder faces as a result of the accident. This is referred to as apportionment.

“Insurers always look for mitigating factors in any accident which will influence the level of liability their policyholder faces. Was the road surface wet? If the accident occurred at night, was the road properly lit? In the case of a bumper bashing, did the other party involved brake soon enough? There are a lot of elements that need to be looked at when it comes to any accident,” says Louis do Casal, head of recoveries and liabilities at Hollard Insure.

Let’s turn to your claim. In the example above, the insurer determined that its policyholder was only 70% liable for the damages caused in the accident. It therefore offers to pay out R12 750 of the R15 000 in damages that you presented.

At this stage, you either accept the offer or revert to the insurer and point out that you are not happy with the offer. However, this comes with a warning.

“The third party is often not a client of the insurer and will most likely be uninsured,” says North.

“Any negotiation with an insurer where the party is not a client of that insurer is unregulated and is not governed by Treating Customers Fairly [regulations]. In addition, the third party cannot approach the Ombudsman for Short-Term Insurance (Osti) to make a complaint against the insurer. Often their only option is to take the insurer to court if they cannot reach an agreement.”

Global studies have shown that during economic downturns where discretionary spending is under pressure, insurance is one of the first items in a budget that either gets cut completely or gets reduced.

Both Hollard and Naked Insurance have pointed out that they have not seen instances where policies have been completely cancelled because of budget constraints. However, innovative cover options have become more popular.

“We have seen instances where policyholders have moved from an expensive product to a less expensive product,” says Deanne van Doesburgh, head of product development at Hollard Insure. “We have also seen increased popularity in innovative products where policyholders only pay for cover based on the mileage they do in a month. Products that offer the ability to ‘switch on’ and ‘switch off’ cover have been massive game-changer.”

Standalone third-party cover has become more popular. However, it is important for policyholders to be aware of the extent of their cover. Third-party insurance is not comprehensive cover and will only cover you for the damages you cause to property while driving your vehicle. Policyholders and those interested in cover should always talk to their broker or insurer to clarify their level of cover.

Very confused article. A wronged third-party is not concerned with OSTI and Treating Customers Fairly and Policyholder Protection Rules and all that good stuff – his claims lies against the party that caused his damages.

And if you are rear-ended you have a pretty good case to claim against the other driver (let’s assume your lights are on, your brake lights work and you came to an ordinary stop at a red light). The other driver cannot hand over his responsibility to you, as the offended party, to his insurer – he remains on the hook.

Helpful article and thanks @Jenfem for clarifying.

What is confusing is this part “Insurers always look for mitigating factors in any accident which will influence the level of liability their policyholder faces. Was the road surface wet?”

How will the road surface being wet reduce the level of liability or the value of the third party claim? Did it reduce the premiums payable to the insurers somehow?