How you manage credit now will determine how you live the rest of your life.
By Akhona Matshoba 14 Jan 2022  00:01 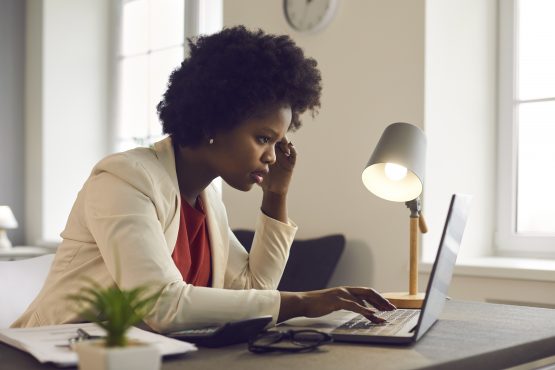 A key aspect for a young person who has just earned their first substantial pay cheque is the opportunity to start building a clean sheet financially. A good credit reputation is one of the most important building blocks.

Whether you need to buy a car or a home, lenders will want to know that you can pay your bills on time and that they will get their return.

So where do you start?

Wealth Advisor at PSG Wealth, Elke Brink, tells Moneyweb that for young people still in the early stages of building up a credit profile, starting small and keeping things manageable is the way to go.

“Start with smaller commitments. The most important part of building a good credit record is you need to be able to commit to the monthly repayments that you have to make on a consistent basis.

“It needs to be something that’s reasonable to your earnings and your planning,” says Brink, adding that the moment something becomes too difficult to repay is when a vicious cycle starts.

As a quick solution to addressing their lack of a credit history, young people are often told to open retail store accounts. However, Brink says although this is an option for some, a credit card is a far more manageable and less limiting solution.

“I think a credit card is something that can be used more widely … I would recommend [this] because your options are just a little more open than having one specific clothing account with one specific store,” says Brink.

What should I be using credit for?

Debt Busters CEO Benay Sager tells Moneyweb that because it is generally more expensive for young people to borrow money, it is important to have a sound reason for taking out credit – emphasising that credit should not be used to supplement one’s income for day-to-day living expenses.

“It is important for young people to understand that every amount of money you borrow must serve a particular purpose,” he says.

“If that purpose isn’t going to necessarily yield a good, productive asset for you, your education or your family, then you should probably rethink whether you want to proceed with borrowing that money.”

What is the point?

According to Sager the 20s are the best time for young people to start building a good credit history, because this is when one generally has fewer binding financial responsibilities.

He adds that the work put in towards establishing a good credit history during this time contributes significantly to how expensive borrowing will be once they start seeking longer-term credit such as a home loan.

“Normally I would say it takes between eight and 10 years to build enough of a history to be able to borrow for a house later,” Sager says.

“So while most of the debt or credit is generally accumulated in your 30s to 40s, the run up to that – in terms of you being able to build your reputation and to earn the licence to be able to borrow that money – depends on the small decisions you make every month with regards to paying or not paying the small amounts you borrow in your 20s,” he says.

Taking a more long-term view, Brink adds that because credit is ultimately debt, building a good manageable credit reputation in your 20s is also essential to living a debt-free retirement life. For this, you need to learn to manage debt at an early age.

According to Sager you should not be committing more than 40% of your take-home salary to debt repayments.

A debt-to-salary ratio of more than this is a sign that you may have taken on too much debt.

Read: Don’t allow Black Friday to push your debt-to-income ratio over the edge

Brink adds that from the moment one starts earning an income, it is important to start making smart decisions that will ultimately help create a financially stress-free retirement.

“I do think that if you can start somehow building your financial future by trying to minimise debt as much as possible, you’re going to get a lot of financial peace and a lot less stress in your longer life term.

“Successful financial decisions actually start in your 20s and are a combination of making the right decisions when it comes to your debt profile, but also starting to save a little bit to help you win a lot of time, meaning you won’t have mistakes you need to correct for the rest of your life,” Brink adds.