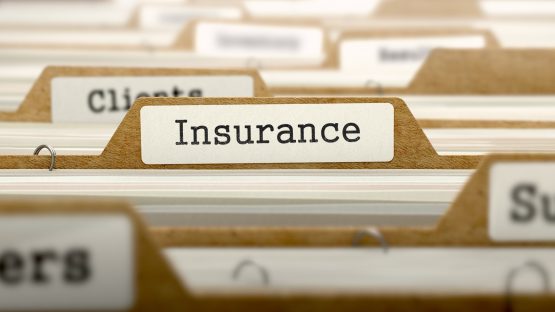 For many South Africans, insurance is a largely misunderstood concept, with the ins and outs of insurance cover typically overlooked by most policy holders. While many of us are aware of the importance of insurance, when it comes to filing a claim, many policyholders are left confused or disappointed, misunderstanding the terms of their agreement with the insurer, as well as their own level of liability.

Below we’ve unpacked some of the most common misperceptions about car insurance and debunked some popular myths about this often-misunderstood industry:

If you are involved in an accident using a vehicle that you’ve financed via a bank or another type of financial service provider, there may be a gap between its insured value and the amount owing to the finance institution. This is known as a credit shortfall and can result in you owing money for a car you no longer have.

Given that insurance policies cover the market, retail or trade value of your vehicle, you’ll be covered based on the value of the vehicle at the time of the accident or theft. However, the amount owed to the bank remains unchanged. To avoid facing unexpected costs, investigate credit shortfall insurance – also known as gap or top-up insurance – which is specifically designed to cover this difference.

While it might seem logical that the depreciating value of your vehicle would result in lower premiums over time, this is unfortunately not the case. Premiums typically increase year on year in line with inflation and the associated costs of repairs. The same goes for spare parts, which tend to increase in price irrespective of your vehicle’s value.

And while the threat of theft or even a total write-off is certainly possible, the risk of such an occurrence is realistically far lower than that of accidental damage, and as such, equates to a small percentage of the premium. Essentially, your policy is principally designed to cover repairs in the event of an accident, which, in most cases, has little to do with the precise age and value of the vehicle.

While many insurance claims are honoured, those that are rejected are due to an excluded event or a breach of the policy conditions. It’s important to read your policy wording carefully to know what you are covered for – and what you are not covered for.

Full disclosure is key when entering into a policy agreement with your insurer and it’s vital that you are 100% honest regarding the value of the items you are insuring if you want to avoid any complications down the line. Rather than estimating the value of your valuables, opt for a more precise approach, creating a complete inventory to which you can refer back in the event of a claim. If you are unsure of the item’s value, some insurers also offer a handy online estimation service, which can aid you in your estimations.

It is equally important that you are upfront regarding any prior losses or claims, as these will have an impact on your risk profile which affects your premium. Should you answer inaccurately in an effort to reduce your monthly premiums, you could be penalised later. An insurance policy is a contract of utmost good faith. As such full disclosure is important when taking out a policy

The answer to this question is largely dependent on the nature of your policy. Typically, vehicles are only insured when the car’s ‘regular driver’ – essentially the person who drives it most often – is accurately listed. This can of course be tricky to define in families in which a car is shared between multiple parties.

Due to the fact that one’s risk profile is calculated based partly on years spent behind the wheel, many policyholders tend to list themselves as the regular driver, rather than their university going children for example, who pose a higher risk, and as a result, are likelier to incur higher monthly premiums.

However, should your car be involved in an accident whilst being driven by someone else, your vehicle should still be covered, provided that the correct regular driver is listed. This depends on the policy and could result in you having to pay some additional excess, but provided that you’ve supplied accurate information regarding the vehicle’s regular driver, you should still be insured. As such, it is vital that the information you supply to your insurer is 100% accurate. Should the car’s regular driver change at any point, it’s important to keep your insurer informed so as to prevent any complications down the line.

The aim of any insurance policy is to re-establish equilibrium and place you in the same position you were in prior to the loss. As such, claims will be assessed based on the state of your car prior to the accident and replacements will be made accordingly to ensure that the vehicle is returned to its previous state. SABS approved after-market parts will only be used if your vehicle is out of warranty. It is an internationally recognised practice, approved by our judicial system and also enables insurers to keep insurance premiums affordable.

Remember that the key to any insurance policy is information. Not only is it important that you keep yourself informed regarding the nature of your cover, but it is also equally critical that you provide your insurer with all the information they require to avoid any potential future pitfalls.

Karabo Kopeka is head of claims at MiWay Insurance

Maybe a follow-up article on the ”rip-off” nature of Insurance companies, by cutting prices and bombarding it on DSTV?

This is written by an insurance guy. Your premiums should NOT go up annually on a depreciating asset! PLUS they will look for every (any) reason not to pay.I have followed the excesses of these insurance companies for decades. Someone should start a page the puts forth all their hypocrisy and refusals to pay. Call around get 2 – 3 other quotes DO NOT TELL THEM WHAT YOU ARE PAYING! Then call your current insurer and tell them match or I am switching. They will match because you are a cash cow to them.

Favorite complaint is their book value. For weird vehicles like well kitted bush vehicles, find an insurer that will pay you out on real market value (and charge you premiums accordingly to be fair). I would not sell my old Landcruiser for double what the “book” value is but I have it specified at what it will cost me to find one.

We should also get to stage where insurance is a per-km fee, like most things are going pay-per-use. It is crazy to compare my bush vehicle (10k km open road per year) to a sales rep doing 50k km city traffic per year.

I’m insured with Outsurance. Recently, I opted for a quote from Budget, which was much lower, then notified Outsurance I was leaving. They immediately replied with a quote that was even lower than Budget’s. So I stayed – and am paying over R800 a month less. (Budget then came back with quote even lower than Outsurances!) Try it! You could save R10 000 a year.

There is a lot of big data in insurance, they spend a lot of effort on maximizing their profit so if they deem you a low risk of switching to another insurer they may load your premiums more than if you were the type more likely to leave, so it is a good idea to say at least yearly get outside quotes so that you don’t pay more than needed for insurance.

We switched to Discovery Insure recently and are now being subjected to behaviourial modification as they supposedly ‘reward’ you for driving better. It’s an interesting experience as my wife and I now compete to get a better ranking (as most married couples can attest, your partner’s driving ability is never quite as good as yours). Needless to say, my wife isn’t as good a driver as she thought, which is a source of great amusement to me.

However, the thing is skewed in favour of people who take short trips and don’t drive at night. So, I’m winning as my wife tends to drive long distances for work whereas I ride a desk. Basically they are using a carrot method to get you to drive in a manner that will reduce the chances of an incident and end up with you claiming. The problem is the ‘rewards’ are not exactly straightforward and its fairly complicated as always with Discovery.

I’ve burnt my fingers by being underinsured. The insurer ensured me that the insured value was the correct and highest possible value for my car. When I claimed I had to pay-in R60 000 to replace my car. So don’t believe the insurer, they will give you a lower premium and excess to be competitive, but you might be grossly underinsured. Some tips…

Getting car insurance quotes is not easy. You might as well do a proper job and set a day or two aside to get quotes. Demand that the insurer send you a quote in writing. Demand that the insured value is stated on the schedule (not just stating “retail” or “market” value), or at least ask what sources/publications they use to determine the value. Ask around, go to dealerships, etc and make sure that if should replace your car (in the same condition) that the insure value are correct.