The real cost of lobola

Higher bridewealth prices can strain household finances; but loyalty to the practice remains.
By 9 Mar 2015  00:11 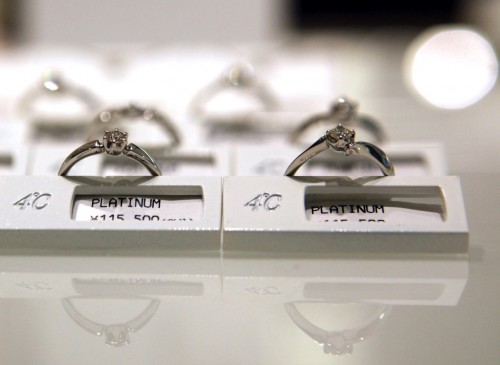 Lobola, a custom involving the provision of marriage payments in cattle or cash, from the groom’s family to the parents of the bride, can often prove to be taxing on a couple’s finances.

“The typical bridewealth payment in KwaZulu-Natal is 11 cows for ilobolo – as it is called in IsiZulu – but the price of each cow can vary considerably.”

Having done extensive research on the practice of ilobolo, Posel says that a high price raises the economic requirements for men to marry and may contribute to delayed marriage or even non-marriage among black South Africans, particularly in KwaZulu-Natal.

In one UKZN study Posel worked on, it was found that there was no evidence of an aversion to marry, but rather that the lack of jobs and economic opportunities made it more difficult for couples to marry. Although respondents in her study felt that the custom had become more commercialised over time, they also reported that ilobolo was an important custom that should be practiced.

In Xhosa culture, the failure to pay a demanded amount can lead to the practice of Theleka, which is the withholding of a wife by her father or guardian from her husband to coerce him to pay the outstanding lobola. This, as this research paper finds, is in conflict with the best interest of the child.

Robert Matsaneng, the creator of the Lobola Calculator app, says he has a friend whose partner and child were taken after he refused to pay R65 000 for lobola, even though he had been the sole breadwinner of the family and paid his partner’s college tuition.

“I think there are many families out there that are just being greedy. It’s unreasonable…. By paying lobola, all we’re asking for, is permission (to get married). But if the families ask for too much, it becomes a problem,” says Matsaneng.

“Because, after lobola, you still need to have a traditional wedding, then it’s the white wedding, which you want to be memorable. After that it’s the house, and then kids and so on. All these other things are also expected of you as the provider.”

But how much is the right amount?

Says Posel: “There is no nationally representative data on the value of bridewealth paid, but data from a regional survey for KwaZulu-Natal identifies that the average value of ilobolo paid in 1998 was R20 000 (in 2000 prices), which was more than the average annual salary of employed African men at the time.”

The amount varies depending on a myriad of factors; the relative wealth of both families, the income and assets of each the bride and groom, whether they have a child out of wedlock, their level of education – the list goes on.

These seemingly arbitrary and, at times, unjustifiable asking prices for lobola are what have made Matsaneng’s app popular. Because, until now, there has been no alternative method for checking how much one should pay.

‘Lobola Calculator’ lets you calculate your wife-to-be’s bridewealth price, by adding age, height, weight, waist size, attractiveness – on a scale from “not at all” to “really hot” – as well as cooking skills, qualifications and level of employment.

But even the Lobola App is flawed, because Matsaneng himself has developed it using estimates from a negligible sample.

“I called a few people I knew (friends and family) from each province and that’s how I got to the averages…I didn’t put too much effort into the research because I only created the app for fun,” he says.

Source: The Lobola App *Free State not included in the app

Since the release of Matsaneng’s app, developer Vusi Mbongo created his own version, adding a prefix and calling it ‘The Lobola Calculator’, because he and his friends thought poorly of Matsaneng’s version.

With Mbongo’s app, a user enters the groom’s wealth-gauging details separately before entering those of the bride, which he says is more accurate because lobola depends on the circumstances of both individuals. For a woman, it’s more about whether she has good home-making skills, and brings some income to the family finances, but the price should ultimately depend on whether the man can afford it, says Mbongo.

What a load of rubbish. Professor?

@ The Hun and @peter gordon grant. Hear Hear. Bring back Disqus, all is forgiven (not that there was anything wrong with it)

imagine how much revenue can be raised if SARS can Tax this lobola….

I think the tradition of lobola is much better than what we as westerners have. With lobola you pay upfront, in western society you pay ten times more when she leaves you.

I will give one cow to have disqus back. My spelling is up to s$%t and I need to edit stuff.

@Sensei – I’ll raise you – 5 cows for Disqus to make a comeback. Why do they try to fix things that aren’t broken?

AS a colleague of mine says: GReed, Greed, Greed!

So the trend nowadays is to shack up, have a baby or two and then split up.
Reason is that the women want children but do not trust black guys to stay true to the cause.
Black guys have an awful reputation for messing around with other women and so the black women simply distrust them. Period.

As for lobola – it’s supposed to be used for the wedding and starting of a new family unit, in other words it’s supposed to come right back to the couple, not go towards some kind of “reward” to the parents for bringing up such a lovely girl, or compensating the parents for the loss of their income producing child.
All these required “cows” are now simply stupid, idiotic GREED.

As for the people who think this is simply rubbish – as shown by the first comment at the bottom – you have no idea what this social dillemma is going to unleash in terms of people who grow up in single parent family units. The consequences will begin to hit hard very, very soon. We’re only seeing the tip of the iceberg with the current violence. Ti’s going to get a lot worse.

I am going to marry an african woman, we bring our kids together, she will relocate to Europe and we will hopefully enjoy a good life together.
I find the lobola system embarrasing and it does not do any good to our relation. I have asked about the amount several times, and I am not havin any chance to speak with the people who should be also my family after marriage.
If the intention is bringing families together, I could come up with many other ways, that would actually socialize and give into the family.
Until today, I have only seen it being something which is difficult to talk about, making my girlfriend sad and putting us both under a pressure.
Will her family help her, if she gets into trouble? Do they help the young ones to study, raise homes etc?
Does the family have anything to offer those in need in modern life?
I have heard many bad stories about abusive husbands and youngsters in big trouble, but until now not of any situation, where the uncles on the moneybag have stood up for anyone.
I regard the money I am going to pay as being lost. What is worse is, that my coming wife and I will need them later on, and where is the family when we have to buy tickets, arrange a wedding, pay deposits for residential permits, etc? Will I be able to respect these uncles, taking my money and giving what back? I am afraid it will be a stone in our shoes.
Anyone here with positive experiences, I would be happy to hear.
Best regards Dane

Dr_mack@ yahoo. com was the email i contacted when my wife left me. After spell casting my wife came back quickly. Keep up the good work