Another ‘Taxpayer vs Sars’ saga 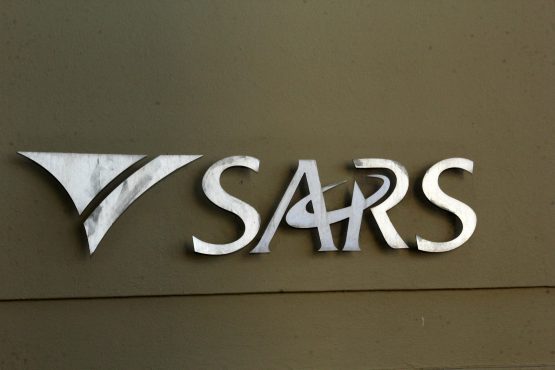 The revenue service has been given an expensive admonishment by the Constitutional Court. Image: Moneyweb

On March 11, 2022, the Constitutional Court (ConCourt) handed down a welcome judgment in the matter of Barnard Labuschagne Inc (BLI) versus the South African Revenue Service (Sars) and the Minister of Finance (Case No CCT 60/21), setting out existing binding precedent in earlier case law pertaining to the rescindability of a civil judgment taken out by Sars on a taxpayer.

On why the high court did not discover the existing binding precedent, the ConCourt opined that several recent high court judgments, including this matter, “appear to have failed to apply binding precedent, a core component of the rule of law, which is a founding value of our Constitution”.

The ConCourt thus allowed BLI’s appeal, and unanimously agreed that it had the jurisdiction to hear this matter on whether a civil judgment can be rescinded – as it “raises an arguable point of law of general public importance”.

BLI appealed to the Constitutional Court when it was refused an application to appeal the judgment handed down by the Western Cape High Court in the case of Barnard Labuschagne Inc (BLI) versus the South African Revenue Service (Sars) and the Minister of Finance, Case No. 23141/2017. Both the high court and the Supreme Court of Appeal refused BLI’s application to appeal.

This matter spanned the years 2007 to 2017. In 2017 BLI compiled a “self-assessment” for value-added tax, employees’ tax, unemployment insurance fund contributions and skills development levies. BLI contended that this statement reflected the assessed taxes payable, not what had not been paid, and that it had made payments which Sars had failed to allocate to the relevant assessed taxes.

Sars however, filed this self-assessment with the Registrar of the High Court as a certified statement reflecting BLI’s indebtedness to Sars per Section 172 of the Tax Administration Act (TAA).

In terms of Section 174, this certified statement is to be treated as a civil judgment.

The ConCourt referred to this “civil judgment” as a “tax judgment”.

Precedence for rescindability of tax judgments

BLI contended that a tax judgment is not a tax assessment, against which a taxpayer can object and appeal to the tax court. It therefore had to approach the high court to rescind the tax judgment.

The ConCourt discussed previous judgments that had considered the question of rescindability.

Two previous judgments – Kruger II (Kruger versus Sekrataris van Binnelandse Inkomste 1973) and Metcash (Metcash Trading Ltd versus Commissioner Sars) – which had been decided on older yet similar legislation, gave binding authority that a tax judgment can be rescinded.

The ConCourt pointed out that a taxpayer has certain defences against a tax judgment.

For example, Sars would not be entitled to register a tax judgment if the taxpayer has already lodged an objection.

The ConCourt determined that:

Criticism of the high court judgment

In the ConCourt’s view it is “unacceptable” that the high court did not discuss the judgments referred to above, and “either follow them or explain why it thought they were distinguishable”, and that it is “difficult to fathom the Court’s statement in denying the leave to appeal” in that “there were no conflicting judgments on rescindability”.

The ConCourt also noted the importance of observing the rules of precedence, and that this “is not a display of politeness to courts of higher authority; it is a component of the rule of law, which is a founding value of the Constitution”.

The ConCourt also found the high court’s “cursory dismissal” of the taxpayer’s alternative argument of the unconstitutionality of sections 172 and 174 to be “unsatisfactory”.

The ConCourt opined that the high court should have found that the tax judgment was “susceptible of rescission”, and should have considered whether BLI had made out a case for rescission at common law. The ConCourt referred to the “well-known requirements” of BLI having to provide a reasonable and satisfactory explanation for its default, and said it can show that it has some prospect of success for rescission.

The ConCourt decided that the matter is to be referred back to the high court to decide the merits of the recission application, but because the high court had made adverse comments about BLI, the matter should be heard by a different Judge.

Sars, was all this worth it?

This amounts to an expensive admonishment.

It will be easier to understand the full facts when the matter is again heard by the high court under a different judge. Was BLI a recalcitrant taxpayer? Was Sars misallocating payments? Will BLI be able to provide a reasonable and satisfactory explanation for its default, and show grounds for rescission?

The overarching question Sars should explain though: was there not an easier way?

The bottom line really is why would SARS go after a willing taxpayer when there are so many avoiding paying tax! it just does not make sense! There are many cases where taxpayers are pursued by SARS because they pay tax. Perhaps SARS wants to squeeze more juice from these compliant fruits? I hope this case encourages SARS to go after those avoiding making contributions and not those that already cough up.

Every single person implicated by the Zondo Commission for corruption should be in jail for tax evasion. All the stolen money is gross income as defined and SARS should prosecute. The double standards applied by SARS is astounding. Legitimate taxpayers are bullied yet crooks and thieves walk free. No wonder professional wealthy people are leaving this country.

Plus 300% penalty plus interest plus where there was fraud up to ten years in jail. SARS could be acting ten times faster than prosecuting and proving the underlying crime as they only need to prove the tax not the source of the cash or manner it was obtained