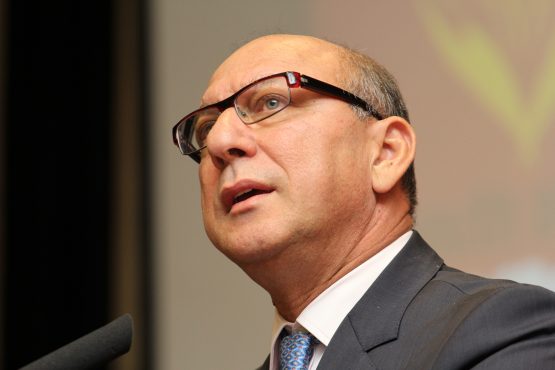 Former finance minister Trevor Manuel has been appointed as the chair of the panel who will recommend a suitable candidate for the top job at Sars. Picture: Moneyweb

Finance minister Tito Mboweni has appointed a panel to interview candidates and to recommend a suitable candidate for the top job at the South African Revenue Service (Sars).

The panel is chaired by former finance minister Trevor Manuel.

Mboweni is overseeing the initial phase of the appointment, but President Cyril Ramaphosa will make a final decision.

Commissioner Tom Moyane was dismissed from the position in 2018 after Ramaphosa lost faith in his ability to lead Sars amid allegations of corruption and after revenue collection disappointed. Sars stalwart Mark Kingon has been acting commissioner since March 2018.

There is pressure on Ramaphosa to ensure that Sars is soon restored to its former glory after the controversial operating model introduced under Moyane’s watch saw the dismemberment of the large business centre and led to an exodus of staff.

Following the surprise announcement that Absa Group CEO Maria Ramos would retire at the end of February – just a few days before Absa is due to release its year-end results – speculation has been rife that Ramos, a former director-general of National Treasury, has been earmarked as Sars commissioner.

But the minister’s announcement on Thursday that the panel overseeing the appointment of the new commissioner will be chaired by Manuel, Ramos’s husband, rules her out as a candidate.

Nugent recommended the people appointed to the selection panel should be “apolitical and not answerable to any constituency, and should be persons of high standing who are able to inspire confidence across the tax-paying spectrum”.

The panel has already commenced its work, and the process is expected to be completed in the next few weeks.

Industry insiders expect an appointment to be made before the start of the new financial year on April 1.

Of all people -Trevor- to select the SARS boss!! The dear former Minister in the Presidency of the great Jacob Zuma ( 2009 -2014) should go shopping with Maria at Gucci, Armani etc. the proceeds of the arms deal.

To have some so deeply tainted with serious misconduct selecting a decent SARS boss-the poor ANC just do not get it!

Trevor has for years been one of the few outspoken critics of Zuma and his cronies. He had no chance at the presidency so could afford to speak his mind while Cyril had to bide his time and emerge through the ANC structures. These guys are SA’s best chance of success.

Old Mutual departed our shores and was a leader in the exodus of SA companies offshore. Trevor was Finance minister at the time. He is now Chairman of Old Mutual. None of this helped our economy. As for Trevor and Mbeki involvement in the arms deal …..our memories are all too short.

In 5 years-in the lair of the evil beast-he achieved…NOTHING!
All show and no go-he rode the commodity boom of the early 2000s and genuinely believes the 5% growth was due to his intellect.
Misguided at best-criminal at worst!

Absolutely Sam : Trevor has looked after Trevor: Period (and Maria) .He is simply another ANC political has been & will advise only on the basis of politics and colour.
Its Blantantly obvious that Mark Kingon is the perfect and sensible choice but he does not meet the BEE requirements . No doubt another ANC crony will get appointed. Trevor should give advice on horse racing !!

@SAM The Taxman… If there is someone who “does not get it”, it is surely you.

The ANC under Ramaphosa has accepted without excuses, its wrongs and its will to embark on a renewal process. I had given up on the ANC, but after last night’s SONA a new hope was rekindled in me.

Stay fixated in your past and leak your wounds when this shape up, without you.

The ANC has not DONE anything material under your great Mr Ramaphosa. Far from it-unemployment, SARS, health care, Eskom, police, SARS etc. are in a state of total and utter chaos. Mr Ramaphosas words mean nothing-implementation is required and quickly.

As for the past-it is unacceptable that one of the key suspects of unethical conduct in the smelly Arms deal is chosen to choose the new SARS commissioner. Is there nobody better to make this selection? Try a Steven Koseff who just retired?

One thing about Cyril: at least he listens to the experts.

Now please do the same with NHI, education and water.

There is only one man for the job. Des Van Rooyen 😉

Trevor was and is overrated.

He’s just another cadre doing what cadres do.