Onus on taxpayer to prove the nature of gains.
By Inge Lamprecht 29 Jan 2018 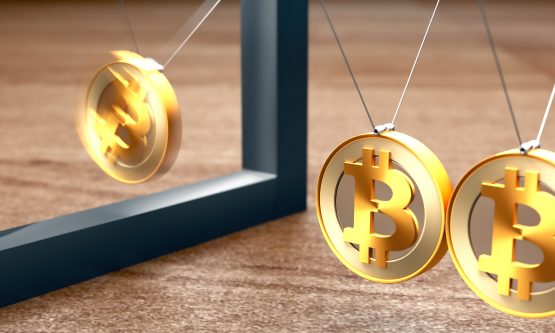 Sars has confirmed that it will publish a guide on cryptocurrencies soon. Picture: Shutterstock

As bitcoin continues its rollercoaster ride, taxpayers need to brace themselves for heightened scrutiny of their declarations in relation to cryptocurrency gains.

The South African Revenue Service (Sars) has confirmed that it will clarify its position on the tax treatment of cryptocurrencies early in 2018, but its guide on cryptocurrencies is not expected to be published prior to the Budget Speech in February. However, due to the intricate nature of cryptocurrencies like bitcoin, the complexity and scope of tax legislation and the wide-ranging views international tax authorities are taking on the matter, taxpayers may well find themselves at odds with Sars even after more information is provided.

Despite its slide since mid-December, bitcoin was still trading over 1 300% higher on local exchange Luno on Friday than it was four years ago. The last year in particular has seen substantial price gains and taxpayers involved in this space could potentially face a significant tax bill.

In light of the money that has been made in cryptocurrencies in recent times, Sars is likely to conduct detailed investigations over the next year or two. Taxpayers who intentionally fail to declare their profits or gains, could face understatement penalties of up to 200% as well as interest, says Ruaan van Eeden, managing director for tax and exchange control at the Geneva Management Group.

In December, Sars indicated that it was in discussions with some of the top technology companies in the world to enable it to track cryptocurrency trades more effectively.

The fact that Sars hopes to provide guidance on the tax treatment of cryptocurrencies soon, suggests that it plans to scrutinise this space much more carefully, adds Asheer Jaywant Ram, CA(SA) and senior lecturer in the School of Accountancy at the University of the Witwatersrand.

Sars is under pressure to ramp up its tax collection initiatives after the Medium-Term Budget Policy Statement (MTBPS) showed that tax revenue was projected to fall almost R51 billion short of the 2017 budget estimate. Efforts to implement free tertiary education and to stabilise struggling power utility Eskom, will likely add pressure to the fiscus. Yet, it is not quite clear whether there is significant tax money hidden away in the crypto arena.

“I think there is enough interest and there is enough scope for Sars to be looking into this space, but now the question becomes – because Sars is really under pressure to reduce that deficit – are they really going to accept taxpayers declaring their gains as capital gains tax or are they going to just say it is all revenue in nature?” Ram asks.

If gains are considered income (as opposed to capital), taxpayers will generally be taxed at a higher rate.

Due to the speculative and volatile nature of bitcoin, it might be difficult for taxpayers to prove that it was a long-term investment, and therefore capital in nature, and that the aim was not to profit off short-term volatility.

“Those sorts of debates on the nature of bitcoin – I think those are coming – and I think it would be very interesting to actually see the outcome of those debates,” Ram says.

Due to the opaque nature of bitcoin and how it works, there is still some uncertainty about its tax treatment, Van Eeden says.

The main challenge in trying to determine a bitcoin trader or investor’s tax liability is the question around the nature of the bitcoin, Ram adds.

While some tax jurisdictions regard bitcoin as currency, others consider it an asset. The difference in classification has wide-ranging implications for its taxation.

Ram says most international jurisdictions are treating it as an asset at this point. Yet, one of the biggest hubs, Japan, has classified it as legal tender (currency) and there may be some merit in its assumptions.

“Where bitcoin is used as consideration for the supply of goods or services, and it is determined that bitcoin may be viewed as an asset rather than currency for VAT, the trade would likely be akin to a barter transaction,” Robert Gad, Nicolette Smit, Megan McCormack and Jo-Paula Roman from ENSafrica’s tax department write in an article, which considers the South African position.

“Where bitcoin is traded – i.e. bought and sold for cash – the VAT consequences for both parties would depend on a detailed analysis of the exact facts of each case. This would be of particular relevance to taxpayers that may exceed the VAT registration threshold through their bitcoin trades,” they note.

A business must register for VAT if the total value of taxable supplies in a 12-month period will likely exceed R1 million.

But even where bitcoin is considered an asset – which would normally have VAT consequences if it is bought or sold in the carrying on of an enterprise – some jurisdictions are excluding it from their VAT or Goods and Services Tax (GST) regimes. The Australian Tax Office treats bitcoin as an asset in most cases, yet since July 1 2017 no GST is levied on sales and purchases of digital currency, which is somewhat of a dichotomy as it remains an asset for capital gains tax purposes, Ram says.

This illustrates the quasi-nature of bitcoin, which arguably exists in the grey space between assets and currencies, he adds.

While the German Central Bank recently called for global regulation with regard to cryptocurrencies, it remains doubtful that international jurisdictions will agree on uniform measures, Ram says.

SA needs a bitcoin ETF listed on the JSE soon. That’ll make tax treatment, as well as implications on SARB’s single discretionary allowance (buying ‘forex’) clear and simple. The average investor cannot be bothered by all this uncertainty. SARS may be justified in collecting this tax, but they are very, very late in providing policy clarity. There should thus be a tax amnesty for transactions conducted before, say, a year ago, else this is going to get very messy and impossible to implement.

solution for hodlers are obvious

I am contemplating on taking everything I have offline or just to other wallets/exchanges like cryptonator but then I will need the fiat eventually.

Tax is fine as it brings clarity and certainty and SA prices will adjust for prices for tax hopefully.

They can come up with all taxes thats fine, there is joy in knowing they can’t control it though.

So as the parasites in power [ oops, politicians ] continue to plunder your every attempt at trying to generate funds to keep your head above water, its ok though as long as its done under the guise of LEGALIZED THEFT ……sorry, tax

No wonder they love sheeple, as ppl like you continue to break your back keeping those govt snouts in the trough.

Most international jurisdictions classify crypto when held over 1 year as a capital gain. Under 1 year one is seen as actively trading it, which then falls under income.

The task of actually tracing crypto currencies between multiple exchanges, multiple currencies is near impossible though. I don’t see SARS being aware of trades between crypto pairs.

However, as it stands one still cannot readily spend crypto on big ticket items. Sure, you can buy some electronics from TakeAlot in BTC, but you cannot buy a house or a car or a business with crypto in SA. Surely SARS knows this and isn’t terribly worried about your crypto / crypto profits.

When you want to spend the large gains, you will have to bring it back to Fiat currency via a local exchange, and these most likely already report everything to SARS, in addition to your bank doing the same.

For now, as long as SARS monitors the onramps to Fiat, it is assured to gets its share.

Have a look at https://uphold.com as a means of bypassing this nightmare. Also when https://hoardinvest.com launches so many more options for us minions. Good luck to SARS, governments and all the other leeches trying to milk us even further.

While you are on the subject of tax evasion can you also advise me on how I can hide my business’ cash takings?

Otherwise let’s just accept that just because you can hide it, it doesn’t make it OK.