Clear and decisive leadership is what ratings agencies are looking for.
By Amanda Visser 22 Mar 2018  00:01 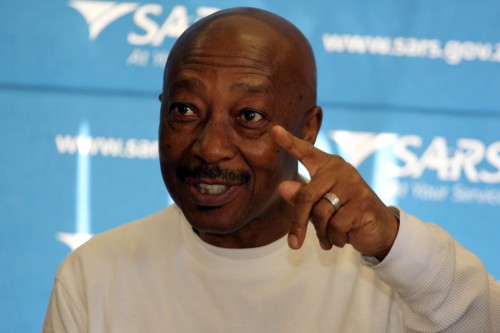 The removal of Tom Moyane as commissioner of the South African Revenue Service (Sars) has been on the cards for some time.

However, the timing of his suspension by President Cyril Ramaphosa after refusing to resign is seen as “the right thing to do”, given the looming downgrade by global ratings agency Moody’s on Friday (March 23).

At the end of last year, the ratings agency held the country’s sovereign debt status at one notch above junk, but placed it on review for a downgrade depending on the outcome of the December ANC elective conference and the state of the economy following the February budget.

Joon Chong, tax partner at law firm Webber Wentzel, says it was “clear and decisive” leadership from Ramaphosa to suspend the commissioner without further delays.

Sars is currently facing the last stretch of its financial year end with an expected shortfall of R48 billion in revenue collections.

“Everything possible must be done to prevent further downgrades of our government bonds. A possible downgrade is more critical and has far greater implications to South Africa and ordinary South Africans than the fiscal year end,” she says.

“It is one step (the suspension of Moyane), but it is one of many steps that the new government is taking to restore credibility, ensure economic growth and to have greater accountability and transparency in our government institutions.”

Keith Engel, CEO of the South African Institute of Tax Professionals, does not believe the removal of Moyane was necessary simply because of the review.

“Moody’s is more favourable towards the government with President Ramaphosa in charge.”

Ramaphosa announced on Monday that he has placed Moyane on suspension pending the institution of disciplinary proceedings.

In his statement, Ramaphosa said it was in the public interest to restore the credibility of Sars without delay. Developments at Sars under his leadership have resulted in a deterioration in public confidence in the institution.

Read: Drastic action is required to save Sars from the brink

“For the sake of the country and the economy, this situation cannot be allowed to continue, or to worsen,” he said in a statement issued by the Presidency.

He specifically referred to the manner in which Moyane handled the matter of Jonas Makwakwa, the former chief officer of Business and Individual Taxes.

Makwakwa resigned earlier and is being investigated for irregular tender procedures at Sars and allegations of money laundering.

Sars veteran Mark Kingon, has since been appointed acting commissioner. His appointment has been widely welcomed by the tax community.

Engel says he is well-known and liked in the tax community and inside Sars. “He has a lot of support. Internally people have looked up to him, not only because he is smart, but because he is a man of high integrity.”

Kingon has been with Sars for more than three decades and filled the position of the head of relationship management within business and individual taxes.

Chong says a forensic investigation into the extent of managerial abuse and possible misappropriation within Sars is necessary.

The Commission of Inquiry, announced by Ramaphosa in his State of the Nation Address, will assist in determining shortcomings in administrative processes to enable the institution to meet its objectives towards taxpayers and the state.

She says there has been an acknowledgement that tax morality has been affected. “The foundation of trust, which underpins tax morality is, unfortunately going to take more time to be restored.” However, she adds that the removal of leadership with questionable integrity helps the morale outside and within Sars.

Chong believes Kingon has the leadership and support to steer the institution in these turbulent times.

Issues that however will have to be addressed urgently are Sars’s lack of adherence to timeframes set in the Tax Administration Act and the timeous payment of legitimate VAT refunds.

Engel suspects that people who saw the removal of “an army of Pravin Gordhan’s people” would like to see more heads than just that of Moyane roll.

However, he says the real issue is for Sars to gain control over its systems and “rogue auditors” who have been overly aggressive, unfair and lacking proper auditing skills.

He also believes Sars should be focusing more on “wholesale tax evaders” – those who need lifestyle audits and who have been receiving lucrative government contracts, but remain outside the tax net.

The “honest” feel Sars is “going after them” because they are in the system. Engel says Kingon has been known for rescuing taxpayers when the system became too oppressive. He is seen as tough, but fair.

That, is what Sars taxpayers want, says Engel.

The 5000 top earning government employees should have lifestyle audits. Or at least all the people who sit in parliament.

Plus all the excess numbers and overpaid staff in provincial and municpal management.

One Swallow does not a Summer make!!!

While heads roll out the door I bet the shredders are running Harry Flatters. Hope my file falls into a shredder too……

Dear Amanda, I really wish you were involved rather than writing some hope and change articles. The CORRUPTION CONTINUES !!!!!!!!! THIS WAS A BIG PART OF THE DOWNGRADE WARNINGS WASN’T IT ??? DAH