Could the holes in the healthcare system speed up tax reform?

Pursuing a system of unitary taxation to prevent multinational corporations from avoiding tax is among the recommendations in the drive to achieve sustainable health coverage in Africa.
By Barbara Curson 30 Jun 2021  00:01 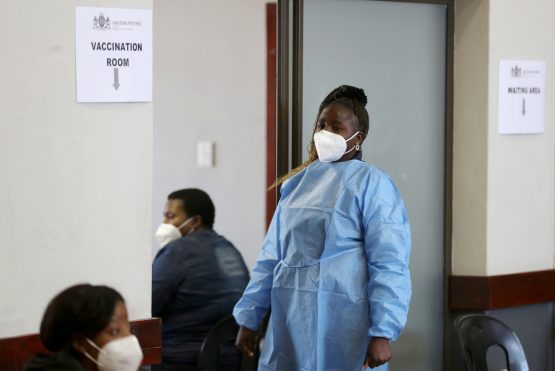 Mustapha Ndajiwo, executive director of the African Centre for Tax and Governance, gave a presentation on health financing and taxation for sustainable health care. Ndajiwo’s presentation included the results of a study undertaken in five African countries – Kenya, Malawi, Burundi, Nigeria and South Sudan – and the interaction between taxation and financing health care.

The Covid-19 pandemic has exposed the weaknesses of public healthcare institutions and the low budget allocation to health care.

Read: Africa’s health systems should use AI technology in their fight against Covid-19

The United Nations Sustainable Development Agenda (2030) includes health as one of its goals. This appears out of reach, and Africa’s health spending only accounts for about 1% of global expenditure.

The heads of state of African Union countries committed, in April 2001, to taking “all necessary measures to ensure that the needed resources are made available from all sources and that they are efficiently and effectively utilised”. Through the Abuja Declaration they pledged to set a target of allocating at least 15% of their annual budget to improve the health sector.

Resource mobilisation faces a number of challenges, such as the loss of fiscal revenue through illicit financial flows and profit shifting (shifting profits from a high tax jurisdiction to a low tax jurisdiction).

Double taxation treaties (a treaty between two countries that allocates taxing rights) can have a harmful effect on potential tax revenue (for example, where country gives up its rights to tax interest and royalties payable to residents in the other jurisdiction).

Tax incentives also create an avenue for tax leakages. (For example, a foreign company may set up a manufacturing company in a special economic zone in the developing country for the years that it is entitled to the tax incentive, and leave immediately thereafter).

There have been calls for a more equitable, unitary system. According to the Tax Justice Network, under a unitary tax approach, the profits made by a multinational corporation should be apportioned to each country where it operates based on how much of its real economic activity took place in that country.

The informal sector escapes the tax net, and Kenya also loses about US$1.1 billion a year from tax incentives and exemptions.

Malawi is one of the least developed nations in the world, and ranks 172 out of 189 countries on the human development index. Budgetary allocation for health stood at 9.75% in 2018/2019.

Malawi largely relies on donors to fund parts of its health sector.

Burundi is one of the most densely populated countries in Africa, and has a GDP per capita of US$270.1. As at 2018 life expectancy was 52.2 years.

The country offers numerous tax exemptions. Its fiscal deficit increased from 1.2% of GDP in 2014 to 5.7% in 2015 as a result of short term incentives.

Burundi loses an estimated 6% of its GDP to illicit financial flows.

Nigeria is the largest producer of oil in Africa, and its economy is vulnerable to oil price volatility. It ranks 153 out of 189 on the human development index. In 2015 there were only four doctors for every 10 000 people in Nigeria.

In 2016 out of pocket expenditure by individuals was 75.21 % of current health expenditure. Nigeria’s budgetary allocation to health in 2019 was N367 billion (US$1 billion) representing just 4.1 % of the entire budget figure.

Read: South Africans must be healthier for universal healthcare to succeed

The country’s tax-to-GDP ratio stands at 6%, making it one of the lowest in the world. It is estimated that Nigeria accounts for 30.5 % of illicit financial outflows from Africa. The country also loses tax revenue to incentives.

South Sudan is ranked 186 out of 189 on the human development index, and has one of the worst health indicators with infant mortality and under-five mortality rates at 39.3 and 99.2 per 1 000 live births respectively.

In 2015 it was estimated that South Sudan had a current health expenditure per capita of US$28.

What should African countries do?

What should civil societies do?

Standout remarks from the discussion:

He is also of the opinion that if government relies more on tax to fund health care, citizens are more likely to hold the government accountable.

Cobham referred to an initiative of the Organisation for Economic Co-operation and Development to reform international taxation, but is of the opinion that very little of the additional tax will go to African countries.