Could you be a provisional taxpayer without realising it?

Determination must be made annually and in time to meet filing obligations.
By Amanda Visser 25 Jul 2022  00:03 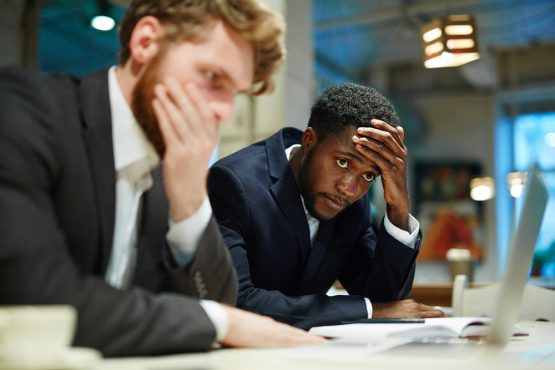 Taxpayers are advised to look at the definition and decide every year, because their circumstance might have changed. Image: Moneyweb

Provisional taxpayers are heading for their first important date of the new tax year – they must submit their estimated taxable income for the year to the South African Revenue Service (Sars) at the end of August.

They must also pay the portion of the tax liability that is due at that point.

Failure to submit a return or make a payment in time may result in penalties and interest being levied on the non-submission and late payment.

Read: 2022 tax filing season: Everything you need to know

There are however still some misconceptions about who is and who isn’t a provisional taxpayer, and what the obligations are when one falls into this category.

Jackie Arendse, professor of taxation and The Tax Faculty presenter, says there is no such thing as “registering” or “deregistering” as a provisional taxpayer. The section in the Income Tax Act that required people to register was deleted in 2016.

“It is now incumbent on the taxpayer to determine whether they are provisional taxpayers or not. When Sars is completing the final assessment of a taxpayer they look back to establish if a person was liable for provisional tax or not.”

Several taxpayers got a nasty surprise at the end of January this year when Sars did exactly that.

The golden rule for individuals and trusts is that when they earn income other than remuneration, subject to some exclusions, they are potentially provisional taxpayers, says Arendse.

Read:
Tax season will be shorter this year
Tax filing season off to a slow start due to technical issues
Despite strike, taxpayers must still meet tax season deadlines – Sars

The position on trusts

The submission deadlines for trusts are creating confusion this year, says Carmen Westermeyer, facilitator of The Tax Faculty’s monthly tax discussion. Trusts have historically always fallen into the category of provisional taxpayer, allowing them 12 months (as with companies) to complete their tax returns.

Sars has made it quite clear, in the way it has written the regulations this year, that it wants trusts to be subject to the same provisional and non-provisional tax deadlines as individuals, says Westermeyer.

“In my experience this means that 90% of trusts must file their annual returns by October. Sars has also confirmed that they only [assess] whether you have filed correctly once you have submitted your return,” says Westermeyer.

“That is when the penalties and interest will ramp up.

“I just want to give an advance warning notice,” she says. “Trusts will have to look at either an October or January deadline – and more likely October.”

Arendse also warns that individual taxpayers should carefully consider whether they are provisional or non-provisional taxpayers, and do so timeously.

“It doesn’t matter whether you have been a provisional taxpayer for the last 20 years. You must look at the definition and decide every year, because your circumstance might have changed.”

Provisional taxpayers must submit their first provisional tax return for the 2023 year of assessment by the end of August this year. They must calculate their estimated taxable income for 2023 (March 2022 to February 2023) and make the first payment.

Arendse says with the second provisional tax return, due at the end of February 2023, there are two rules, depending on whether the taxpayer’s final assessed taxable income is above or below R1 million.

She adds that the second estimate is far more important than the first one. If it is lower than what the rules prescribe, it may result in understatement penalties.

“Sars may request a taxpayer to justify an estimate, particularly when it is below the basic amount with the first estimate.

“You must take that correspondence from Sars very seriously,” warns Arendse.

If Sars is not satisfied with the response, it can increase the estimate. This revised estimate is not subject to the objection and appeal process. “Your only remedy then is to take the decision on review before a high court.”

Arendse advises taxpayers whose estimates are challenged to explain their estimate as if they are compiling an objection letter.

“Provide Sars with a fully rounded and reasoned justification on how you arrived at your estimate.”

Who is a provisional taxpayer:

* Any person other than a company who earns income by way of:

(i) remuneration from an employer that is not registered as an employer; or

(ii) any amount other than remuneration or an allowance or advance subject to certain exclusions;

* Any person notified by the Sars commissioner.

Who is not a provisional taxpayer?

* An individual who derives no income from carrying on a business if: