Sars does not have statutory authority to covertly gather evidence – Advisory Board.
By Inge Lamprecht 28 Apr 2015  16:15 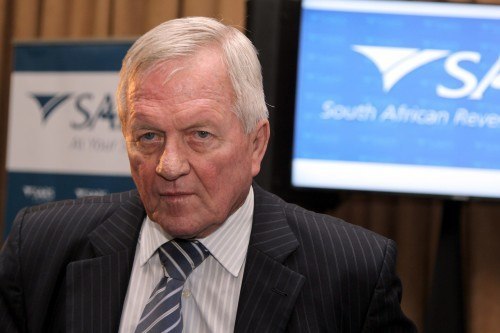 In the podcast below retired Judge Frank Kroon talks to the author about the Sars Advisory Board’s work.

JOHANNESBURG – The South African Revenue Service (Sars) Advisory Board has found that the establishment of a secret unit within Sars in 2007, which covertly gathered intelligence, was unlawful.

Speaking at a media briefing in Johannesburg, chairperson of the board, retired judge Frank Kroon, said the “unlawfulness derives from the fact that Sars does not have and did not have the statutory authority to covertly gather evidence”.

Drawing from the Sikhakhane report and other reports, it also found that the use of financial and human resources by Sars for the unit had no legal basis, and constituted wasteful and fruitless expenditure.

The Sikhakhane report followed from an investigation into some of the media allegations surrounding the covert unit and specifically the conduct of former group executive Johann van Loggerenberg.

The Minister of Finance, Nhlanhla Nene, appointed the Sars Advisory Board (SAB) in February this year to advise the Minister and the Commissioner, Tom Moyane, on how to deal with the allegations of a secret intelligence unit operating within Sars.

The board’s primary task is to guide the direction of long-term strategy at Sars.

Kroon said Moyane has disbanded the covert unit and no Sars members are currently engaged in activities that are unlawful or outside of the Sars statutory mandate.

The board recommended that the individual members of management who erred in the unlawful establishment of the unit “should be held to account”.

It also recommended that the disciplinary proceedings against the Sars members who were suspended following the receipt of the Sikhakhane report, former deputy-commissioner Ivan Pillay and former group executive Peter Richer, should be finalised as a matter of urgency.

“To the extent that crimes may have been committed pursuant to the establishment of the unit, the SAB recommends that Sars report the matter to the SAPS with the request that the necessary investigation be accorded priority and any persons who may have contravened the law, speedily be brought to book,” Kroon said.

He said the establishment of the unit has harmed the public’s confidence in Sars and that the organisation had to win back and maintain the trust and respect of taxpayers.

Kroon said the SAB recommended to the Commissioner of Sars that the organisation should urgently embark on a process to determine the exact role Sars should be playing in combatting tax and customs related crime, and whether the current statutory powers and functions of its officials, as well as the budget and capacity allocated to this function, need to be changed.

The board said it did not consider an e-mailed letter written by former Sars spokesperson Adrian Lackay on the issues at Sars, as the letter was address to chairpersons of standing committees of parliament and not to the board.

In the letter Lackay asked the committees to engage with Sars and to ask former officials Pillay, Richer as well as Van Loggerenberg and executive to deputy-commissioner Pillay, Yolisa Pikie, to make submissions to the committees in order for a “true version” of events to be considered.

Kroon said the Sikhakhane report is a very comprehensive report and the panel responsible for its composition should be congratulated on the thoroughness in which they dealt with the matter.

He said persons who were required to give explanations were given the full opportunity of doing so to the Sikhakhane panel.

The Sikhakhane panel’s report was made public on Tuesday as the panel believed it to be in the public interest.

Gordhan knew of the unit – how can he be left out of proposed action, even involving the police!
Anyway, this Kroon is wrong – us as SA tax payers are only interested in results in fighting and stopping crime, nothing else. It seems the unit did just that – it used own intelligence to uncover major syndicates in drugs and vehicle theft and was meant to recover tax lost to the state through those crimes. It’s a hell of a lot better than what the Hawks, SAPS or National Intelligence ever did. The last effective unit SA every had in fighting crime was the Scorpions.
So Kroon is smoking a pipe of ….when he reckons the SA public is worried at all about the so-called “illegal” unit!
Bring it BACK!

What does this Kroon have to say about the suspensions being a power battle – what does he say about the T-shirts that the ANC wanted to smuggle into SA without pay import duty!
What has Kroon done to speak to Lackay to get his side of the story! Nothing! Kroon is a ANC/Zuma side-kick!