A large number of taxpayers and tax advisors mistakenly believed that merely ticking the box meant they had ceased tax residency …
By Thomas Lobban 20 Jul 2022  00:05 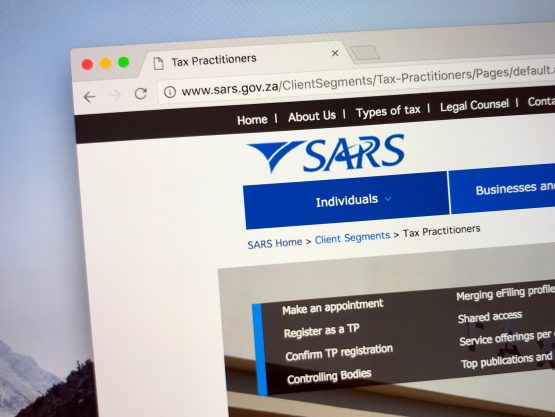 An ITR-12 checkbox allowing a taxpayer to indicate whether they had ceased to be a tax resident of South Africa has been greyed out this tax season. This has confused many eFiling users wishing to leave the country permanently.

“Which line do I tick to ensure that I am a non-tax resident?” asked one taxpayer. “The second option is blank for me. However, I cannot tick the first option as I am not a foreign national.”

Read:
Tax filing season off to a slow start due to technical issues
Tax season will be shorter this year

This type of question may be the very reason the South African Revenue Service (Sars) chose to disable the checkbox.

The checkbox was never meant to cease tax residency. It only allowed the taxpayer to indicate they had already done so, so Sars could double-check that the process had been concluded correctly.

A large number of taxpayers and, disturbingly, tax advisors mistakenly believed that merely ticking the box meant that they had ceased tax residency, but this is just not true.

Thus, this is a welcome move by Sars.

A complex process, not a simple tick

Ceasing tax residency is a complex process, one that Tax Consulting SA terms ‘financial emigration’. It requires a taxpayer to prove to Sars objectively their intention to remain outside South Africa permanently.

If they cannot, Sars will continue to treat them as a resident taxpayer and they will pay tax annually on their worldwide income, even if they live in another country.

The process requires the applicant to submit an elaborate roadmap to support their claim of non-residence, backed by the required documentation and authoritative evidence.

Disabling the checkbox may indicate that Sars is aware of the misconception that this simple option is creating and is taking steps to correct the problem.

Read: Hidden teeth in new letters of non-residency from Sars

If a taxpayer’s tax advisor told them that ticking the checkbox is all they need to do, they should immediately seek out a tax consultancy that specialises in expatriate tax and the financial emigration process.

A tax advisor who doesn’t understand this critical distinction is exposing an individual’s foreign income to significant tax risk.

More changes that focus on expats?

The greyed-out checkbox may also be a red flag for expatriate taxpayers.

Expatriate taxation has undergone continuous change over the last several years as Sars strengthens its focus on this type of taxpayer. This includes advances in the technologies it employs, international information sharing agreements it has cultivated with foreign tax authorities, and the legislation that supports its mission.

I see the disabled checkbox as a sign that Sars is continuing to refine its processes to identify, trace, audit and collect from expatriates, as well as prosecute those who are non-compliant.

Read: Tax emigration: Definitions of resident and non-resident are ‘misaligned’

It is therefore imperative that taxpayers wishing to cease their tax residency follow and complete the financial emigration process correctly from start to finish.

Without the confusing checkbox, they are more likely to do just that and achieve their goal sooner.

Expatriates who are successful in their application to cease tax residency can apply to Sars for a Non-Resident Tax Status Confirmation Letter, first introduced last year. But this certificate does not come for free.

While taxpayers will effectively be subject to an audit during their initial application, requesting the letter will trigger a secondary audit to verify the process was completed correctly. Yet, it is a document every expatriate will want to possess.

More recently, Sars began sending out rejection letters to those who had not followed the correct process or who had not provided sufficient proof of their intention to leave the country permanently.

The high number of rejection letters Sars is currently issuing demonstrates how exacting the process is and how easy it is to get it wrong.