Government seems set on limiting the offset of assessed losses against current income despite the devastating impact of Covid-19 trading restrictions and violence and looting that left businesses kneecapped.

National Treasury wants to limit the offset of assessed losses carried forward to 80% of the taxable income in each subsequent year. The proposal was first mentioned in the 2020 Budget and has now been published in the July Draft Taxation Laws Amendment Bill.

While a trade-off between limiting losses and lower rates can be justified, the South African Institute of Taxation (Sait) says it questions the timing of introducing such a limitation given massive losses caused by Covid-19. A one- or two-year delay should be considered once South Africa enters into a genuine recovery phase.

This limitation is, in part, aimed at funding the planned reductions in the corporate tax rate (28%), in line with global trends.

Sait’s corporate tax work group says in a submission to treasury that it understands the basis for the proposed limitation. The trade-off of limiting losses should presumably result in a more reasonable corporate rate of 25% to be worthwhile.

However, it does appear that SA continues to adopt anti-business policies from elsewhere in the world (in the name of anti-avoidance) which favour the fiscus whilst failing to adopt taxpayer or business friendly policies that the other countries do adopt.

Sait says it does not support a blanket application to all taxpayers. It suggests differential carveouts, with some being total carveouts and others for a limited period. Farming is in most need of a carveout.

Tsanga Mukumba, associate at Cliffe Dekker Hofmeyr, says in a recent tax alert that suffering financial losses is a “near inevitable part” of doing business.

“International and South African tax policy has customarily allowed taxpayers that expend more than they earn to set off these losses against current or future income,” he notes.

“This shields start-up businesses yet to turn a profit and cyclical businesses subject to low income or high expenditure periods from a tax cost until the income earned is deemed sufficient to warrant a tax burden.”

Another shock for South Africans who need retirement funds to emigrate

Mukumba says while the proposal does remove some of the shielding provided to taxpayers who have suffered significant assessed losses, it allows the majority of an assessed loss to be used and the balance carried forward to subsequent tax years. “Meaning the full assessed loss may still be utilised, but over a longer period.”

Sait proposes some carveouts for micro enterprises. Industries which experience significant fluctuations over seasons longer than a financial year, which swing between large profits and losses (such as farmers), should be excluded from the rules.

It also refers to start-ups in capital intensive industries with accelerated allowances, such as mining and renewable energy, and companies emerging from business rescue proceedings.

Sait also submits that these provisions should not apply in respect of pre-trade expenditure and consideration should also be given to phasing in the measure to arrive at 80% over time.

Nato Oosthuizen, partner at BDO, says in a strained economy it cannot be beneficial to lower the corporate tax rate by 1% but limit the carry forward of assessed losses and deductibility of interest.

Oosthuizen also believes that the umbrella approach to limit assessed losses in respect of corporate taxpayers is not the best solution.

Mukumba says it remains to be seen whether corporates and investors value the certainty of a lower corporate income tax rate more than flexibility in the system of taxation.

The flexibility at least takes into account the economic position of businesses that have suffered significant past losses and may yet struggle with cash flow constraints.

In its submission to treasury PwC remarks on the lack of group sharing of losses for larger South African groups. “South Africa is again quick to impose a one-sided set of restrictions from international comparisons without any corresponding (and well-accepted) positive offsets.”

Has SARS thought about where the cash will come from to pay the tax. If you have made a loss it means you have that much less in cash. So if you make a profit the next year and you only have a % of the loss to deduct it means that SARS is causing entrepreneurs to put in extra capital or to borrow to pay the tax.

I thpought the government needs more entrepreneurs to create jobs. Not encouraging them to go in business if they whip those that are not succesful.

But then we know the governments is not caring about it’s citizens, their biggest worry is how to create pools of money to steal from.

SARS cannot create 100% wear and tear allowances to stimulate investment and then say sorry the deduction is time-fenced.

A place to start with abuses of the tax system is stopping the use of acquired tax losses. The US has a neat system. If the company acquired had a tax loss, the new owner can utilise that loss at the official rate per annum. So if Fed rate is 2% and the accumulated loss was $1000, the new owner can only apply $20 a year. That takes care of the schemes very neatly

What we really need is a much simpler tax system.
Why not start a transition to drop all income and corporate tax (or dramatically lower it) and move to VAT.

Those who earn & then spend more naturally pay more tax.
You can zero rate basic goods.
Compliance and tax collection is super easy with a VAT in/output.

It’s the overly complex system that creates loopholes in the first place + the smoke and mirrors governments love to tax us more.

Some of the biggest tax frauds are Input VAT schemes (I recall the Guptas had one), and the higher the rate the greater the incentive to devise more.

If we use the split according to stats SA (http://www.statssa.gov.za/wp-content/uploads/2019/06/pie1.png) and assume in order to address the fiscal deficit and debt problem state revenue needs to stay the same, the VAT rate would need to increase to over 50% to compensate.

Even if we assume improved efficiency and less state expenditure the VAT rate would still need to increase significantly. And under a VAT only system, the loss making companies will have significant tax liabilities but no tax incentive to carry on trading.

Using a profit / net income tax system is a better system in my opinion. I though agree that the rules and regulation regarding tax need to be simplified a lot in order to improve and ease both compliance and collection.

The UK used to restrict the offset of losses to profits of the same trade, which also helped.

It is QUITE CLEAR that SARS and the ANC are looking for more tax.

They want to milk the cow until it’s anorexic.
And then have the cheek to ‘limit losses’.

Even worse with their ‘sars is done playing nice ads’.
I’ve been 100% compliant and yet have still been audited for the last 6 years without fail… Why? Because I bought and sold a property for a small profit in about a year 6 years ago. SARS decided to question why I could’ve somehow made a one off profit and have never stopped auditing me since.

So basically they can go get €¥¶`=√
Because it’s very clear being criminal is acceptable & you can get away with it, but complying just ends up costing you more time, money and effort.

I think they audit everything and everybody. It places a big burden on them as they mostly audit legitimate tax payers. So why you do it every year is beyond me.

I just in the last minute had a call from them. Also auditing me and the question asked to me did not make much sense as it makes no difference.

They probably have an old IBM or Apple 1 computer deciding who to audit.

The constant threats is annoying to say the least.

This is an arm of a bunch of ex freedom fighters out to plunder and pillage. So I guess it is to be expected.

Is SARS still corrupt? Shouldn’t you start there first? Why pay a corrupted tax revenue service and when do we claim remuneration?

Kill the goose that lays the golden egg.

Another genius move from our government. Just shows they’re totally out of ideas.

I have a great idea on how the government can reduce taxes and grow the economy: REDUCE EXPENDITURE. We have 16 million people on social grants, free health care, free school education, free university education and free RDP houses. Add to that free electricity, free water and free refuse collection because people simply don’t pay. Then there is a gigantic parliament with 400 members (for 59m people and the USA 460 for 330m people), a bloated cabinet of 28, hundreds of traditional leaders and 2,1 million civil servants which to a large extent, does very little. It is not that the income is too little- the expenditure is simply too much. 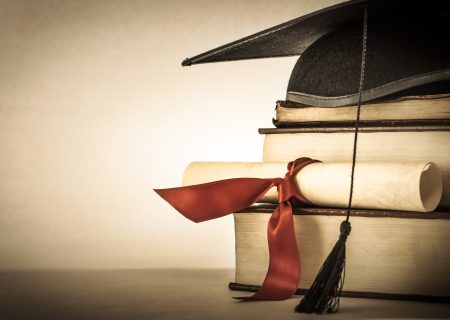