After lending its name to a flagrantly misleading assurance reporting process.
By Barbara Curson 21 Apr 2020  00:01 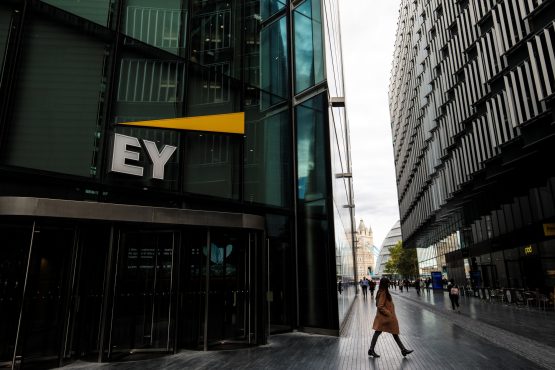 EY was found to have compromised its independence, integrity, objectivity and professionalism. Its treatment of the whistleblower was appalling. Image: Jack Taylor, Getty Images

The details are revealed in its judgment dated April 17, 2020.

EY, one of the Big Four accounting firms, provides advisory, assurance, tax and transaction services globally. It operated under the name EY Dubai in the United Arab Emirates.

In 2013, Rihan, the whistleblower, became aware of serious irregularities in the business operations of an audit client, Kaloti Jewellery International DMCC (Dubai Multi Commodities Centre). The irregularities raised the possibility of money laundering.

Withstanding pressure from EY and the DMCC to sanitise his audit and compliance report of Kaloti, Rihan and his family felt compelled to temporarily leave Dubai for their own safety.

When EY tried to coerce Rihan into returning to Dubai in 2014, he was forced to resign. He says that over the next few years he was blacklisted and unemployable.

The court judgment is focused on whether Rihan was entitled to damages for negligence and conspiracy to injure and, if not, the damages he was entitled to – but the evidence led and the court’s findings are in my view a damning indictment of EY’s role in this matter.

Kaloti purchased and refined gold. The irregularities uncovered on the audit are briefly summarised below:

Fearing for his and his family’s safety, Rihan located to the UK in 2013.

Senior EY officials “developed proposals that amounted to acquiescence and collusion” with DMCC’s plan to protect Kaloti from an adverse audit finding.

Rihan protested that this was unethical, amounted to professional misconduct, and should be reported to the London Bullion Market Association.

EY tried to force Rihan to return to Dubai. He refused on the basis of security concerns. He had previously privately disclosed the irregularities to the international NGO Global Witness, which, when it was clear Rihan had to resign, publicly released Kaloti’s businesses practices.

Getting ‘in’ by any means

Testifying in court, Rihan recalled a meeting held in London in 2013 with Hervé Labaude, EY general counsel for the region, at which Labaude applied pressure on him to sign the sanitised audit documents.

Labaude uttered a French quote, which translates as: “If we can’t get in through the door we get in through the window”. The court accepted this to mean that Labaude was accusing Rihan of preventing him from devising a means of avoiding disclosure of the real Kaloti audit findings.

A brief summary of the findings

The judgment includes a detailed analysis of how the court arrived at the total sum of damages payable to Rihan, finally determined at $10.8 million (R202 million) for loss of earnings and future loss of earnings, and £118 000 (R2.76 million) for medical and insurance cover.

This appalling treatment of a whistleblower, the consequences for any future employment, the dire consequences on his health and the attempted cover up of criminal activity is yet another huge blot on the accounting fraternity.

But do they care?

The scandals that have afflicted the Big 4 accounting firms are not surprising. More should be done to investigate the underlying culture of these organizations and what “eccellence” and “values” are being rewarded in their audit seniors managers and partners. Often the servile and weak are promoted with no emphasis on integrity and character. These lily livered auditors should be scrutinized in depth.

It is a case of, and counts for every organisation with more than 1 employee: where is / who is the weakest link in the organisation?

This is disgusting! Hats off to Mr Rihan for standing his ground against these “custodians of integrity”. It just goes to show, the only thing that matters is billable hours and partner profits. They are actually like hookers: anybody, anytime, any place- as long as the money is right.

I am retired for many years, but well remember the regular comment in my corporate environment, which was “Not to worry, auditors are there to do what you tell them to do”.

What a brave man. Imagine the years of stress he and his family endured. It seems that the role of the Auditor has subtly morphed into the role historically played by mob lawyers like Frank Ragano, Bruce Cuttler etc. Crime has “grown up” and modern day criminals require different skills to escape the law, but it seems this poor whistleblower didn’t escape the warning of a dead canary, albeit a more subtle delivery style. Shame on EY and isn’t the global head a South African?