In the final stretch of talks, governments around the world are jostling to safeguard their tax sovereignty and win a bigger share of levies on tech giants.
By Isabel Gottlieb and William Horobin, Bloomberg 1 Jul 2021  08:20 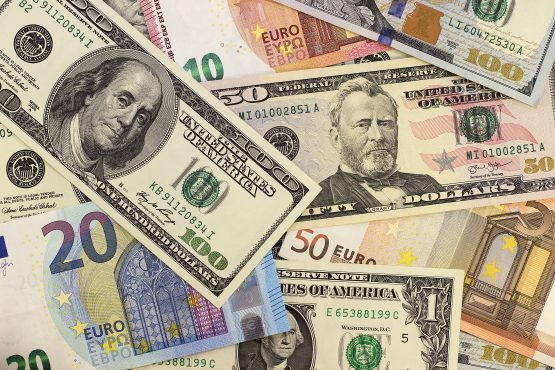 Negotiations among more than 100 countries to overhaul global taxation are facing key questions as rich nations seek to persuade many developing economies to reach a preliminary deal in the next 10 days.

In the final stretch of talks, governments around the world are jostling to safeguard their tax sovereignty and win a bigger share of levies on tech giants. The maneuvering is making it harder for officials to win over some key countries, including India and China, which have reservations about an accord.

Technical talks hosted by the Organisation for Economic Cooperation and Development aim to upend decades of tax laws and agreements, drive more tax revenue to governments and address concerns that multinational companies like Amazon.com Inc. and Facebook Inc. aren’t paying enough. An accord could also roll back the domestic digital taxes some countries have implemented, soothing growing trade tensions with the US. The Group of Seven advanced economies had struck a deal earlier in June on the broad outline of creating a global minimum tax of at least 15% and rules to give more revenue to countries where companies make sales.

Yet ahead of a key OECD meeting Thursday, some countries outside the G-7 have bristled at accepting a deal decided by rich countries, raising uncertainty about what kind of consensus the technical talks can settle on. Whatever is decided will be considered by Group of 20 finance ministers in Venice next week.

The goal of both meetings is to reach high-level consensus on the principles of the plan, OECD officials have previously said, with further agreement on the plan’s details likely to come later in the year.

Several G-7 officials expressed optimism that the talks will overcome obstacles, leading to progress at the G-20 meeting, although one warned the state of talks with developing countries means things could go either way in Venice.

One issue may have been resolved already. Negotiators accepted a UK proposal to ensure that financial firms, such as global banks with head offices in London, would be exempt from the new rules, according to people familiar with the discussions who spoke on condition of anonymity because the talks are private.

Officials face political challenges in the days and months ahead as they try to work out a deal that satisfies the 139 countries involved in the talks.

Some nations have argued the deal doesn’t go far enough in raising and redistributing tax revenue.

“There is a substantial risk that developing countries basically get nothing in terms of additional revenues” from the OECD plan, Martin Guzman, Argentina’s economy minister, said at an online event Monday.

And there are concerns about getting some of the world’s biggest economies outside of the G-7 to sign on to a deal.

US Treasury Secretary Janet Yellen spoke on Tuesday with India’s Finance Minister Nirmala Sitharaman to stress the countries’ “shared interest in implementing a robust global minimum tax.” An Indian government official told news provider Bloomberg Quint after that call that the country is opposed “in principle” to a common global minimum tax rate.

Another major question mark is whether China will agree. The country is concerned about its ability to attract high-tech investment under a minimum tax plan, Bloomberg reported in June.

A senior European official said last week that it was difficult to gauge what China would demand at the G-20 and there’s a risk the world’s second largest economy would not easily sign a deal brokered by G-7 countries, potentially delaying the whole process by years.

The OECD plan is divided into two separate pillars, or broad objectives that together would underpin a deal. Pillar One is concerned with sharing rights to tax the profits of the world’s largest multinationals, and Pillar Two with setting a minimum corporate rate.

The bulk of the plan’s revenue gains will come from Pillar Two, the minimum tax plan, which could raise $150 billion of extra revenue for governments in combination with proposed changes to the US’s global minimum tax, Pascal Saint-Amans, the OECD’s top tax official, said June 14.

Pillar Two would let one country collect extra tax from a multinational that’s paying below the minimum rate in another jurisdiction. Finding agreement on that rate could prove contentious.

The US in May proposed at least a 15% minimum tax rate, which the G-7 endorsed. Officials from some low-tax countries have spoken out against a 15% rate — including Ireland, which has a 12.5% corporate tax rate, and Hungary, whose tax rate is 9%.

Meanwhile, others are calling for a higher number after the G-7 said it should be “at least 15%,” and the OECD has previously suggested that the minimum rate may not be decided until the fall. Guzman said Monday that 15% is “way too low,” and that he’d prefer a rate of 21% — equal to President Joe Biden’s proposal for a more robust US minimum tax — or higher.

As the OECD group meets, G-7 officials are on a diplomatic offensive to try to convince holdouts. French Finance Minister Bruno Le Maire has held talks with with countries including Poland, Russia, Brazil, Saudi Arabia, India, and Turkey.

“We got a breakthrough described as historic at the G-7 in London a few days ago. Now we need to make this concrete this breakthrough at the Venice G-20 mid-July,” Le Maire said earlier this month.