‘Higher taxes not the answer to revenue shortfalls’ 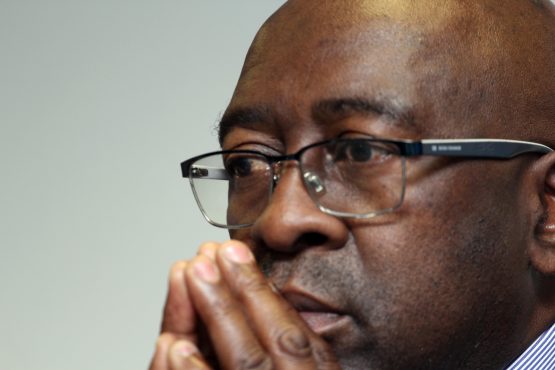 Higher tax rates are not the solution to revenue shortfalls, a tax practitioner has warned.

Nishana Gosai, transfer pricing practitioner at Regan van Rooy, says she fully agrees with the South African Revenue Service (Sars) that everybody should pay their fair share of taxes and that tax compliance is important.

Over the last two years, there have been growing concerns about a slippage in tax compliance amid anger about wastage and corruption.

But Gosai says there is another reason tax compliance has deteriorated.

“We are simply, as an economy, feeling overtaxed. We are taxed out.”

National Treasury increased the Vat rate by one percentage point in April as a last-resort effort to stabilise the country’s deteriorating fiscal position. The top marginal personal income tax rate was increased to 45% in 2017.

There have been ongoing warnings that South Africa needs to increase its small tax base. While lower corporate income tax rates have been introduced in some other countries – making South Africa less attractive by international standards – the country’s weak fiscal position has made it difficult to follow suit.

Finance minister Nhlanhla Nene on Monday warned that the economic contraction during the first six months of the year posed an “additional downside risk to tax revenue”, raising questions about South Africa’s ability to stick to its path of fiscal consolidation.

Gosai says although governments do not like tax incentives and there are debates about whether the country will get the economic stimulus it requires, it can play a role in broadening the tax base. The US has introduced significant tax reforms, and the UK is also taking steps to ensure they don’t lose out after Brexit.

“They [the UK] are doing all sorts of things [related to] lowering their tax rates. What is South Africa doing?”

Wayne Fuller, head of group transfer pricing at Old Mutual, says despite all the shenanigans between members of the ruling party in the UK, its mantra has been that it is open for business.

“The minute you are open for business and you have policies that back that statement up, you will attract corporates.”

While small and medium enterprises are important, it is the big corporates that bring big jobs, high-paying jobs, and with that, tax revenues. Sadly, South Africa has lost value as a country and there is also uncertainty around policy, Fuller says.

Corporates aren’t going to move to a country purely for tax reasons, the entire package a country has to offer needs to be attractive. Tax legislation has to support the direction the country wants to go in, he says.

Gosai says while business decisions shouldn’t merely be informed by tax, efforts to combat base erosion and profit shifting globally have increasingly meant that tax considerations do play a role in evaluating the investment and commercial decision.

“It now has entered that space where board members are talking about tax,” she says.

The Nigerian attorney general’s allegation that MTN should have paid roughly $2 billion in taxes related to foreign payments and imports, and allegations that MTN unlawfully took $8.1 billion from Nigeria, have raised questions about whether the telecommunications giant should pull out of its biggest market.

“It is an eye-opener that these government policies can actually impact on a big giant like MTN deciding whether to stay or go in a particular country,” Gosai says.

She believes one of the things South Africa can do to promote itself as a transparent and certain tax jurisdiction in the transfer pricing space is to revisit advance pricing agreements (APAs).

Goverment admits that 35% of all tax revenue goes to unidentifiable expenses.

From 52 kings and queens, R3bil in private security for government officials and the constant SOE bailouts…

And for some reason out municipalities are bankrupt.

If the average tax payer must tighten their belt, they so can you.

It’s how you spend the money.

The ANC is open for corruption – that’s the problem. It is open for business on the condition that the ANC can corrupt money away.

Anyone could have told him that. You can never tax yourself to prosperity…NEVER

Effective tax ceiling is far far above 45%. If you consider rates on properties, CGT, dividends tax, fuel levies, transfer duties, electricity and water payments, Vat and sin tax, then I suspect you are probably closer to 60%-70%. In addition, you have to provide for basically all your own services, education, security, medical, elec & water etc.

On top of all of that, the government still cannot provide basic services to those who cannot afford the above nor even maintain SOEs which are not bankrupt despite being monopolies.

Very very sad state of affairs, that is what 10 years of looting will do. Welcome to try collect more tax, I suspect you will however push many people over the edge and they will depart.

…PLUS when one factor in the cost of security (armed response / palisade fencing / higher car insurance premiums) & private medical costs….in both cases the State should supply adequately with taxes well received.

…then I think tax burden overall could be around 70% of gross income(?)

I DARE THE ANC:

(…plus protect property rights, reduce red tape, reduce power of unions/change the Labour Law, take hard stance against crime; take a pro-business stance…and in the end the economy will be buzzing from local & foreign investment tripling the tax base)

…but for that the ANC’s current thinking needs to go. Or I go.

No Michael don’t go, we need you to stay in Klerksdorp.

Get rid of racist BEE policies and this will renew confidence and encourage investment in South Africa resulting in an increase to the tax base much quicker than supporting potentially inefficient ( at best) or corrupt ( at worst) ventures under the BEE mandate.

“Nishana Gosai, transfer pricing practitioner at Regan van Rooy, says she fully agrees with the South African Revenue Service (Sars) that everybody should pay their fair share of taxes and that tax compliance is important”.

Glib comments that are really meaningless nonsense. Economists and others spend centuries discussing what a “fair” price was. The farmer thought his sheep was most valuable and should command a premium price. The consumer thought that mutton was passe and a mere commodity and as such should be ‘reasonably’ priced so all could afford meat. Eventually they concluded that the only “fair” price was that which the buyer and seller mutually agree on. Mutual consent.

Now what is a “fair” tax? What is a “fair” rate? There is no mutual consent only fiat (decree) and unilateral force or threat of force. Who decides and determines what is fair?

So don’t come with BS, please.

Apart from tax is the question of “ease of doing business” in SA.

Apart from the chokehold of CIPC and SARS, with the latter positively malfeasant, the ADMINISTRATIVE burden of the labour laws, BEE compliance adds a further tax in the form of consultants’ and advisors’ fees/

I am dancing to the tunes of my own violin while SARS is burning, just like Nero. The honest tax -paying worker was/ is mostly white due to anc skewed perceptions. Taxis are not taxed at all, free etolls, no annual tax returns to be submitted, subsidised poorly maintained vehicles. It is so lucrative that fairly often you get taxi wars as the taxi lords try to expand, not very far from the mafia business model.

Now for the burning news – the whiteys are emigrating. Those that are too old, retire with a reduced income and/ or become SASSA recipients. They furthermore encourage their children to leave by traveling over salty waters (see StatsSA about the dwindling numbers of whites). So dear SARS, your golden goose is busy imploding. You are NOT going to make your collection targetS any more, now and in future. Kry vir jou 🙂